I’ll be honest; World of Final Fantasy is not a title I was overly looking forward to playing. I’d seen some gameplay footage but it didn’t stand out compared to the much hyped and highly anticipated Final Fantasy XV. However, after spending some time last week trying the game on PlayStation 4, there’s plenty more to the cutesy title than first appearance. 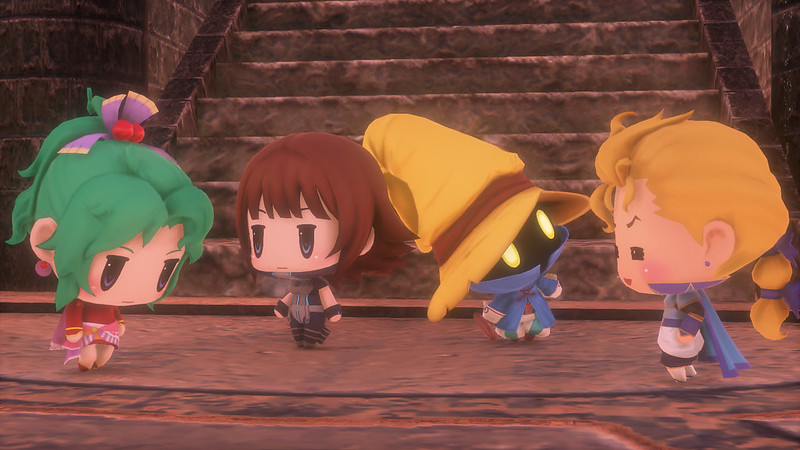 World of Final Fantasy is clearly targeted at a younger demographic, from its chibi art style, to simplistic and addictive monster capturing mechanics. Unlike FFXV which is realistic, violent, and action-centric, WoFF is a calm, relaxed gaming experience that does things on its own terms at its own pace.

Players take control of siblings Lann and Reyne, set in the world of Grymoire. Tama, a fluffy rabbit-like creature also joins the pair on their adventure, and you’ll also bump into some classic Final Fantasy characters along the way.

Environments are lush and colourful, vivid and bright, inhabited by monsters that are more huggable than terrifying. Even when I encountered an overpowered Behemoth that one hit killed my entire party; I still found the monstrous beast adorable. All creatures in the game are rendered in chibi form, except for Lann and Reyne who can shift between a cutesy appearance and their ‘true form’. 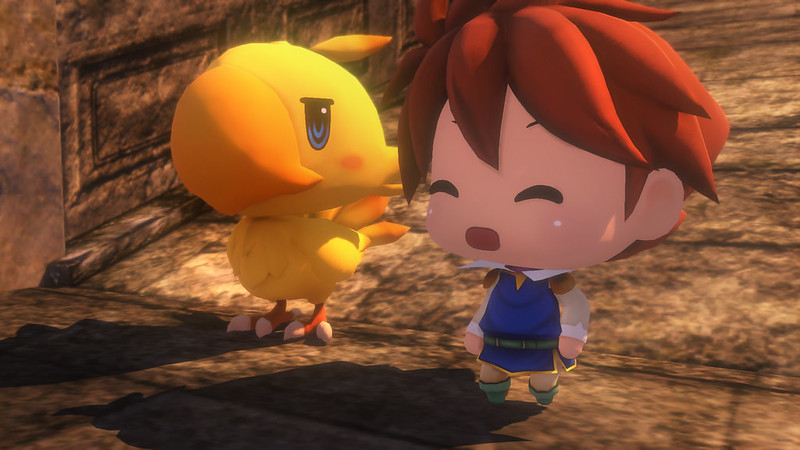 Combat uses an Active Time Battle (ATB) system as seen in classic Final Fantasy titles. There’s an option to switch between a one button action mode, or a menu-based system more in-line with retro Final Fantasy titles. No matter which option you choose, it doesn’t change the gameplay much and is purely preferential.

Asides from the traditional battle mechanics, WoFF also allows players to befriend; or rather Imprism monsters in the world, converting an enemy into a Mirage. In order to capture a monster, you’ll need to damage it enough without KO’ing the creature. It’s very Pokémon-esque in approach, but adds plenty of variety to party composition and gameplay.

Mirages can be used in battle or navigation. Larger creatures can be rode on much like a Chocobo mount, or used to solve puzzles in dungeons. One puzzle involved stacking Mirages to hit a target weight in order to progress further through the dungeon. They can also in used in battle as a party member on their own, or stacked upon a character for different effects. 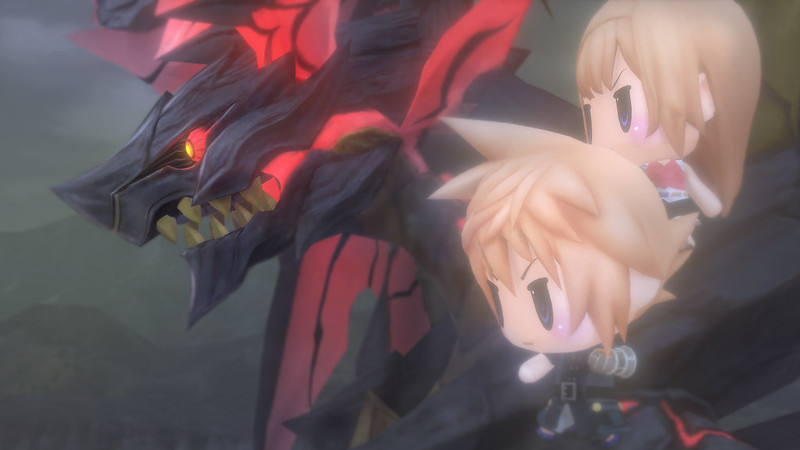 The stacking mechanic is both fun to use and cute to look at. Seeing a little critter sitting atop of Lann or Reyne like a totem pole is quite the sight. Asides from party-based Mirages, you can also summon some greater creatures through the use of Action Points (AP), but these monsters are only temporarily available and not a part of your party.

Dungeon crawling tends to be linear in design and easy to navigate through, with treasure chests mostly obtainable through very little deviation off your main track. Dialogue is well written and voice acting is top notch, filled with plenty of humour to get a chuckle out of you.

Available on both PS4 and PS Vita, I felt WoFF is better suited for the handheld system. Although the presentation is crisp and clear on a big screen television, the pacing, dungeon-crawling and combat suits short periods of gaming perfectly. The easy to understand mechanics means even odd distractions while commuting wouldn’t have too much of an impact on your play experience. 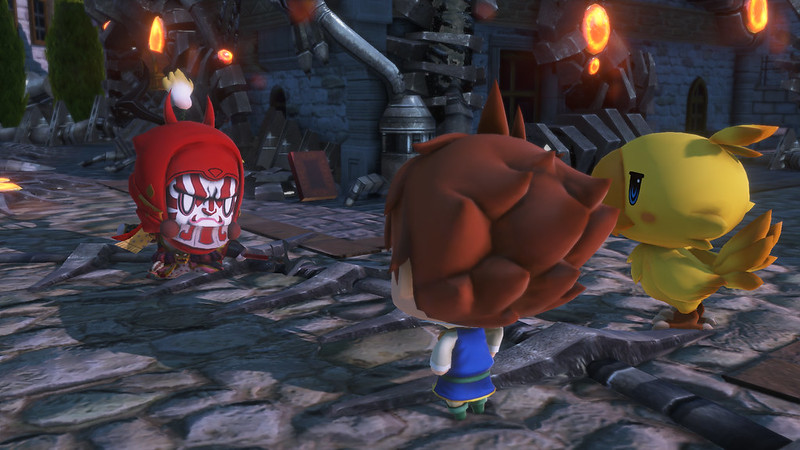 First impressions of World of Final Fantasy are promising so far. The title is a much grander and larger affair than you would expect, and even the family friendly art design and cute charm will appeal to a broad range of players beyond younger gamers. World of Final Fantasy is slated to launch in Australia and New Zealand on October 28th, 2016 for PlayStation 4 and PlayStation Vita.