This summer romance might just cost you your life...

World End Syndrome is the latest visual novel to be published by PQube Games, and this one is a collaboration between Toybox Games and Arc System Works. You play as a transfer student who becomes a new resident in a small coastal town called Mihate in an attempt to get away from his tragic past. He soon hears about a strange legend going around the town about the dead coming back to life every 100 years, and his hopes for a peaceful life by the sea are suddenly shattered when the body of a classmate is found. It turns out that this is actually the second recent murder, and there’s whispers that this may be the work of a Yomibito, a dead soul that is unaware that it has passed, and which slowly becomes more insane and violent over time. These rumours are strongly fuelled by the fact that this year marks the 100th anniversary of the last reported sighting of a Yomibito. You, as the protagonist, quickly find yourself caught up in these events, and are soon attending the local school while staying in town with your cousin.

Despite the dark setting, much of World End Syndrome plays out like a romantic visual novel. This small town has no shortage of beautiful women, from the protagonist’s teenage cousin, to a sexy journalist, to the attractive young daughter of the richest family in town just to name a few. Out of these, there are 5 different women who are dateable on offer, each with their own storyline and distinctive route in the game’s highly detailed overall plot. Where World End Syndrome really stands out compared to other romantic visual novels is just how well the individual character storylines are worked into the game’s dark story, and how organic they feel. The story was written by Tomio Kanazawa, a veteran writer, and it shows. Unlike many visual novels, where there’s a lot of repeated lines, the game manages to make each of the characters’ routes feel distinct and fresh. The quality of writing is very high, and a lot of detail has been worked in. 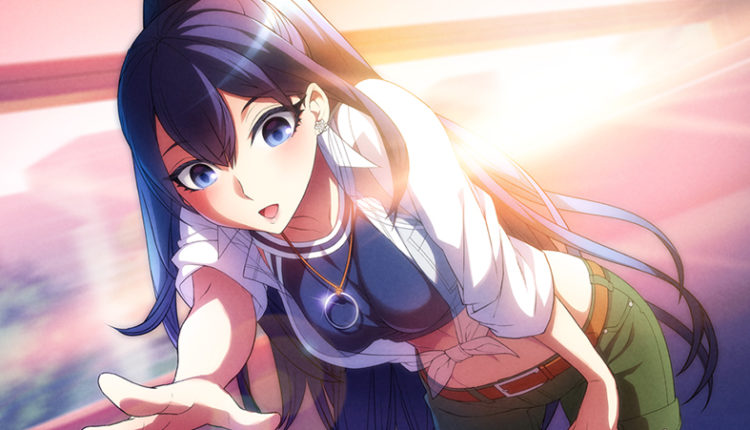 The game’s story is told over the course of the month of August, during the protagonist’s summer break. Each day is broken up into three sections: morning, afternoon and night. The game is totally non-linear, and for each time period of the day you can choose which location you want to visit on the town map. There’s a wide variety of locations on offer, including a cosy beachside cafe, a shrine, the main street, and a hospital. You’ll find a different character or combination of characters at each location, and trigger the beginning of an event for those characters. These events range from simple small talk, to a relationship building moment, to a chance to take on a mission that you’re given. Each event will usually earn you a affection point for the character involved, which goes towards your total. This total can be viewed at any time from the menu, and you’ll need a certain amount of points in order to unlock later character routes. Each route features your character eventually romancing one of the female characters, but danger is always lurking in the shadows.

World End Syndrome has a certain order that it wants you to go through the character routes in, with some of them being locked off until you’ve completed the starting ones and gathered enough affection points. Each character route reveals a little more of the game’s mysteries, until you finally reach the final route and true ending, where all the answers lie. To make this process much smoother, every time you make a manual save, the game also automatically updates its system data. This data keeps track of all the events and dialogue that you’ve already seen, and the game will even add icons to the map screen to show which characters can be found where, based on the events you’ve already viewed in your previous playthroughs. There’s a good amount of content in each character route, and it’s interesting to see how all of the pieces fit together. For example, you’ll see one character running around suspiciously in the background of a different character’s event, wondering what they’re up to. Only when you get into that character’s route later on do you find out what was really happening, and everything starts to make sense. 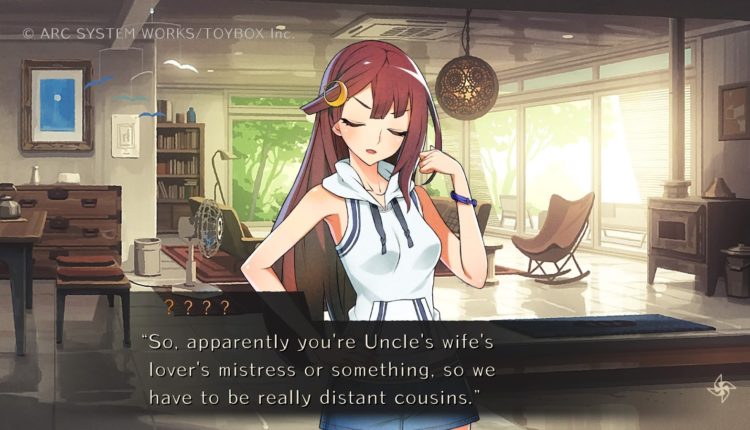 Graphically, World End Syndrome certainly doesn’t disappoint. The character designs were done by Yuki Kato, known for his work as an artist and designer for the BlazBlue series. It shows too, with the game featuring detailed illustrations and a strong variety of characters that feature his distinctive style. He really did a great job of bringing the inhabitants of Mihate Town to life. The game’s backgrounds are also excellent, painting a clear picture of this peaceful, beautiful seaside town. As an added bonus, most of the backgrounds are also subtly animated. This is something rarely seen in visual novels, and it’s a feature that really helps to add some extra life to the setting. For example, the game starts on with your character on a train, with the scenery passing by in the windows. There are spinning pinwheels throughout the town too.

A quality visual novel will always benefit from great voice acting, and World End Syndrome has it in spades. The game isn’t quite fully voiced, but there’s still a heap of spoken dialogue throughout, with much of it performed by veteran voice actors and actresses. There’s a few voices in particular that really suit their character perfectly, such as the journalist and school teacher. The background music is also well done and varied enough that it doesn’t get repetitive, even after playing through all of the game’s various routes.

World End Syndrome is truly a visual novel not to be missed. It manages to seamlessly combine the horror and romance genres in a way that will likely satisfy fans of both. Keeping the horror elements on the lighter side also helps to broaden the game’s appeal. There’s plenty of bang for your buck here too, with the game’s length coming in at around 50 hours. Overall, this is one of the best visual novels to be released in recent times, with only some minor story issues holding it back from perfection. Nonetheless, the story is a very enjoyable ride, with a couple of twists that will definitely catch players off guard. Fans of the visual novel genre and great stories in general should definitely check out World End Syndrome.