Those are some mean looking machines.

Guerrilla Games have released a video series for Horizon Zero Dawn, focusing on the larger and deadlier machines that inhabit the world in the distant future. 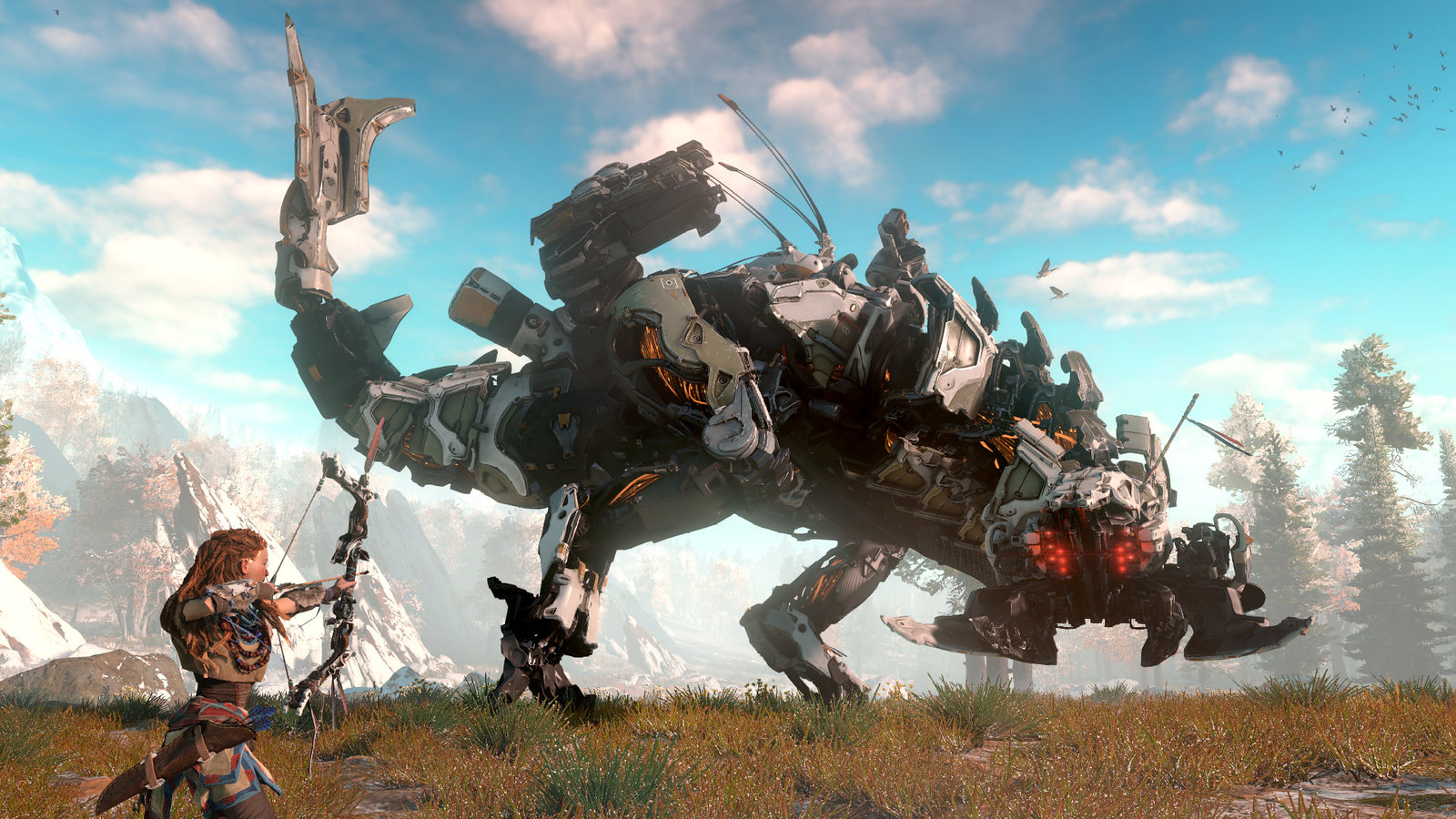 Horizon Zero Dawn presents a distant future in which pockets of humanity survive in primitive tribes, while these strange machines hold dominion over the Earth. Only the bravest of tribespeople dare hunt these machines – and only the finest hunters live to tell the tale!

There’s four stunning videos to explore below, each with a brief description on the menacing machines.

Thunderjaw
The combat-class Thunderjaw is one of the deadliest machines encountered in Horizon Zero Dawn. A formidable beast equipped with cannons, disc launchers and a mouth laser, its powerful ranged attacks will quickly cut down any hunter foolish enough to alert it. Space permitting, it can also unleash with a devastating range of melee attacks such as charges and tail swipes.

Snapmaw
An acquisition-class machine, the Snapmaw is frequently found basking in or near bodies of water, where it gathers valuable minerals from the sediment. It can move with surprising ferocity when alerted, lashing out with an array of melee attacks that include powerful lunge bites and tail swipes. For ranged attack, it first off cryo mortars that freeze the target on impact.

Stormbird
Soaring through the sky at high altitide, the fearsome Stormbird is a combat-class machine that can swoop down and attack its prey with tremendous force. It is just as dangerous on land as it is in the air, with a variety of swift and powerful attacks that range from wing blasts to claw slashes. Its enormous metal wings are capable of collecting and discharging the electricity in the air.

Behemoth
The Behemoth is a huge, rugged transport-class machine that uses anti-gravity technology to transfer precious cargo from smaller acquisition-class machines into its stomach container. When provoked, it may charge at the enemy or use its anti-gravity unit to hurt heavy objects. It is also equipped with a set of grinding drills that allow it to grind and propel rock projectiles.

The Legend of Zelda: Breath of the Wild Expansion Pass Detailed