Sony have announced a series of new limited and collector’s edition for Uncharted 4: A Thief’s End, including a release date of March 18th, 2016 for the Nathan Drake’s next big adventure. 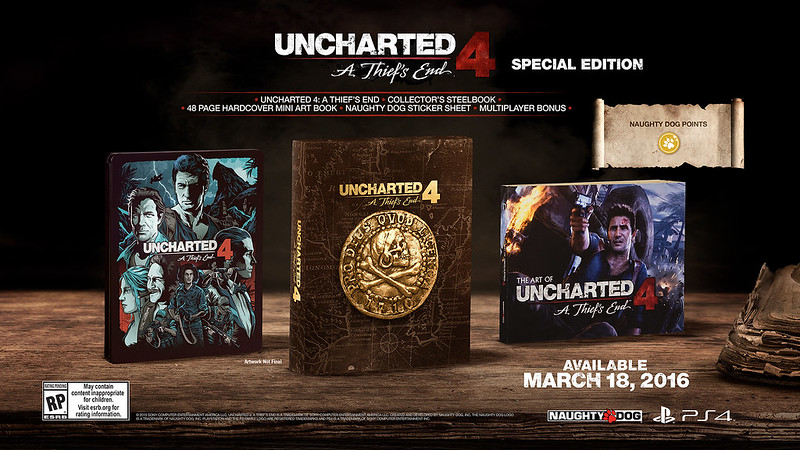 Uncharted 4: A Thief’s End will be available in a Special Edition which includes:

The Uncharted 4: A Thief’s End Special Edition is exclusive to JB Hi-Fi in Australia, priced at AU$119. You can place a pre-order here: [LINK] 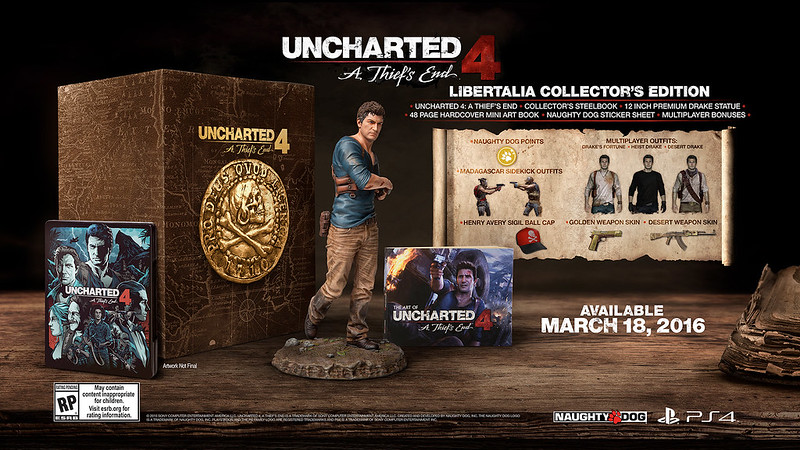 A step up from the Special Edition is the Uncharted 4: A Thief’s End Libertalia Collector’s Edition. This comes bundled with:

In Australia, this will be an exclusive to EB Games, currently available for pre-order here: [LINK].

It currently has a placeholder price tag of AU$199.95.

A Digital Standard Edition will also be available from the PlayStation Store that’ll include:

For those that want a little extra in the digital release, Naughty Dog will be offering the Uncharted 4: A Thief’s End Digital Deluxe Edition, which includes everything above plus: 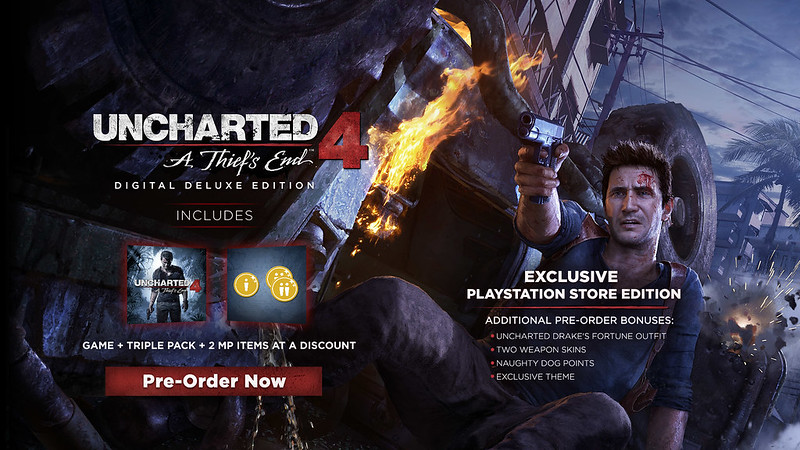 The Triple Pack will also be available to purchase separately as an add-on. If you already pre-ordered Uncharted 4: A Thief’s End through the PlayStation Store, you can update to the Digital Deluxe Edition to nab the discount on the Triple Pack.

Pre-order any of the editions listed above and you’ll also score yourself the Pre-Order Bonus Pack which includes: