The intense, dirt biking antics of the Trials series takes a futuristic turn with Trials Fusion. Renowned for its death-defying leaps, trial-and-error gameplay as well as its downright addictive nature, it’s a series that’s thoroughly earned its fan base – and more to the point, one willing to keep returning ‘one more time’ to finish its most unforgiving courses. 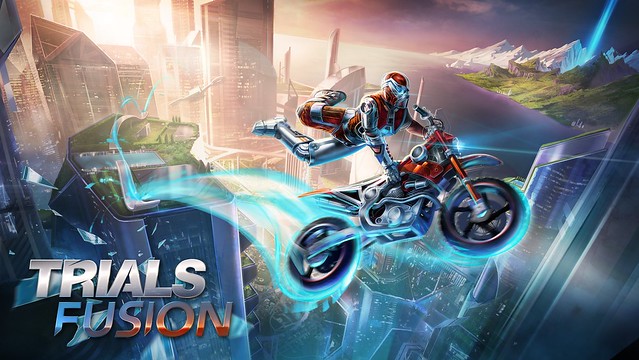 Beneath the surface, not much has changed in regards to Fusion’s gameplay, which does away with the urban presentation of its predecessors. Audio is much less of an irritation this time and while such a thing could well come down to personal preference, the electronic beats at least fit the vibe of the game’s futuristic setting. That said, anyone expecting to tackle nothing but sci-fi stages are in for a pleasant surprise, as the team behind Fusion knows exactly what it’s doing in terms of course diversity.

True enough, you’ll be trundling down plenty of shiny floors and dodging metallic death-traps, but the game is more than happy to send you hurtling through rolling hillsides and icy mountaintops to keep things from getting stale. The series has never looked better, though the Xbox 360 version we played did suffer from some pop-in, especially after pressing B for an immediate restart. Either way, Trials Fusion is more interested in being consistently entertaining than it is in being a technical marvel – and rightly so. 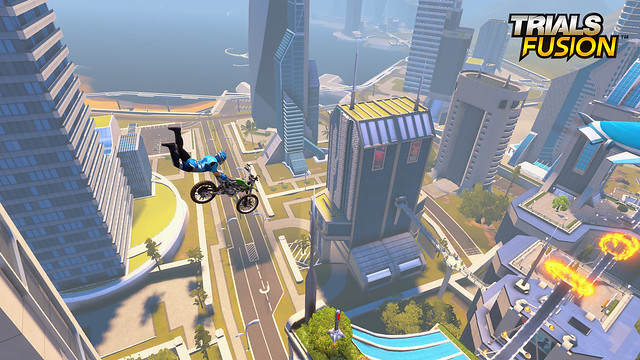 Voices speak over the on-screen action, making you feel just a little less alone than before. It can begin to grate when you’ve restarted from a checkpoint for the twentieth time –having to listen to that same piece of dialogue over and over – but it’s nice to hear more than just the cheers and screams of your own rider for a change. Far more impressive are the set-pieces peppered throughout, be it a dam bursting its banks or a platform shooting you skyward as the course begins.

Trials is a platformer designed to test both your dexterity and patience, rewarding you for nailing its tricky jumps and finishing in a respectable time. Likewise, those who never really bought in to the series for whatever reason will find little reason to do so here. In one new spin on the formula, the game eventually teaches you the basics of airborne trickery, presenting a new risk/reward system where showboating for too long will lead to an untimely demise. 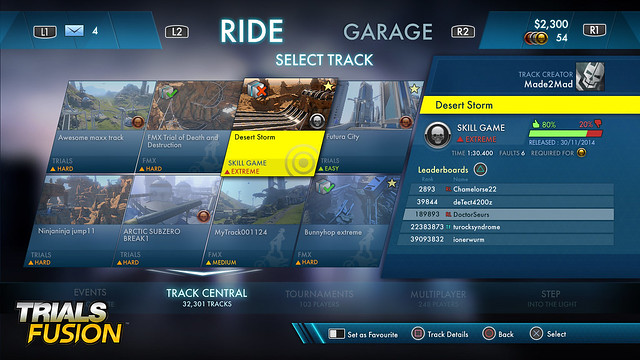 Local multiplayer is included right out of the gate, though you might find it’s less thrilling than the single-player portion overall. Trials is a far better party game when the controller is passed around and could entertain a room by simply frustrating the life out of each player. Online leaderboards and the track editor are available for those interested, though you’ll want to watch the tutorials on YouTube to get acquainted with the creation system. Such a thing is a time-consuming effort, and so only the most hardcore need apply.

Players with a ‘that’ll do’ attitude and a general apathy towards high scores may well find themselves wondering what all the fuss is about. It’s worth noting that with Fusion you’re simply getting more of the same, only with some added sheen and a few new bells and whistles. The opening theme states ‘welcome to the future’ and while the game never quite lives up to that lyric, this physics-based platformer is a worthy successor to Evolution. The price, however, is still a fair bit higher than it should be. 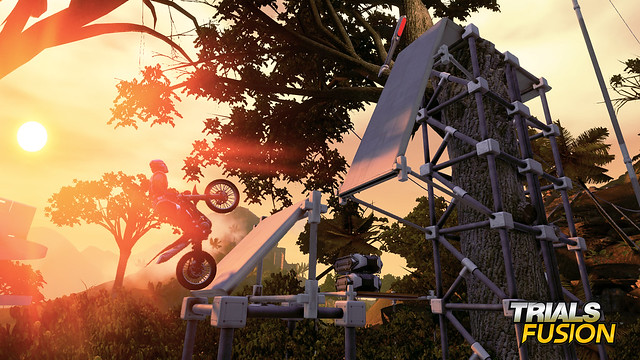