The Witch and the Hundred Knight Review

Nippon Ichi Software has proven with Disgaea that even less savoury characters can be charming without losing their evil allure. Unfortunately The Witch and the Hundred Knight doesn’t quite reach the same level of love despite having fundamentally been inspired by the long-running series. 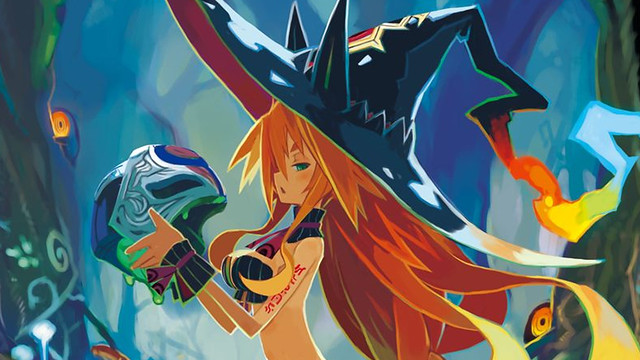 Metallia’s aim is to destroy her rival, Malia the Forest Witch and ultimately spread her swamp throughout the land of Madea. Playing as the Hundred Knight, it’s your duty to carry out these evil deeds so Metallia can achieve her goals, and that is where the initial problems begin to appear from its muddy waterhole. 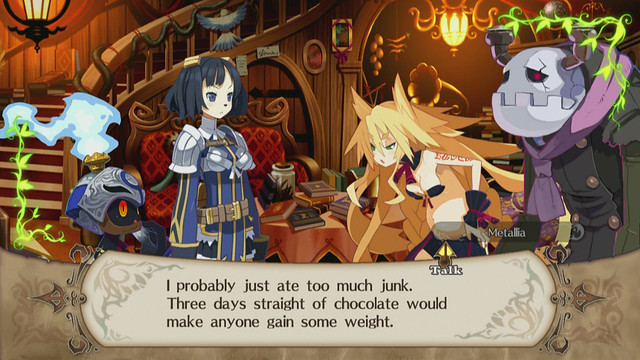 As the main protagonist of the game, Metallia simply put, isn’t very likeable at all. She possesses none of the redeeming qualities or humour of the characters from the Disgaea series, which left me disengaged and unable to sympathize with her cause. She’s just a downright nasty individual who; for some reason unknown to logic, the clueless Hundred Knight follows around and obeys for the most point.

Even the story is barely there, mostly side-adventures that do little to develop Metallia personality. The supporting line-up who interacts with Metallia adds an interesting contrast to her abusive persona which usually descends to obnoxious behaviour such as childish verbal assaults and profanity. It’s puzzling that any character can tolerate her or even aligned themselves with someone of her nature. Not even the final chapters with its central plotline can bring it together as anything remotely resembling a respectable bit of storytelling.

Towards the end, there is a glimmer of salvation but the last ditched effort isn’t enough to save Metallia from being painted as the horrid villain she truly is, but The Witch and the Hundred Knight does have its better moments. 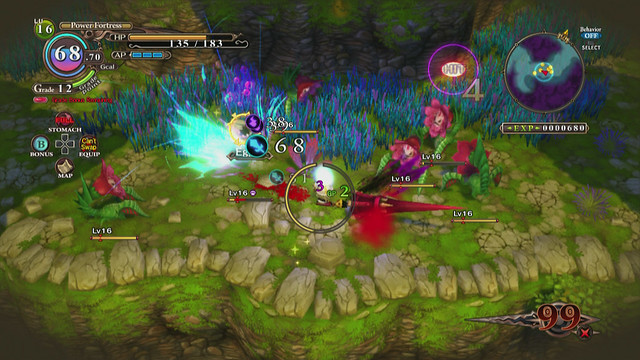 The gameplay is surprisingly in-depth for what amounts to an action-RPG adventure. It’s loaded with mechanics built upon mechanics from resistance, to immunities, to Grade Points, enemy behaviours and much, much more. It’s a case of feature overload as the amount of details is overly obsessive and unnecessary. Hundred Knight is just one knight, and a simple one at that.

As the Hundred Knight, you stagger around large open-world environments mowing down enemies with an arsenal of weaponry. Hundred Knight can equip up to five weapons at a time which you can cycle through to create combos. It’s hack-n-slash in the basic sense which initially starts off quite fun. Summoning Tochkas, magical creatures that work similarly to spell adds a level of support adds variety to the gameplay. Unfortunately once you realise spamming the same combo attacks can achieves the same result, any tactics you may have come up with quickly flies out the window. Your only constraint is the GCal System.

The GCal system is a time limit imposed on the Hundred Knight, draining with each attack, movement or action you perform in any given area. Most things you do drain your GCal which you’ll need to replenish regularly via Grade Points accumulated from battles. Grade Points can also be used to consume dying enemies for health regeneration so it’s a bit of a balancing act on when to top up your GCal or your health. This all adds a layer to the strategy involved and keeps it from descending into a mind-numbing exercise of button-mashing. 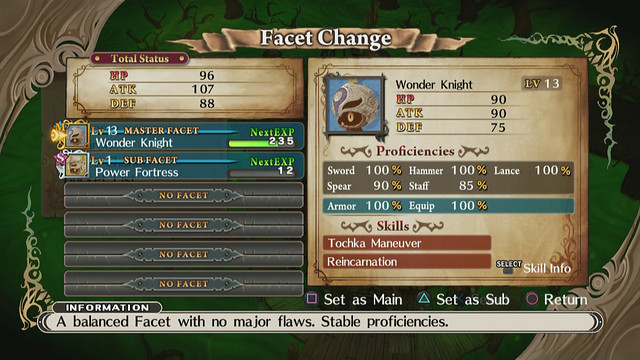 Most battles can be overcome with just half your brain function as a few swipes here and there is all you need to move on. The only hurdles are the resistance some enemies have against particular types that may have you adjusting your attacks, or the over-the-top one hit K-O attacks some enemies have. Since you initiate combat yourself, you can outrun the less desirable encounters if you’re feeling particularly lazy.

The isometric presentation is reminiscent of the Diablo and Disgaea series and character design and visuals are bright and generally top-notch. The Witch and the Hundred Knight doesn’t exploit the full potential of the PlayStation 3 processing power which may feel underwhelming for some, but I rather enjoy the blocky more retro graphics for this type of genre over the ultra-realistic look. For all the flawed gameplay and plot holes, the soundtrack accompaniment is suitably moody and refreshing with that distinctive J-RPG, toe-tapping flair. As expected, English Voice-acting is borderline cringe-worthy but delivers. 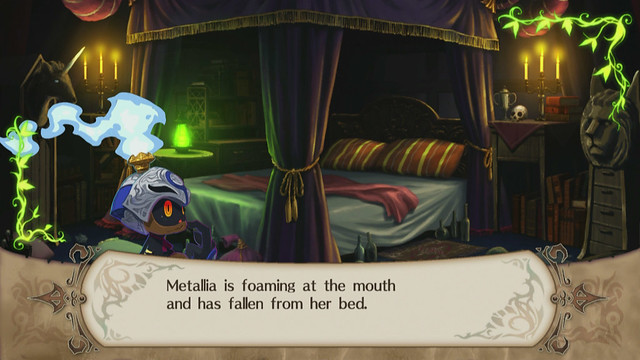 The Witch and the Hundred Knight is a disappointment because the potential is there and yet again the execution just doesn’t quite cut the mustard. I enjoyed the visuals, audio but the bulk of the gameplay and story element sinks into murky territory I’d rather not explore again. Nippon Ichi fans will get the most out of this latest offering, but this niche title will remain in a corner niche for all the wrong reasons.