The Legend of Heroes: Trails of Cold Steel II Review 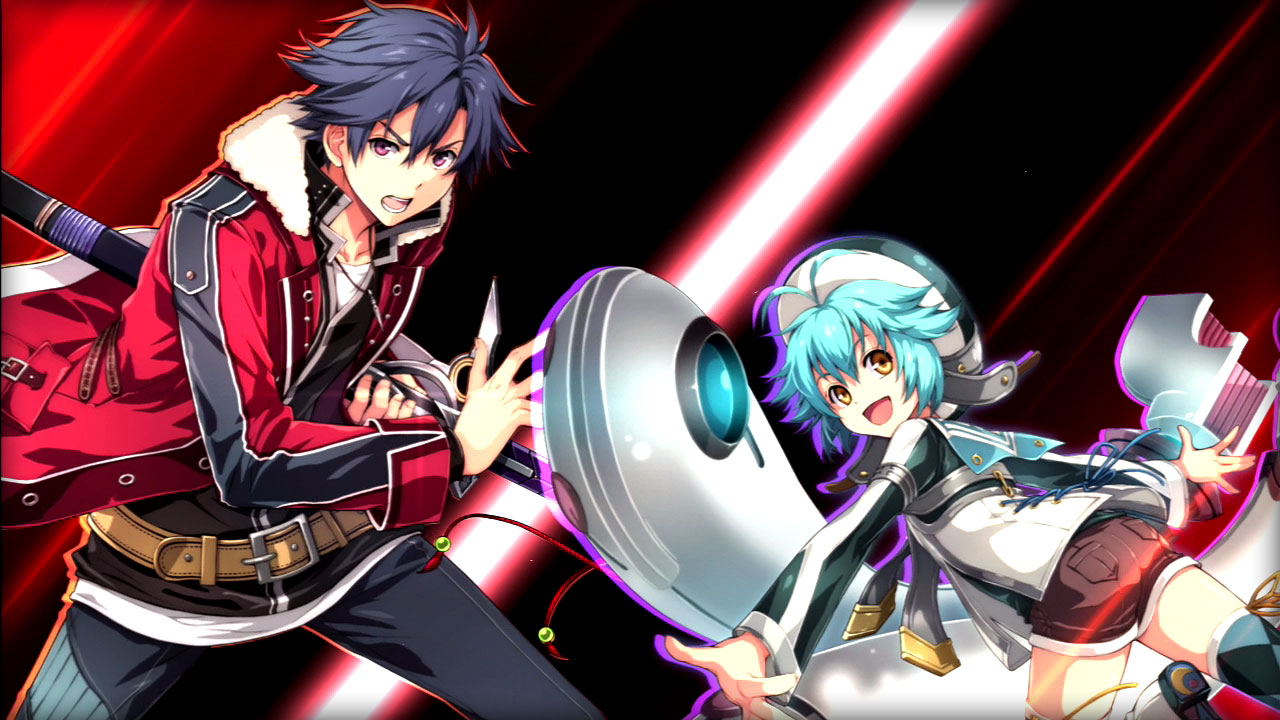 Rather than a true sequel, the game feels more like the second episode in a three part saga. It’s a direct continuation in every way, including heavy reuse of assets from the first entry. Although the game is a very direct sequel, there’s some good news for people who didn’t play the original game. The game’s main menu features an option that allows players to access a fairly detailed retelling of the first game’s plot. Covering all the major events, it includes pictures and even some voiced narration. It’s great to see that Nihon Falcom put the extra effort in to cater to people who are new to the series, just in case they decided to start with the second entry. 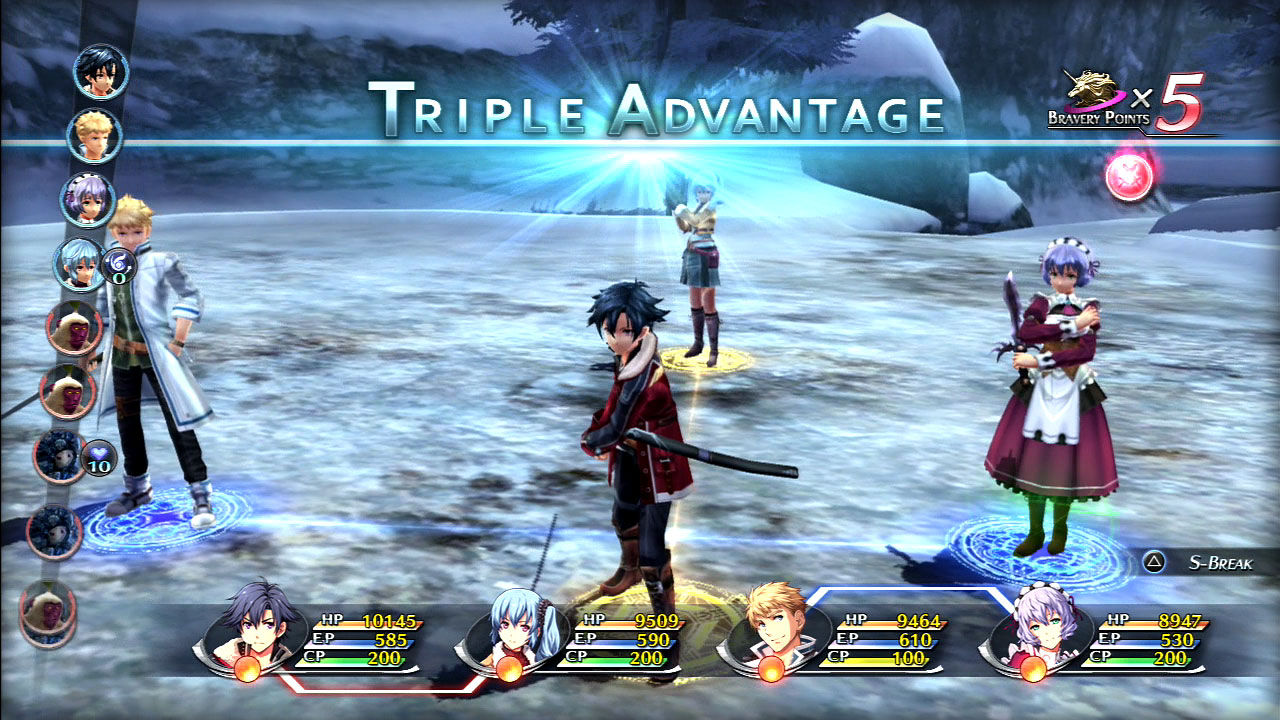 There’s heaps of different bonding events to see between Rean and his friends, all of which level up his bond with them.

The first game had a cliff-hanger ending, with everyone being left behind to fight as the main character manages to escape. Although it’s clear why the developers went with this kind of ending, it still feels somewhat unfair as they were essentially forcing players to keep buying the games in order to eventually see the story’s actual ending. Playing only the first game would leave them without closure, and feeling unfulfilled. Tying in with the fact that this game’s story picks up directly from where the last one left off, the main character, Rean, starts the game at level 40. The idea is that he’s exactly like he was when you last saw him, abilities and all. Characters start the game with a full set of Quartz slots, unlike the first game.

Equipping Quartz grants a character access to a particular ability or stat bonus. Between missions, players are given free time to wander around the game’s town hub and spend time with their party members. There’s heaps of different bonding events to see between Rean and his friends, all of which level up his bond with them. These bonds come into play during battles, with higher bond levels unlocking new support abilities. The bond levels also allow you to unlock extra scenes with each character. You can end up spending a surprising amount of time on this part of the game, but those who want to keep progressing quickly will be glad to know that they are mostly optional.

The game’s biggest weakness is that it’s basically just a modified version of the first game. There are many reused enemies and areas, as well as background music. At least there’s a new battle theme to listen to as you fight your way through the game. Characters’ regular and special attack animations are also mostly reused, with only a small number of new additions. It’s more of the same essentially, which is great if you really enjoyed the first game, but may turn some people who were looking for a fresher experience away. 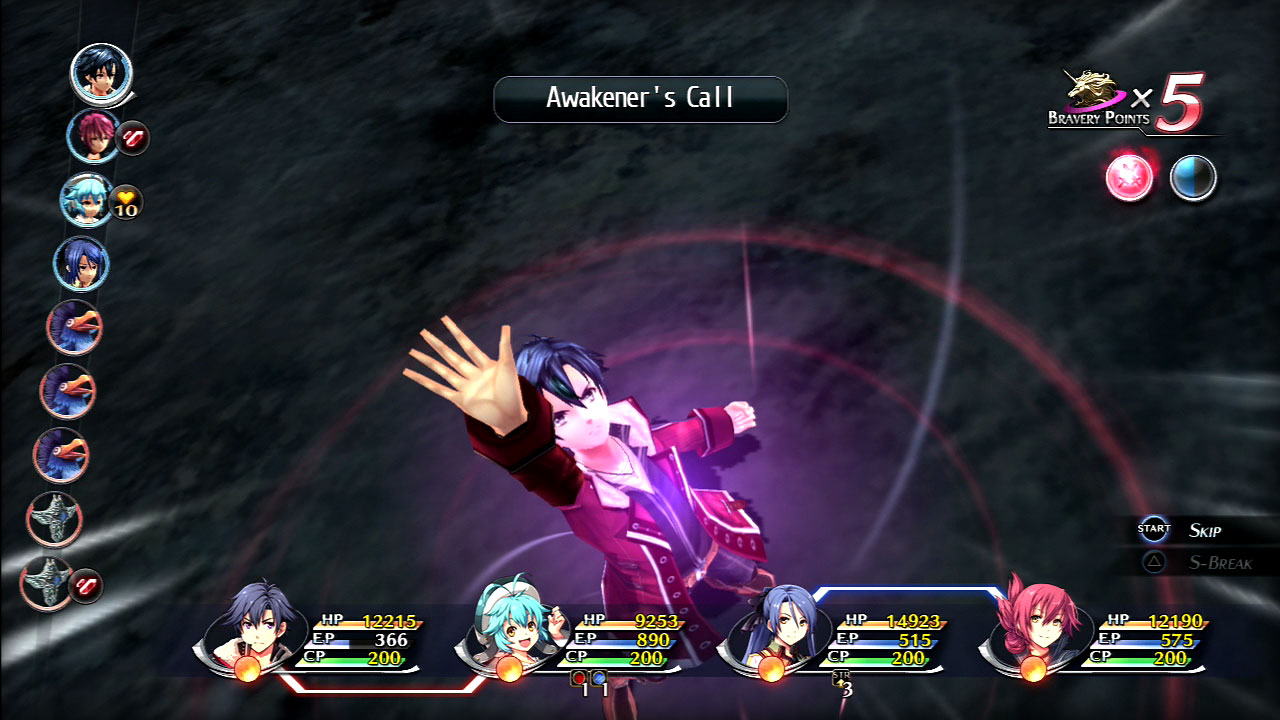 The game’s battle system is well crafted and enjoyable, just as it was in the first entry.

The game’s battle system is well crafted and enjoyable, just as it was in the first entry. It uses a fairly standard turn based system, but the position of your characters on the field is also important since you can only target enemies that are within range. Characters skills are highly customisable, meaning that pretty much any character can fit any role in your party. It’s nice to have that flexibility. There’s no good and bad characters unlike a lot of RPGs, it’s all very balanced. Like the first game, you can use a move that has the Impede trait to cancel your opponent’s magic skills. Status effects are a major factor in battles, they’re very strong. If your character is put to sleep, they won’t wake up even when they take damage. There’s the freeze effect that stops characters from moving.

Graphically, the game is nothing special, but it’s a serviceable presentation. The character and environment models are just detailed enough to look good, and there’s a good variety of areas to see and explore. The frame rate occasionally drops during battle though, particularly when 6 enemies are on screen at once. The developers might have gotten a little too ambitious there, or perhaps they were thinking more of the PlayStation 3 version at the time. It’s not a major issue, but one that does make fighting large numbers of enemies a bit more tedious than it should be. The voice acting is good overall, but some cutscenes are voiced, and some aren’t. The dub can feel a little limited at times, but what’s there is high quality. 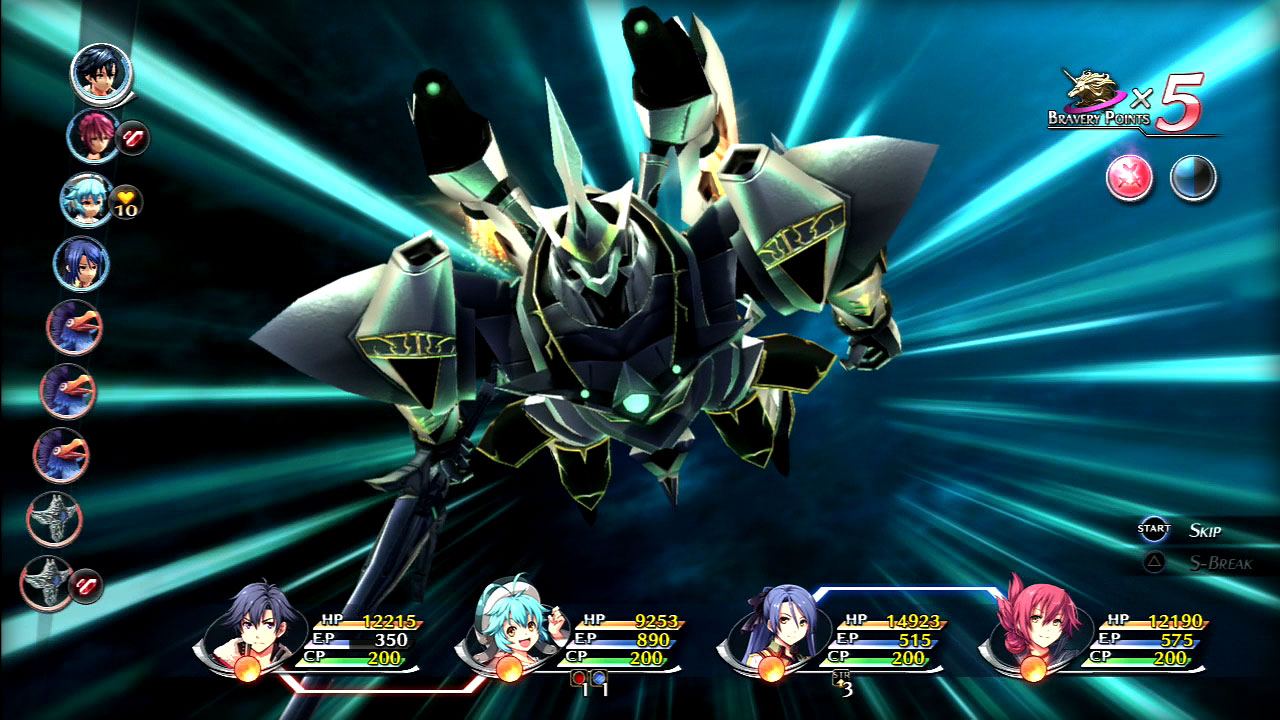 The dub can feel a little limited at times, but what’s there is high quality.

Overall, The Legend of Heroes: Trails of Cold Steel II is a solid follow up to the first game, and will definitely be enjoyed by anyone who liked the original. Its only real flaw is the fact that it’s probably a little too similar to the game before it, reusing so many parts of it and not quite feeling like a game of its own. It’s very much the second episode of the story that the first game began, for better or worse. There’s something to be said for the trilogy that Nihon Falcom have put together here, as it tells an epic story that wouldn’t have been possible with just one entry. On the other hand, it requires a very large time commitment from players, and the very similar gameplay between each entry may wear a bit thin over those hours. Still, it’s a good effort overall, and worth a look for fans of JRPGs.

The Legend of Heroes: Trails of Cold Steel II

The Legend of Heroes: Trails of Cold Steel II is a solid follow up to the first game, and will definitely be enjoyed by anyone who liked the original.