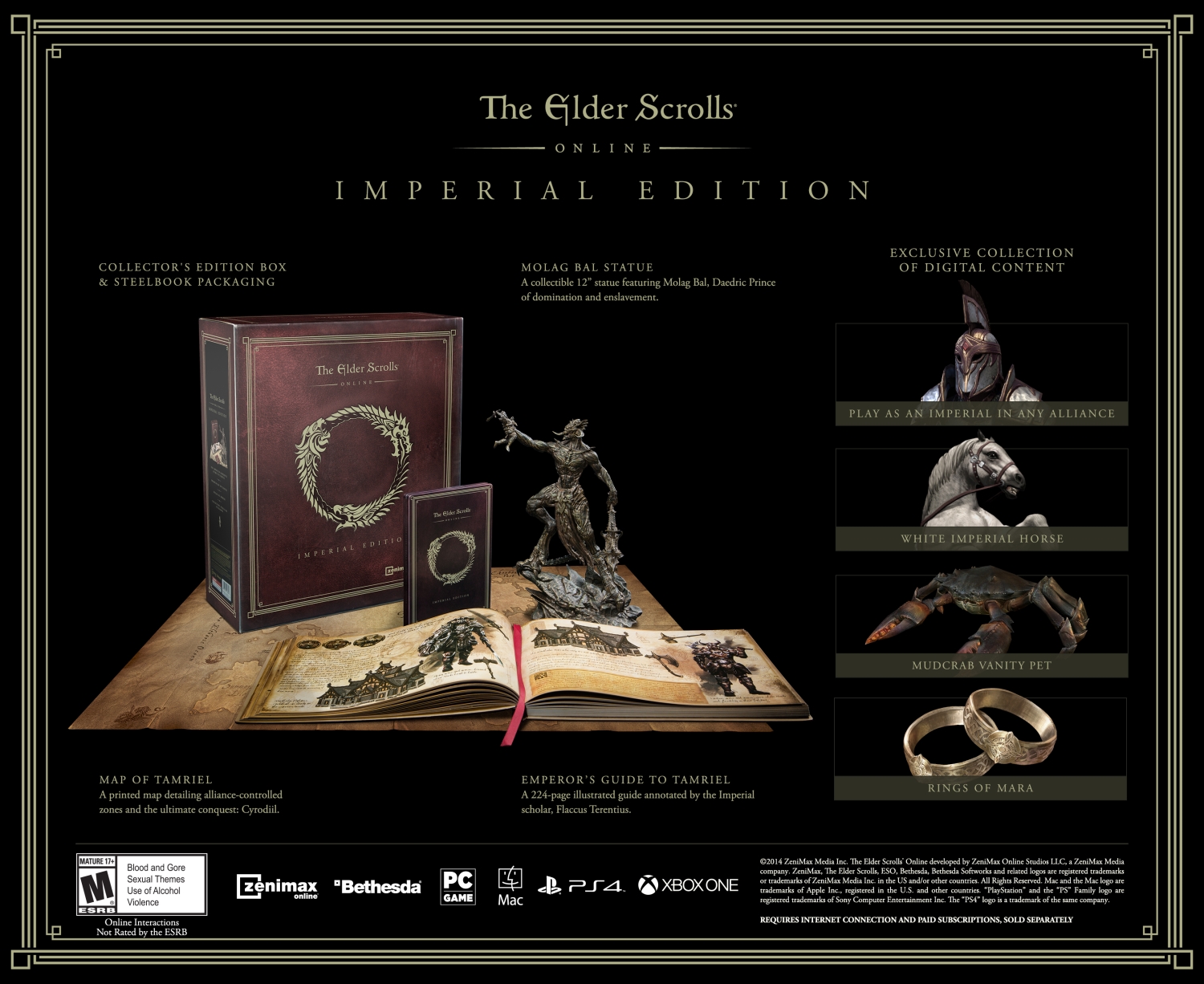 Priced at $139.95 AUD for PlayStation 4, Xbox One and Windows PC/Mac, the highly-anticipated The Elder Scrolls Online Imperial Edition includes:

The announcement was made this morning by EB Games and should sell out well before release given the popularity of the franchise to date. Some may have spotted the Imperial Edition yesterday when it was inadvertently leaked on Amazon, much to the delight of fans.

Orders can be placed at EB Games Australia via the link here.

In addition, anyone that pre-orders either the Imperial Edition or Standard Edition of The Elder Scrolls Online will also receive The Explorer’s Pack as a bonus which includes:

PC/Mac pre-orders of the Imperial Edition will also be granted a five (5) day early access bonus as a bonus for pre-purchasing ahead of launch. Unfortunately the bonus early access does not apply to console pre-orders.

EB Games Australia has The Elders Scroll Online Imperial Edition dated for April 4th, 2014 for PC/Mac, with the console version currently TBC, although Bethblog does state a console release for June 2014.

It is also available in other countries, as well as a digital version without the 30.5cm statue or physical goodies. You can find more information via BethBlog, Bethesda Softworks official blog. To celebrate the launch, a new trailer for The Elder Scrolls Online was also released, viewable below: