One of last year’s monster J-RPG hit Tales of Xillia has spawned a sequel, aptly titled Tales of Xillia 2. It’s a tall task for Xillia 2 given the massive success of its predecessor, and yet again a delayed offering for the English speaking market. Tales of Xillia 2 is a thoroughly polished and genuinely welcome title to the Tales series, but doesn’t quite hit the notes in the same way that Tales of Xillia did. 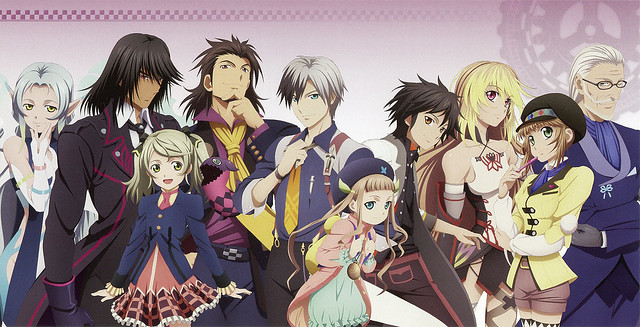 Xillia 2 was released back in November 2012 over in Japan, so it’s fair to say it took its sweet time landing on our shores. With the advent of next generation, it’s easy to be overly critical of Xillia 2 now that many gamers have been exposed to the dizzying heights of souped up visuals and gameplay. Thankfully the game holds up remarkably well courtesy of all of game’s elements aligning together once more.

Set in the same universe of Rieze Maxia and after the events of the first game, we find ourselves in the stylish shoes of Ludger Will Kresnik, Xillia 2 central protagonist. After failing his exam to become a Spirius Corporation agent, Ludger is embroiled in a train hijacking by Exodus where he meets Elle Mel Marta and Jude Mathis, one of Xillia‘s main characters. After being saved by Doctor Rideaux, the unlikely group inherit a rather sizeable debt for his services, leaving them under contract to perform a range of tasks until their debt is repaid.

From here, the adventure branches in all sorts of directions from learning about the train hijackers, working odd jobs to make cash, while uncovering the mysterious newfound powers of Ludger and his lineage. Without spoiling anything, Xillia 2 is remarkably complex once you’ve scratched the surface, but it would be worthwhile investing in the original Tales of Xillia for deeper insight into the somewhat inter-connected titles. 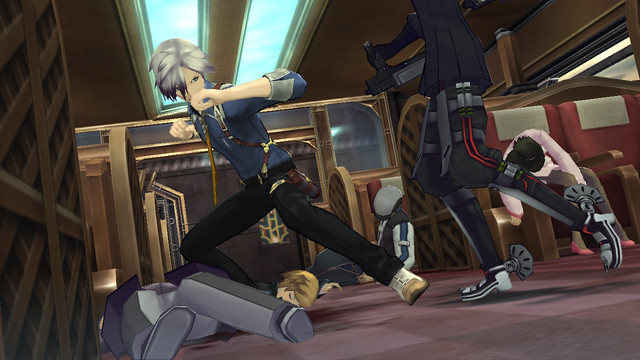 Naturally the Tales ‘skit’ interlude dialogue system makes a return, with animated portraits, subtitles and voice acting for the complete experience. Skits have always been an integral part of the series, portraying the trials and tribulations of each of the characters in a way other J-RPGs have been unable to achieve. There’s not much new in this department and always pleasing as a means to engage with key characters on a more personal level. Again, if skits aren’t for you, there is always the option to skip through them all. The portraits remain fully animated and voiced in certain sections of dialogue, much like previous Tales titles.

Battle sequences utilize the Cross Dual Raid Linear Motion Battle System, which is just a fancy term for the blistering, dynamic battle system we’ve grown to love about the franchise. Your party can consist of up to four characters under your control to tackle the many enemy encounters you’ll be punching your way through. Any character not under your direct control is taken over by the AI system, however you do have a say in how aggressive their approach to combat is.

An Assault Counter (or AC) determines the skills and actions at a character’s disposal. Unleashing these moves depletes your Assault Counter, however it recharges over time. Technical Points (TP) gauges your usable skills, which replenishes itself by performing attacks or using items. Unified attacks with other party members also return for stylish, hard-hitting animation sequences. J-RPG eye candy at its very finest. 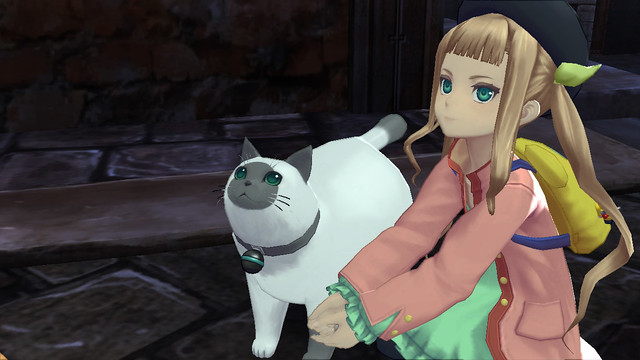 Strategically, you can customise your team to best suits your style of play, although is by no means necessary if you prefer a simpler approach. Difficulty is subtle enough that even a basic approach to your available skills and abilities will have you mowing down enemies like unyielding blades of grass in a meadow. What I’ve always enjoyed about Tales’ combat system is how dynamic and fluid everything feels in battle, intense enough to make you feel as if timing matters, but not enough to induce unnecessary anxiety either.

Graphically Xillia 2 is a pretty affair, maybe even more so than the original. The field is rendered in 3D once again, although looks crisper and more realistic, at least to me. At times, the sea of vibrant colours livens up the world of Rieze Maxia beyond what I remember from the original Xillia, painting the town in a splash of liveliness from the scenery to the colourful cast of NPC characters.

Although subtle, the cross-over of usable downloadable content from the first Tales of Xillia title is a welcome addition to the sequel. All existing costumes and downloadable goodies that have been pre-purchased can be used in Xillia 2, with new costumes for playable characters also available for purchase if you feel so inclined to do so. 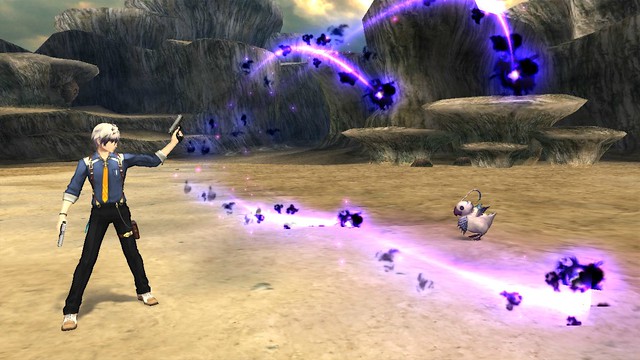 Tales of Xillia 2 is a suitably competent sequel to the original Xillia, and lives up to its Tales heritage. There’s more to love than loathe in Xillia 2, however to get the most out of the characters and world of Rieze Maxia, it is recommended you re-visit the original tale before embarking on Ludger’s adventure. It’s hard not to recommend Tales of Xillia 2 given it is one of the last truly great J-RPGs to be released for the PlayStation 3.