It's about flamin' time!

Spyro Reignited Trilogy has been announced for release this coming September 21st for PlayStation 4 and Xbox One.

Celebrating his 20th anniversary, Spyro Reignited Trilogy is a fully remastered game collection of the three original Spyro games that started the phenomenon: Spyro the Dragon, Spyro 2: Ripto’s Rage! and Spyro: Year of the Dragon. 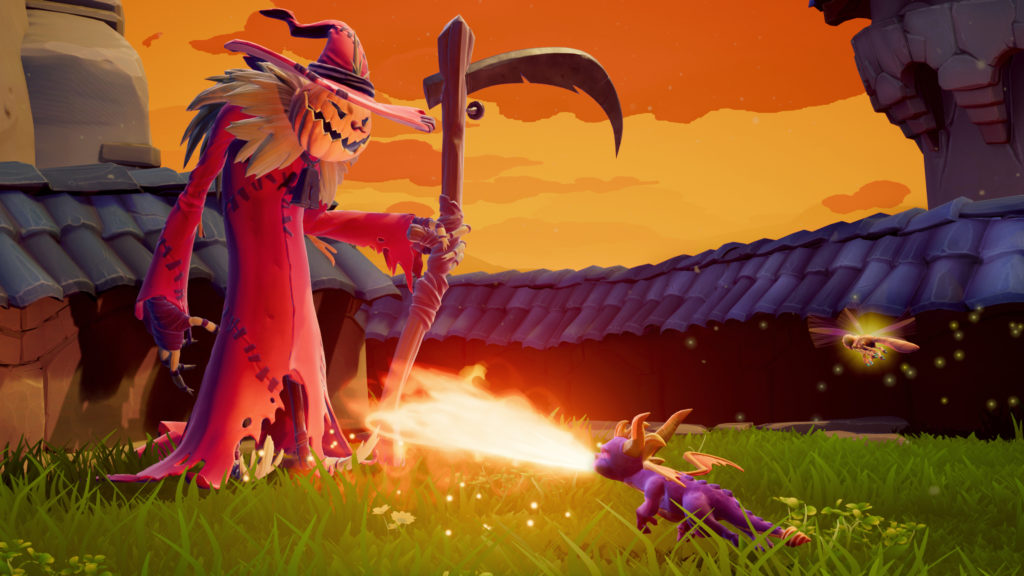 As a throwback to the original Spyro unveil, starting Monday, April 9 Crash Bandicoot N. Sane Trilogy players in Europe, Australia and Latin America on PlayStation 4 can enter the iconic code (↑ ↑ ↓ ↓ ← → ← → square) into their controllers in the Crash Bandicoot 3: Warped title screen to watch the Spyro Reignited Trilogy trailer.

Remade from the ground up by lead developer Toys for Bob, the Spyro Reignited Trilogy features the fun and nostalgic gameplay that fans remember with more than 100 levels, enhanced reward sequences, Spyro’s gang of zany dragons and other goofballs (including Sparx the Dragonfly, Hunter, Sheila, Agent 9 and Sgt. Byrd) and more. The trilogy also includes improved environments, updated controls, brand-new lighting and recreated cinematics for added flavour in this one-of-a-kind adventure.

“We’re deeply passionate about staying true to the legacy of the original three Spyro games with the
Spyro Reignited Trilogy,” said Paul Yan, Chief Creative Officer, at Toys For Bob. “We’ve poured a lot of love into making the personalities and worlds feel just like fans remember them, while also keeping the game collection surprisingly fresh with lush, high definition detail. We’re bringing back the Spyro we all fell in love with 20 years ago.”

Paying homage to fans, Tom Kenny, the original voice actor in Spyro 2: Ripto’s Rage!, and Spyro: Year of the Dragon, has returned as the voice of Spyro in the trilogy Spyro Reignited Trilogy.

More information on Spyro Reignited Trilogy can be found at www.SpyroTheDragon.com