Sol, Goddess of the Sun Now Live in SMITE

Sol, the Norse Goddess of the Sun is the latest playable God to be added to the highly popular MOBA SMITE.

Hi-Rez Studios have released a bit of a description about Sol, as well as her character art: 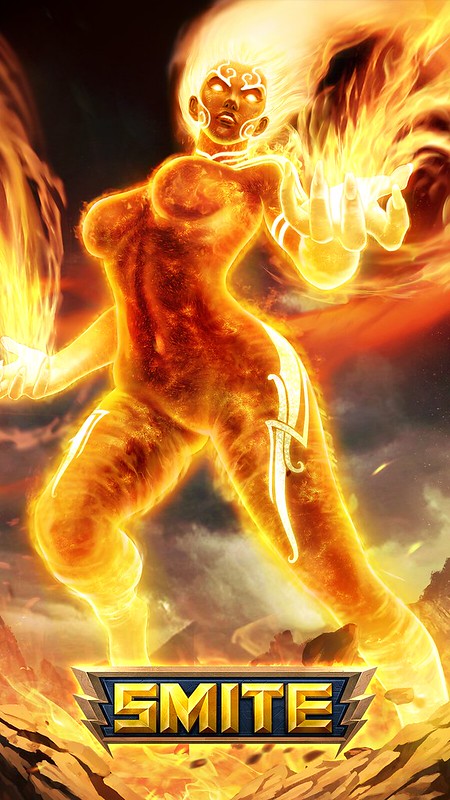 Sol and her brother came into this world radiant, glorious beings. So enamored with them, their father arrogantly named each after a sacred heavenly body. He, Mani for the moon and she, Sol, for the sun. This displeased Odin and the gods. For their father’s hubris, Mani and Sol were punished.

To the sky, they were sent, each to lead the chariot that dragged the sun or the moon. At their heels were loosed the bloodthirsty sons of Fenrir. Hungry wolves, relentless in pursuit of their prey. Furious at the Gods, she taunts and challenges the wolf Skoll as she blazes across the sky, unleashing her spite on the only opponent she can reach.

Sol is a Mage type, and will be added today in the “Solar Flare” patch for PC. The content update will introduce Sol as a playable character, as well as new balancing updates, new God skins and voice pack for Supernova Sol, Grim Mariachi Loki and Ravana Mastery Skins.

What Sol’s reveal trailer below:

You can learn more about Sol at her official reveal page here, featuring concept art and developer insights:

“Solar Flare” Patch Notes and an accompanying video via the link:

Companies Fight to Stay Relevant Against Rise of Mobile Gaming