Are you one of the fans that missed out on the New Nintendo 3DS XL Majora’s Mask Edition? Here are some tips on how you might be able to secure yourself one if you find yourself in this unfortunate position.

Firstly, this article applies to the situation in Australia and may not be applicable in other regions and territories, although you may find some useful information if you are on the hunt for one of these beauties.

Nintendo Australia announced the console would be available in Australia on January 15th, with EB Games listing it for sale the very same day as a retailer exclusive in the country. Despite the AU$249.95 price tag, the console sold out in a matter of a few hours. 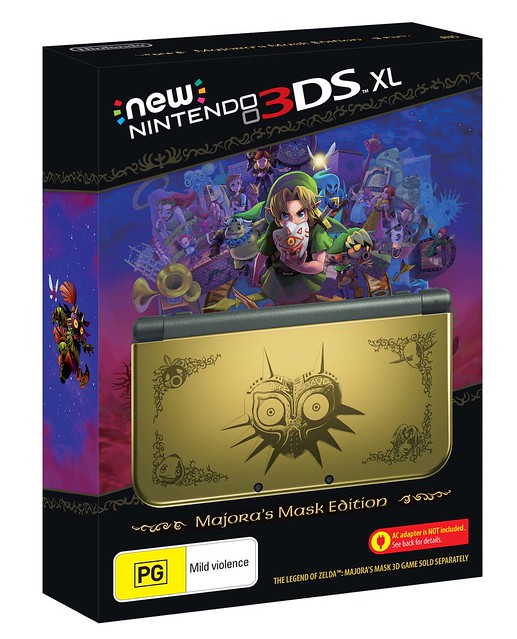 EB Games further released a second batch of consoles for sale on January 20th which again were snapped up quickly before disappearing from pre-order lists and the online store for a second time round.

With the console launching alongside The Legend of Zelda: Majora’s Mask 3D on February 14th next week, there’s going to be a flurry of interest in the limited run console once more; so should you buy now or wait?

The previously released The Legend of Zelda: A Link Between Worlds skyrocketed in price after release, with some consoles fetching in excess of AU$500 against its original AU$269.95 RRP price tag. With the advent of the New 3DS and New 3DS XL, the “Link Between Worlds” 3DS version still attracts AU$400 in new condition, even more than a year on from its initial release.

After collecting rare video game collectibles for many years, the pricing trend follows a similar process, well…generally. Prices tend to peak right after release when interest is at its highest, before working their way back down south. This is the case with most collectibles, but not all. In rare instances, prices will start to creep up north again the longer you wait.

As it currently stands in Australia, you can still nab the Zelda Majora’s Mask Limited Edition 3DS for approximately AU$300-$350, give or take depending on how lucky you are. If you’re willing to take a $50-$100 hit to your hip pocket, this may not be too bad given prices are almost guaranteed to rise beyond February 14th. Some sellers are even selling as low as the original recommended retail price, most likely due to a change of mind or wanting a quick sale to get their funds back.

There’s only a small window of opportunity before prices go up, given the looming release date this coming Saturday.

Of course you can always play the waiting game and call up your local EB Games to see if there were any cancelled pre-orders after this date, which does happen from time to time. The usual stance most stores take is a 48 hour to one week ‘hold’ period for pre-orders for release date, depending on the customer’s EB World level membership.

Although slim, this option rewards those who are determined and persistent enough to track down one down. Don’t say it’s impossible as I personally was able to find a Zelda: Ocarina of Time 3D Limited Edition console a week after its release at my local EB Games. Although a pre-order, the person never claimed it and given I expressed the greatest amount of interest, they were more than happy to sell it to me.

This doesn’t always go to plan though as I was nowhere near as successful with The Legend of Zelda: A Link Between Worlds edition 3DS console, which leaves you firmly at the mercy of the most accommodating scalper on the market.

If neither of these options suit you, there is always the possibility of waiting it out and picking this console months after release. As new products hit the market and the Majora’s Mask console begins to lose its appeal, many owners will eventually sell their limited edition console for funds and greener pastures. Good timing and a well-time auction or two may get you further in the long run. Be sure to keep your eye out on bundles where a gamer has quit, as these console plus game lots tend to be the best value for money.

This won’t suit everyone though, particularly if you want that minty-fresh never been touched by anyone feel of an unopened package. Sadly your options are fairly limited in this situation, but take it as a hard lesson in the value of pre-ordering. 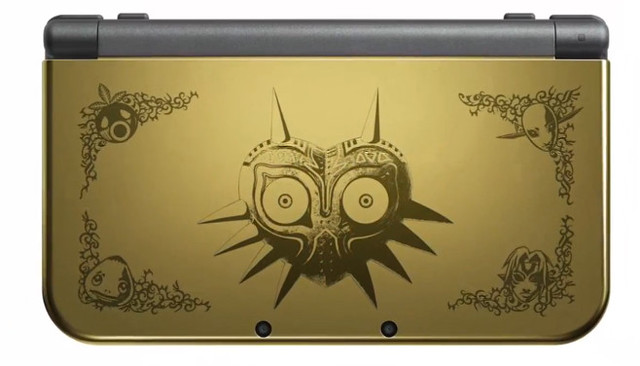 Sometimes the window of opportunity to order is literally hours at worst, not helped by exclusivity to a single retailer. Let us know in the comments down below if you have any tips on tracking down hard to find collectibles, or any interesting experiences you’ve had collecting. All the best on your Master Quest for one very rare Zelda console.