Sniper Elite 4 Collector’s Edition has been unveiled today and it comes packed with a model rifle.

Available for pre-order from today through EB Games in Australia, the Collector’s Edition is available for PlayStation 4 and Xbox One, priced at $129.95. 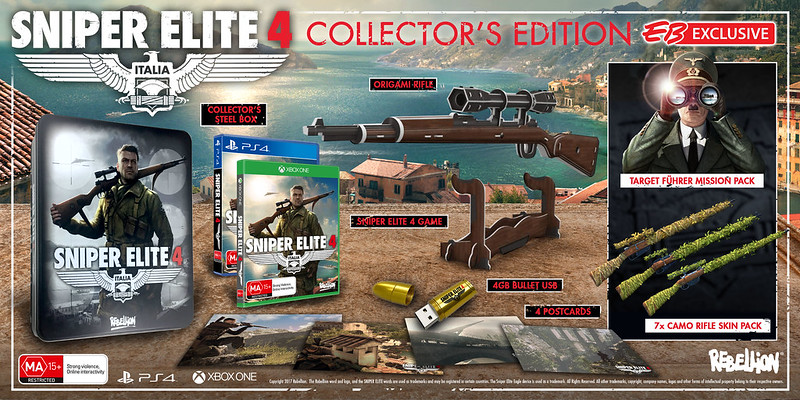 Don’t get too excited as the model rifle doesn’t fire and is only an origami model, but the Collector’s Edition does include some other fancy extras as listed below:

You can pre-order the game now via the link here.

If you’re just after the standard edition, both EB Games and JB Hi-Fi have it available for $99.95 and $99 respectively.

Sniper Elite 4 is due out in Australia on February 14th 2017 for PS4 and Xbox One, coincidentally the same day as Valentine’s Day.