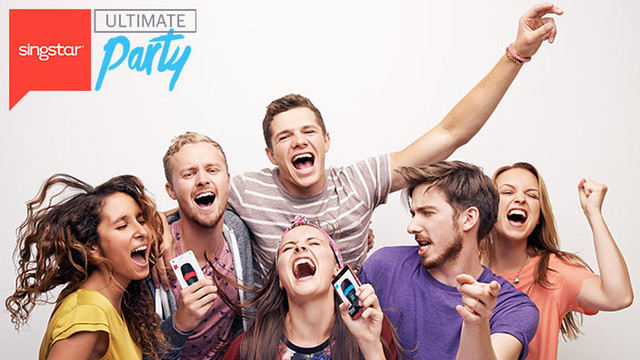 SingStar Ultimate Party gameplay-wise, plays pretty much the same as its predecessors and why shouldn’t it? It’s a familiar system that has worked perfectly for years so thankfully the developers saw fit to keep things as they were. As the track plays, the lyrics pop up on screen as you try to match your pitch with the onscreen indicators. It’s easy to understand and remains the benchmark for all other karaoke titles.

Probably the biggest change and update is the ability to play SingStar Ultimate Party via a compatible smartphone. By downloading the free SingStar Mic app, your phone transforms into a handy microphone that functions remarkably well as a singing device. Singing into your phone feels a little strange at first, but after you get over the initial awkwardness, you’ll be busting out the tunes like a natural in no time. If you’ve retained your SingStar wired and wireless microphones, you can still continue to use them with Ultimate Party which for me, is preferred for that rock star feel. There’s nothing quite like having the feel of a microphone in your hand. 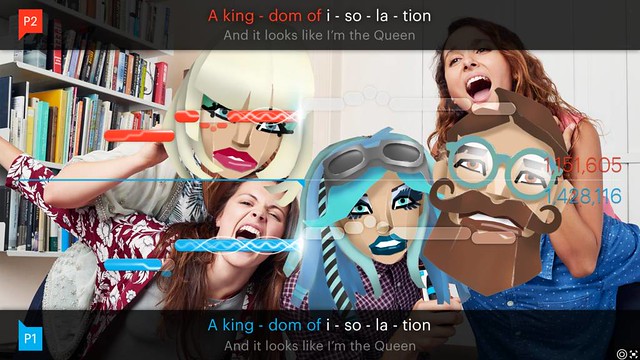 The PlayStation 4 version is further hindered from the lack of disc-swapping capabilities, something the PlayStation 3 titles utilized well, as far back as PlayStation 2 titles. Unfortunately being the first SingStar title for the PlayStation 4, there’s a lack of compatible disc-based content to play around with, that you will need to secure tracks from the SingStore if you want to expand your track library on a next-generation console. 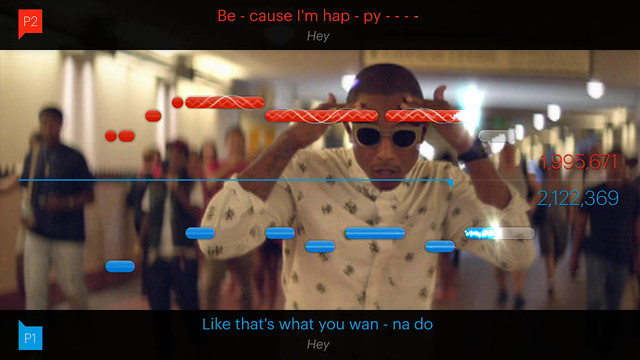 Of course Ultimate Party alone is packed with 30-tracks, including plenty of modern hits such as Lego House (Ed Sheeran), Counting Stars (One Republic), Burn (Ellie Goulding), and what should be a huge favourite for many, Demi Lovato’s rendition of Frozen‘s Let It Go. The track list is balanced out with a few classics such as Hello (Lionel Ritchie), No Scrubs (TLC), and Love Me Again (John Newman) among others.

Strangely, some modes are absent from Ultimate Party. Gone are Pass the Mic, Party Mode and Online Battle. There is a Difficult Mode, except there is only one to choose from. This change makes Ultimate Party feels stripped back compared with its earlier counterparts that offered a greater variety of gameplay choices. Perhaps this updates will be coming in later titles but for now, you’ll be limited in your gameplay options.

If you own a PlayStation Camera, Ultimate Party will capture some of your best cringe-worthy efforts which you can re-visit or share with your friends, although I’m not sure you’d want to. It adds a good laugh for parties and handles better than the older versions with PlayStation Eye. 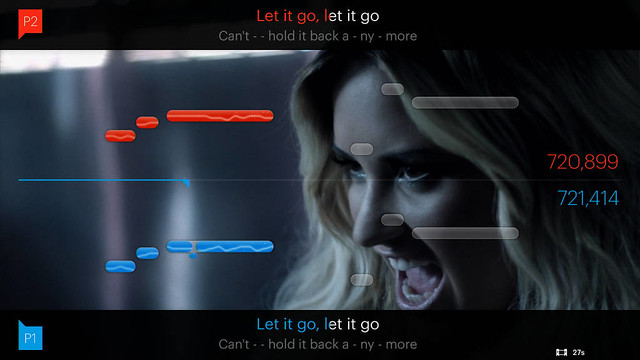 SingStar Ultimate Party is an excellent stepping stone into next-generation, but the removal of key game modes and lack of compatibility with pre-purchased songs takes it down a few pegs. Once the licensing issues are sorted out and hopefully the game modes are re-instated, the SingStar franchise will be able to flourish and expand ever further. Good effort, but definitely room for improvement. Thank the heavens Let It Go made it onto the disc. If you’ll excuse me, I’m going to unleash my inner Elsa.