A remastered Secret of Mana has been announced for release in February 2018.

Releasing on PlayStation 4, Playstation Vita and Steam on February 15th, 2018 via digital download. 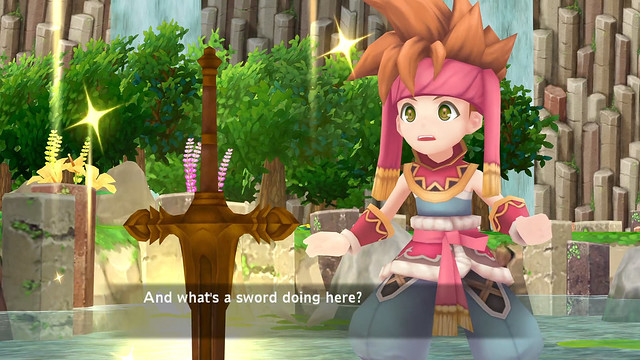 The original Secret of Mana was released in 1993 on Super Nintendo and has become a classic in recent years due to its rich story telling, charming orchestral score and active battle system.

Titled Secret of Mana and not Secret of Mana Remastered, the memorable and fan-favourite adventure of Randi, Primm and Popoi is reborn with revamped 3D visuals and upgraded gameplay to bring new life to the much-loved volume in the Mana series for both returning and new players alike. 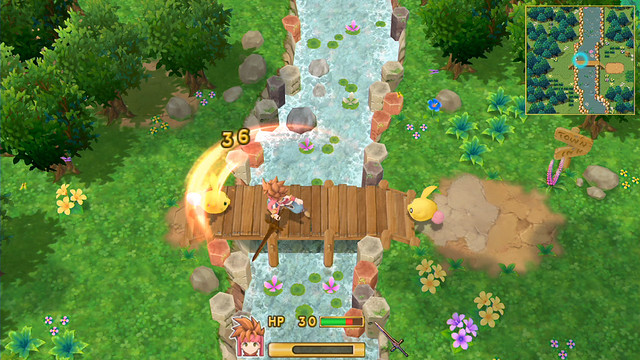 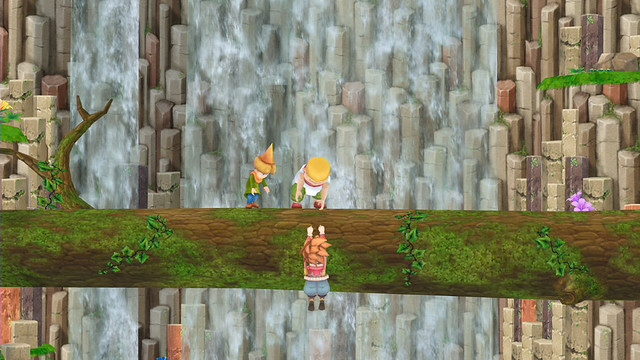 Whilst faithfully retelling the beloved story of Randi, Primm and Popoi, Secret of Mana will also include a host of new features and exciting updates for players to enjoy, including:

As an added incentive to pre-order, those that pre-purchase on the PlayStation Store will also receive special character costumes (Moogle Suit for Randi, Primm and Popoi, Tiger Two-Piece for Primm and Tiger Suit for Randi and Popoi) as well as a selection of character avatars. 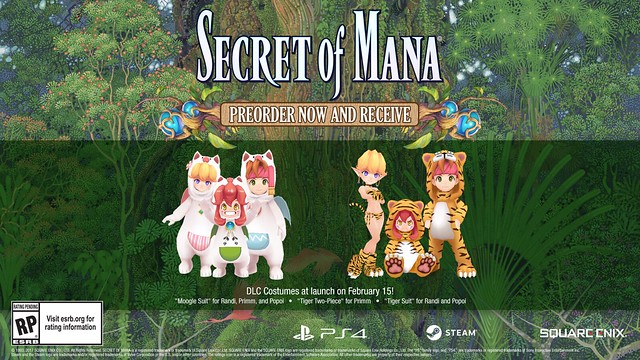 Pre-purchase the game and purchase the Day 1 Edition, which will be available until 1 week after the launch on Steam and you’ll receive the three character costumes as well as a custom downloadable wallpaper.

Check out more screenshots from Secret of Mana below: 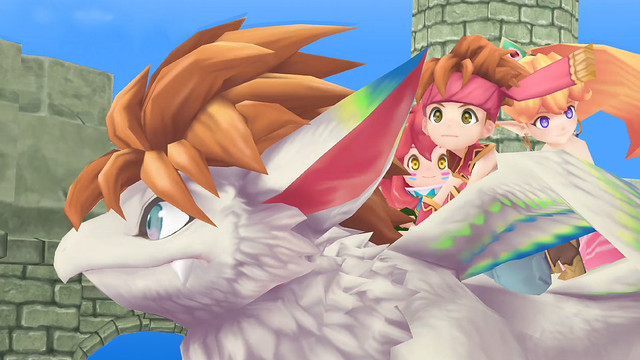 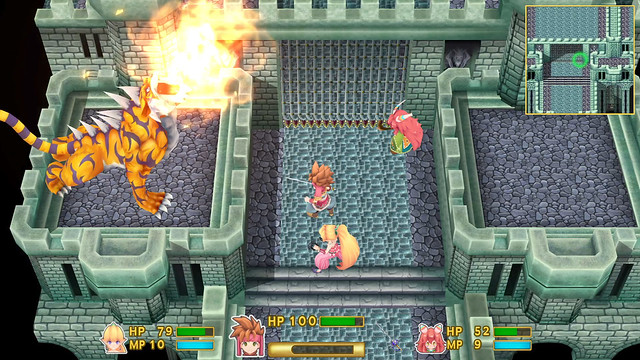