Koei Tecmo took their time with Samurai Warriors 4 but it’s finally here, just in time to celebrate the 10th anniversary of the series. It’s been 4 long years in-between the last primary Samurai Warriors title, but this Japanese-themed Musou spawn is definitely worth the wait. Bolstered, enhanced in nearly all facets compared to its predecessors, there’s plenty to experience in the latest entry to the Samurai Warriors franchise. 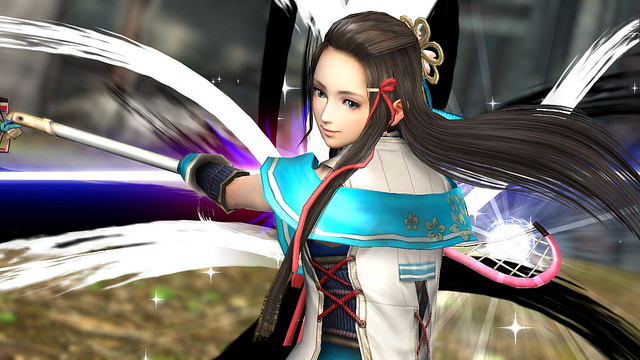 Set in feudal Japan sometime during the 16th to 17th century, Samurai Warriors 4 combines fact with fiction, romanticizing fabled tales of conflict during the well-known Sengoku warring period. Characters and events have been altered to give greater prominence and effect, so don’t mistakenly misinterpret the game as some form of history lesson. Think of it more as a loosely-based story given the Koei Tecmo interpretation, with outrageous attacks, special moves, garments, and outspoken personalities. 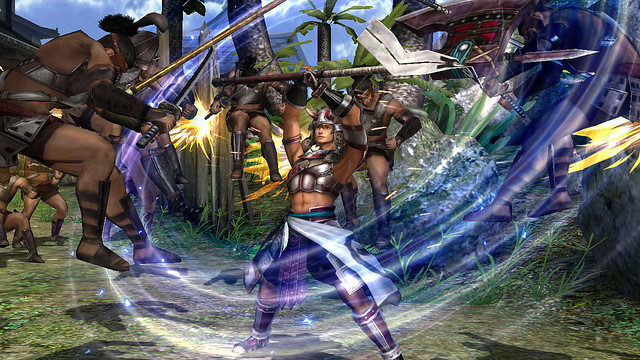 There are a few different gameplay modes to choose from. The campaign or story mode has been re-tweaked with the option to tackle Regional Stories, or a Story of Unification mode which sees you take on the entire land as stages. Free Mode allows you to revisit unlocked stages to unlock even more content. A new Chronicle Mode has been added, borrowing from the Mercenary Mode of Warriors Orochi titles. Chronicle Mode provides greater emphasis on character interaction and development, giving greater freedom for exploration and alliances as your actions will affect affinities and conversations between characters

Dojo Mode opens up a world of customisation for your character, with a compendium of content included such as an officer encyclopaedia, a gallery mode, tutorials and much more. This mode is perfect for fans wanting to explore more of the lore of Samurai Warriors 4 at their own leisure.

Gameplay takes its cues from Samurai Warriors: Chronicles from the Nintendo 3DS, where players can select two characters to engage in battle, switching between either character with a tap of a button. Depending on your pairing and their relationship, new features will open up to you, including new missions should you create a duo with specific affinity towards one another. Co-op mode plays nicely off the twin combination; however the ability to switch between characters is removed. Co-op can also be played online with a friend, which runs fairly trouble-free in my experience. Morale influences the tide of battle much like other Musou titles, with the AI morale taking a hit when a general is defeated on the battlefront. 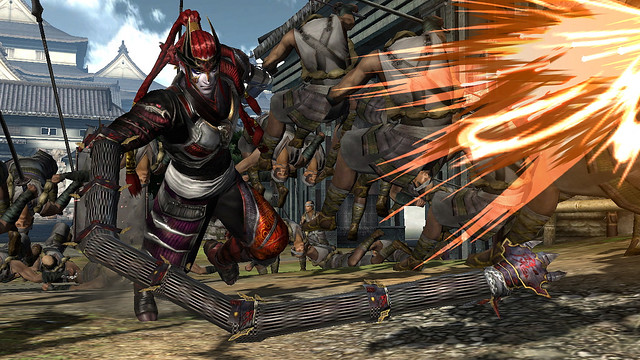 Samurai Warriors 4 introduces “Hyper Attack” to the series, a crowd clearing super attack of sorts that disperses enemies quickly, or damages an enemy general with greater efficiency. A special “Mighty Strike” (“Tate”) has been added which essentially is a finishing move with its own unique animation sequences. “Tate” can only be performed on generals by satisfying certain conditions and having an active Tri state. Lots of fun to watch and perform, given all the unique ways the playable characters dispose of their target. “Rage Attack” moves provide a powerful buff and a short period of invulnerability for the cost of a Spirit Gauge, mixing up combat and adding flow to the battle mechanics.

It can become a tad repetitive, as does all hack-n-slash titles tend to be after a few hours of gaming, but I felt Samurai Warriors 4 did a better job with the game mechanics over the recent Warriors Orochi 3 Ultimate, providing a fresher experience that didn’t quite wear down on a player as quickly.

Level progression for each character appears to require more effort to rank up, with your actions directly influencing the progress of your various stats. Normal attacks, charge attacks, special skills and hyper attacks proficiency can all be increased by utilising the appropriate skillset, giving it a more RPG feel compared with its predecessors. 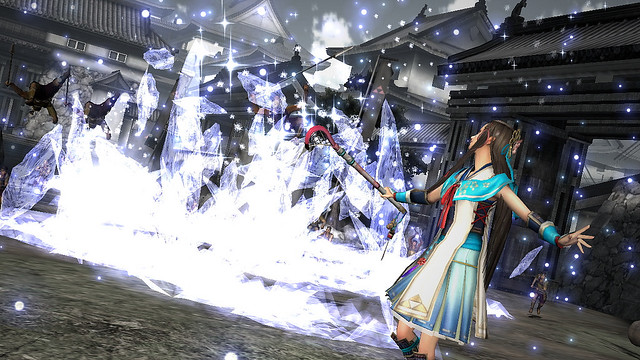 Further customisation is available via rare items known as “Heirloom” (kahou), which can be used in the heat of battle to heal damage or improve a character. These items are reusable, however are specific to a particular character that you will need to earn through defeating generals by completing set objectives. Armor has been removed but you do still have access to stat buff items, as well as the return of weapon forging for upgrading your equipment. Weapons have attributes which can be unlocked by using a rare gem granting them improved stats, or alternatively you strengthen attributes in another weapon by applying and reforging it.

The soundtrack for Musou titles has always been a standout, with catchy melodies adopting an East meets Pop/Rock vibe. Samurai Warriors 4 is no different, with a healthy dose of new and familiar tunes, perfect for getting the adrenaline pumping. The sound bytes of raw steel clanging against forged blades and armour add to the immersive quality. 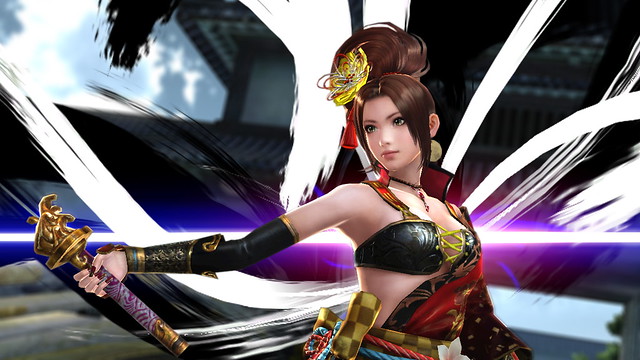 Samurai Warrior 4 is the most complete offering in the series so far, rivalling the likes of Koei Tecmo bread winning Dynasty Warrior series. It may have been a long-time coming, but fans of the Japanese-inspired Musou title will find plenty to do, pack with loads of ways to experience a broad range of characters, rich stories and addictive gameplay done in a way that only Omega Force know how.