Reading can be fun.

Visual novels has had somewhat of a resurgence, or should I say emergence since titles such as the Danganronpa and Zero Escape series proved the English-speaking public is just as receptive to ‘reading’ games as Japanese gamers. 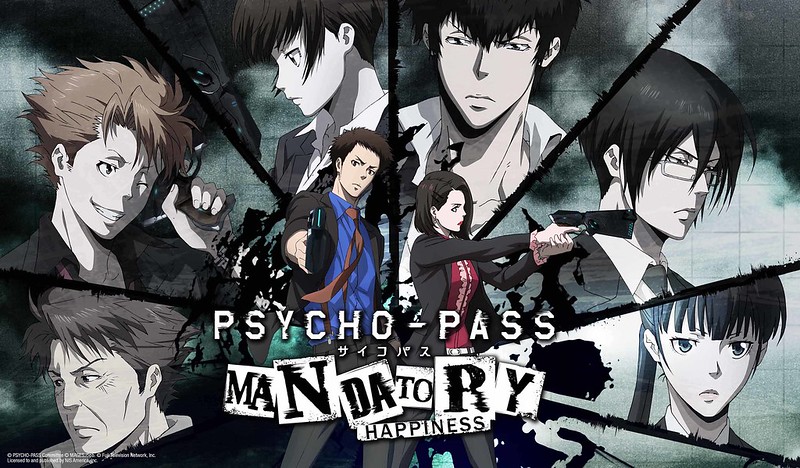 There’s very little in the way of puzzle solving or other gameplay elements, with the words and the characters being the driving force and emphasis.

With complex stories and just as complicated characters, text-heavy titles can be just as immersive as action games. Enter Psycho-Pass: Mandatory Happiness. Set in a dystopian future Tokyo, citizens can now be pre-emptively incarcerated based on a central computer system Sybil dishing out personality assessment scan called Psycho-Pass. Think Minority Report; but without Tom Cruise or the Hollywood glamour.

Based on the 2012 anime series Psycho-Pass and set in the same time frame as the first handful of episodes from the animated show, Mandatory Happiness is best suited to those that have had some exposure to the Psycho-Pass universe. That being said, I still found the game enjoyable from a fresh pair of eyes perspective, partly due to the characters and events being all-new to the anime it is based on. You will need to be more diligent in absorbing the narrative or you may find yourself quickly lost in what’s going on. 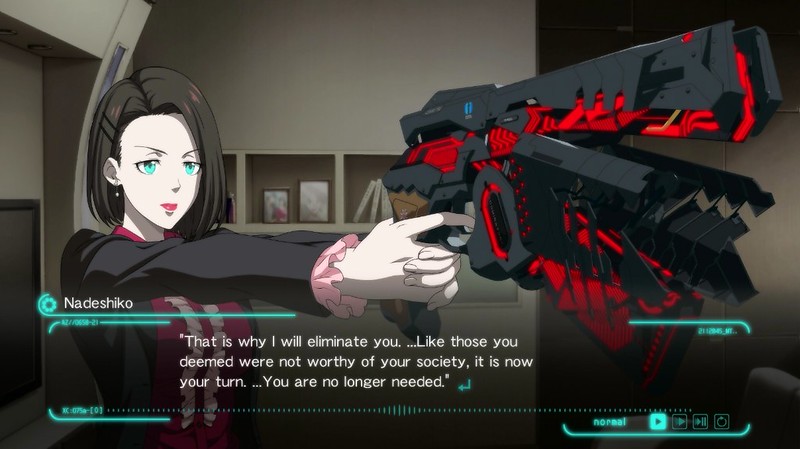 Taking on the role of either Inspector Nadeshiko Kugatachi in search of her missing memories or Enforcer Takuma Tsurugi in search of his missing lover, your chosen protagonist will need to uncover the mystery surrounding the vigilante hacker group Alpha and their motivation. Mandatory Happiness sticks to its core values as a visual novel and doesn’t really deviate from its story-telling ways. There’s very little in the way of puzzle solving or other gameplay elements, with the words and the characters being the driving force and emphasis. There is an element of decision making as you encounter other characters throughout the chapters, with your character choosing how to serve justice.

Do you rehabilitate or do you eliminate? The morality between choosing between life and death is firmly in your hands, giving each player different playing experiences depending on the choices you make. As such, Mandatory Happiness offers a degree of replayability between the two protagonists and how you approach the game during each play through. There are some fairly heavy themes on socio impact and moral conscience that leaves a lasting impression even after you’ve switched the game off. 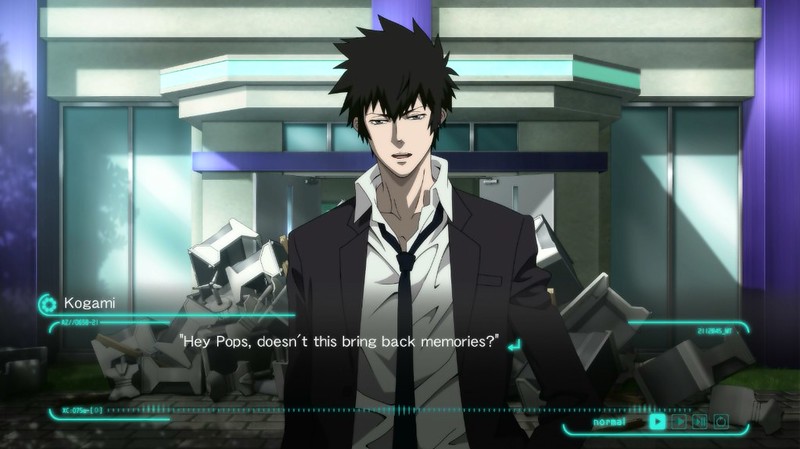 Character illustrations are well drawn in a familiar anime-style, but the spectrum of character animation and emotions is a bit lacking, given Mandatory Happiness’ anime heritage.

The separate cases that you explore are rich and thought provoking, which is a shame that the underpinning main story is less so. Perhaps it’s how predictable the plot is that the conclusion feels underwhelming when you finalising reach the end. Also, make sure that you save often as some decisions that you make can lead to an abrupt end should you choose a path that the game does not approve of. The lack of regular checkpoints or even auto-saving function is a bit of mystery, so you may have to tread old ground if you forget to a quick back-up from time to time.

Character illustrations are well drawn in a familiar anime-style, but the spectrum of character animation and emotions is a bit lacking, given Mandatory Happiness’ anime heritage. Fortunately there is voice-acting by the Japanese anime cast which injects a bit of personality to the characters and can be switched off if you prefer to listen to your own voice in your head. 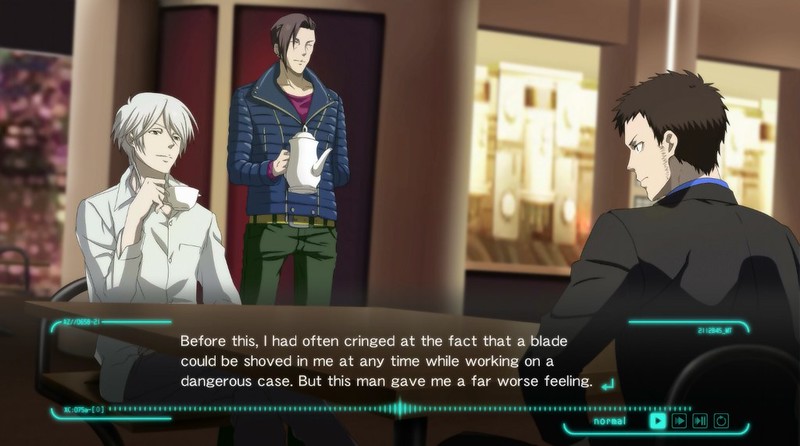 Psycho-Pass: Mandatory Happiness isn’t for everyone. Its best quality being its story-telling can also be its worse, depending on whether the game can captivate you from the onset. Available on both PlayStation 4 and PlayStation Vita, I feel the game is better suited on the portable platform as you can play in short spurts as if you’re reading a novel while commuting.

Visual novel games are still very much a niche market and Mandatory Happiness does a fine job catering to the smaller demographic outside the mass gaming player base, but definitely won’t be for everyone. 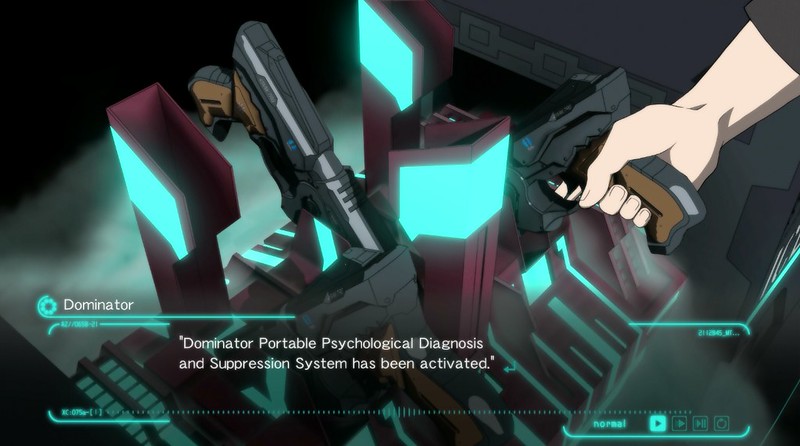 Psycho-Pass: Mandatory Happiness isn't for everyone. Its best quality being its story-telling can also be its worse, depending on whether the game can captivate you from the onset.