Heads and shoulders better than the original

Project CARS 2 is heads and shoulders better than the original, and this is not an overstatement. How much the game has been improved from then to now is staggering. From the bevy of racing tracks, roster of driveable cars and updates draws it that much closer to a real life racing simulation experience. 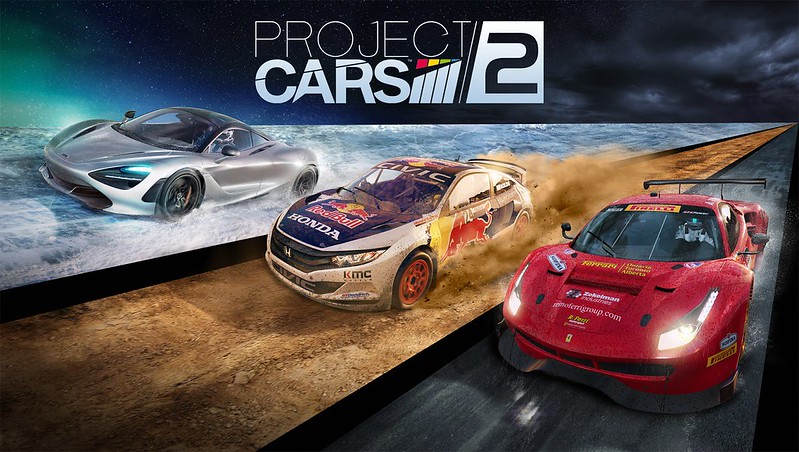 On the back of the success of the 2015 Project CARS, Slightly Mad Studios were able to secure donations from its fans to develop Project CARS 2. The developers didn’t squander the opportunity and have piled in a suite of enhancements, improvements and features that makes the original Project CARS a shadow of what they’ve been able to accomplish in its sequel.

Project CARS 2 is one handsome beast.

Firstly, Project CARS 2 is one handsome beast. There are visual enhancements across the board. Panel damage is more authentic, rain droplets move with your pace, and the environments are so good it’s distracting at times, but in all the right way. The lighting and shadow shift as you round each bend. It’s an absolute joy to look at.

The realism doesn’t end with the visuals, with steering and handling feeling like a complete overhaul of the original. In Project CARS, the steering at times felt twitchy on the gamepad, where an error in judgment would often result in an unsalvageable collision. Now the controls are more defined, cutting up corners and gliding through apexes handles impeccably. That’s not to say you can’t lose traction in the rear tyres when entering a corner too hard, but there’s always that possibility, even a small one, of correcting an oversteer to pull it all back in line. 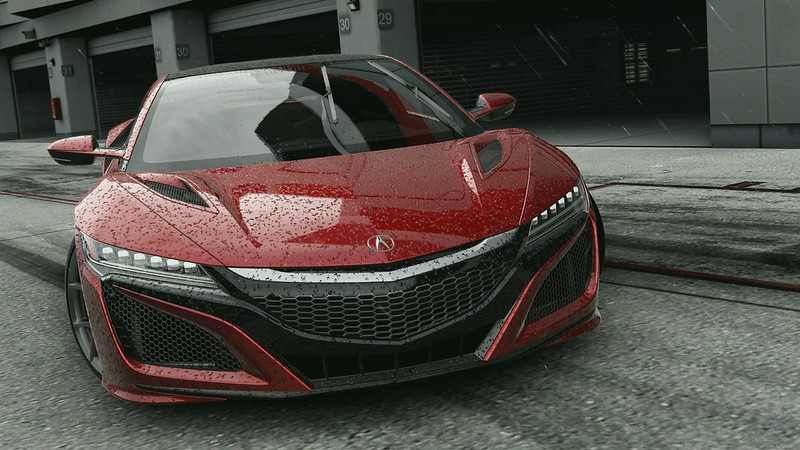 Playing with a racing wheel provides even more direct control with realistic handling and nuances. Tearing up the race track is deliciously gratifying as you throttle hard down the straight before juggling tyre grip and heart-pounding speed with gravity. It’s edge of the seat driving, and that’s before you even consider the effects of weather conditions to the racing surface. Control settings are in abundance, but even in default configuration there’s very little to bemoan. If you are a control freak, the options are there to tweak and adjust to your personal taste.

Career mode is back and better with quality of life improvements. Menus are less cumbersome to navigate, with each motorsport series presented in an easy to digest way. You still have the freedom to dive into events that suits you best, with the upper echelons are locked out until you earn the mettle to participate. For solo gamers, there’s plenty of purpose and chase to better your driving prowess in order to access the more desirable drives. The new “Manufacturer Drives” event list is a welcome inclusion where you can earn a spot as a factory driver for a deep selection of manufacturers.

Dynamic weather and time of day effects is nothing new to Project CARS, but the sequel takes it to ultra-realistic level.

Online mode hasn’t been forgotten either, with dedicated online championships for you to challenge. There’s a notable focus on eSports, with online ranking system and improved matchmaking functionality to get you behind the wheel quickly against similarly skilled drivers. 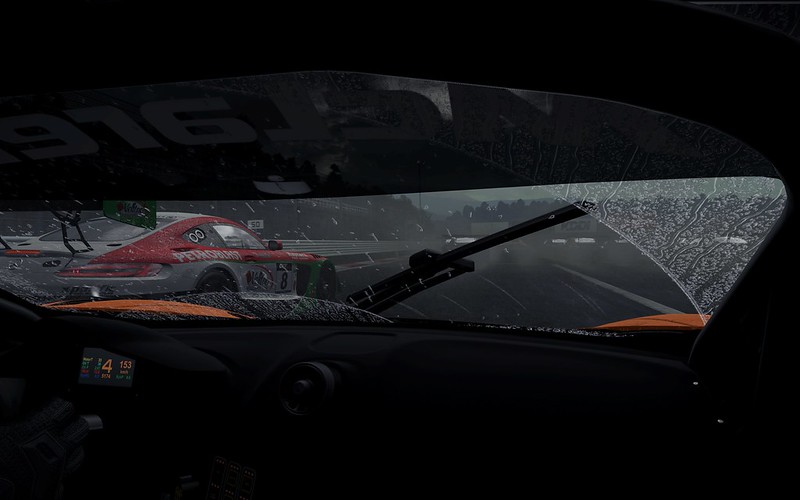 Dynamic weather and time of day effects is nothing new to Project CARS, but the sequel takes it to ultra-realistic level. Wet patches on the track will pool with water as the rain buckets down, slowly dissipating as the sun comes out, or racing treads displaces the puddles away from the track. The constantly evolving weather conditions bring each track to life and no two drives ever feel quite the same.

That being said, you probably won’t be racing the same track any time soon with 140 tracks available, the largest track roster ever released for consoles. Each track is also subjected to each of the four seasons making for some very unique racing experiences. Race on bone dry asphalt in the heat of summer, or plough through snow covered landscapes. As implausible and detached from reality as it may be to trek through snow on some of these circuits, the fantasy meets reality is every bit as enjoyable.

The sheer amount of content cramped into Project CARS 2 is ridiculous to say the least. Sporting 29 motorsport series, over 180 different cars from different car manufacturers previously not available, including the likes of Ferrari, Lamborghini, Porsche, Jaguar and Nissan. There’s still a glaring lack of some classic cars, but that’s really small potatoes in the grand scheme of things. Let’s not also forget that DLC could easily build upon what is a very solid frame so far. 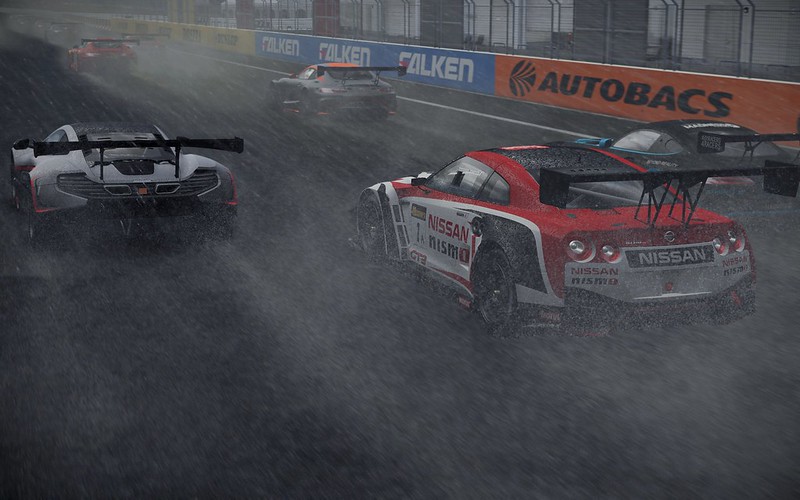 For added authenticity, Slightly Mad Studios even went as far as working directly with the manufacturers, race car drivers and partnering with the likes of IndyCar in order to include logos and the season line-up. The finished product is a racing simulator that captures performance characteristics of the cars they are based on, right down to their physical models and handling.

Computer-controlled AI is more robust, battling for position with aggressive driving and defensive blocking. If you find it too much to handling, you even have the option to tweak it. It can get a little heated at times when you’re stuck in traffic as the AI almost deliberately tries to run you off the road, but clawing back positions is all part of the fun.

Bumps and bruises to the chassis are reflected, from violent collisions resulting in cracked windshields, to rattling cabins and exterior dings and dents.

Bumps and bruises to the chassis are reflected, from violent collisions resulting in cracked windshields, to rattling cabins and exterior dings and dents. Heavy crashes will have you airborne, tumbling and rolling in spectacular fashion. At times it can be a little too dramatic, hurtling into a barrier but I am glad this is a simulation and not real life. The occasional frame pop-ins ruins the illusion of realism at times, but despite this technical hiccup the game is still a superior offering over its predecessor. 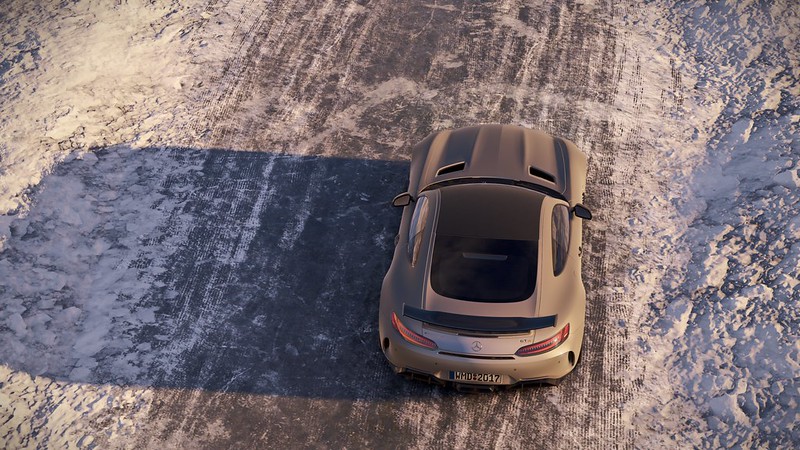 Project CARS 2 is the kind of sequel any fan would want from a developer, boasting staggering amounts of improvements and features over the original. Its awe inspiring what Slightly Mad Studios have been able to produce compared with larger and more established development teams. Sure, it isn’t a perfect racing simulation and there are flaws, but measured against the mountain of positives, I have no problem recommending this to any racing fan. One of the best racing simulation games to come out this year.

Project CARS 2 is the kind of sequel any fan would want from a developer, boasting staggering amounts of improvements and features over the original. Its awe inspiring what Slightly Mad Studios have been able to produce compared with larger and more established development teams.