Konami’s Pro Evolution Soccer 2015 takes the competition to EA’s FIFA 15 and this year, may be on the verge of snatching away FIFA‘s long-standing mantle as the premier football (soccer) simulator. With a lukewarm reception from FIFA 15 this year, PES 2015 have delivered their strongest contender to date.

Visually, PES 2015 is head and shoulders ahead of FIFA 15 in this department. While FIFA 15 visuals look starkly similar to last years offering, PES 2015 have upped the ante once again producing a beautifully realistic experience. 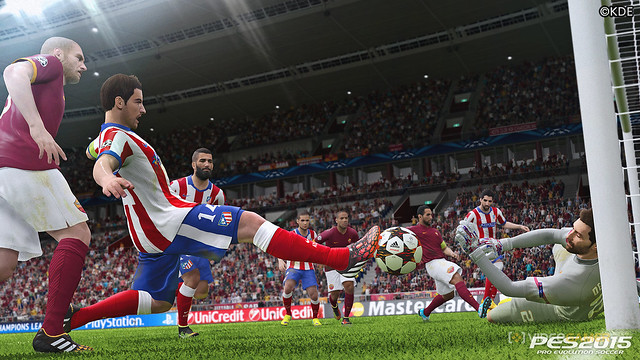 Last year’s PES 2014 was a massive improvement but PES 2015 appears to have ironed out much of the flaws, and polished it all out to produce scaringly realistic player models. Looking past cover athlete Mario Götze, even lesser known players look just like their real world counterparts. PES Player ID returns to ensure your favourite players look and behave like themselves all year round with regular updates to their current form and appearance.

Combine these gorgeous models with the reworked gameplay on the field and you have pure magic. Expanding on the intricate refinement from last year, PES 2015 takes intuitive control and mechanics to the next level. Animation sequences are smooth, as is the seamless flow of any given match. Effortless dribbling, responsive ball handling and collision detection makes it equally as enjoyable to watch and play. Matches come alive with attention to detail given to all aspect of the playing field. 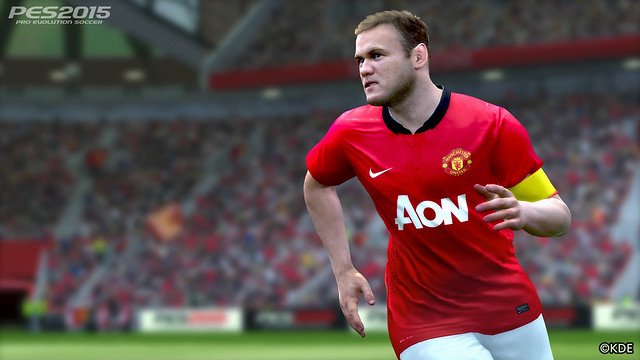 Improved shot control and goal-keeping mechanics is evident, with the power and precision of your moves directly influenced by the player behind the controller. It’s free flowing and unrestricted controls which helps set it apart from the competition, rewarding those dedicated enough to learn the intricacies of the game. It’s a continual step in the right direction which the franchise has been building and evolving upon; year on year. Faithfuls of PES will appreciate the step back to the PES gameplay roots, rather than taking a carbon copy approach of following in FIFA‘s footsteps. The end product is a fluid mix between pin-point control; combined with the unpredictable nature of the beautiful game.

AI opponents and teammates respond intelligently to what’s taking place on-field, behaving reactively to any given situation. Online and offline gameplay are equally as fun to play, particularly alongside a friend in local multi-player for highly competitive matches. Online ranking has been simplified with new Online Divisions, relegation, promotions, and a dedicated 11 versus 11 gaming lobby.

PES 2015 introduces the MyClub mode this year, taking a page out of FIFA‘s Ultimate Team mode. Inherently the same at its core, MyClub will have you building your own team from scratch, recruiting your favourite players to your squad. This doesn’t come cheap if you want to build a dream team of superstars, requiring you to invest hours upon hours of gameplay to earn in-game currency. There is the option to leap frog the grind by spending real cash on microtransactions. 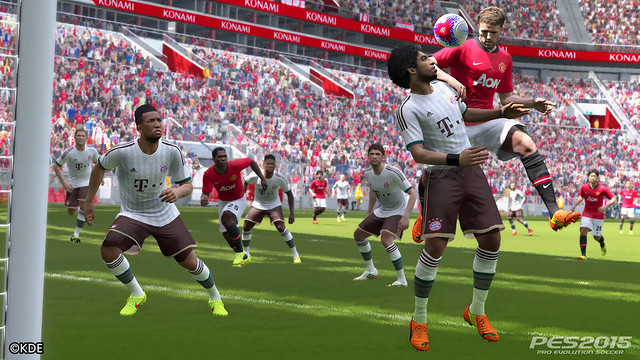 This isn’t entirely as seedy as it sounds, given it is purely an option and not required to experience the full content PES 2015 has to offer. It simply caters to different player groups, from the hardcore dedicated players to the casual gamer. MyClub is a welcome addition to the franchise, but doesn’t revolutionize the format by any means. If anything, it feels more a case of keeping up with the Jones than anything else.

If MyClub isn’t for you, you’ll be glad to hear Master League and Become a Legend mode makes a return. Although largely the same as the previous year, Konami have instilled a few updates, most notably in their menu system. With the UEFA Champions League being one of their biggest licenses, Konami have gone to lengths to make the most out of the license, making use if anthems and presentation format ripped straight off a telecast. It’s executed remarkably well that some may struggle to distinguish between the two. 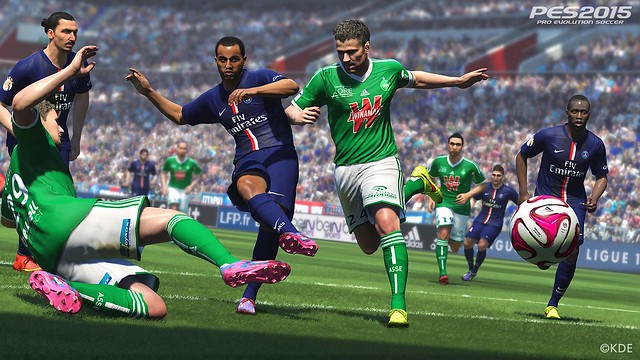 There’s no denying the lack of licensed teams in PES 2015, with some recognisable official teams missing from the game. It’s been an uphill battle for the franchise against the FIFA series littered with licensed teams up the ying-yang. Despite the lack of licenses, PES 2015 does well with what they have, even creating their own team crests and colours to emulate the real deal, without infringing on trademarks.

Despite the omissions, you do gain access to the Europa League, Copa Sudamericana, Recopa Sudamericana and Super Cup, with the Copa Libertadores and Asian Champions League making a return among many others.

Compared with last year, PES 2015 does include more licensing deals, including a day one patch adding new teams, branding and players to the official roster. Of course, if you really want to play as your favourite team omitted from the game, with a little bit of time and creativity, you can re-produce any team you desire. 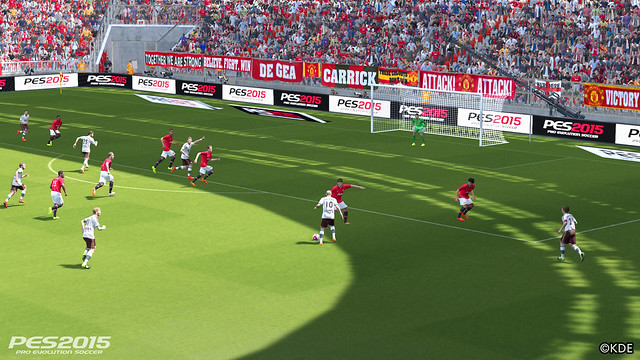 Pro Evolution Soccer 2015 delivers a thrilling soccer simulation that will give the FIFA franchise a run for its money. Those shifting from FIFA to PES 2015 may struggle to grasp the change in mechanics at first, but you’ll quickly find yourself immersed in one of this year’s greatest sports games. Hard work has certainly paid off for Konami with this years revision.