If you were at PAX Australia this year and ventured over to the Tabletop area of the expo, you may have spotted the launch unveiling of Final War, a brand new TCG (Tactical Card Game) developed by home-grown company Games Lab.

Game Lab is a Sydney-based independent game studio established in 2009, have developed app games Penny Parlor and the puzzle-based Final War: 5 Dragons. But hold on, didn’t I just say Final War was a TCG? It most certainly is. While working on app titles, Game Lab have been working on the physical card game in the background with PAX Australia 2016 the perfect platform for its official launch.

If you didn’t spot the rather large ‘Final War’ sign hanging from the expo roof, you may have completely missed it given the juggernaut that is Magic: The Gathering occupying such a large portion of the tabletop game floor.

Designed to be played between 2 to 4 players, Final War takes place in the magical world of Gloren. A truce has ended between the different races and now Warlords representing different factions have gone to battle, fighting for the Gem of Making, a mysterious orb of immense power.

Final War is touted as a hybrid between traditional trading card games and table-top action, and in some regards is very much true, but I’m more inclined to refer to it as a TCG given the game revolves around card decks, drawing cards, and even booster and expansion packs for enhancing the play experience. By TCG, I mean trading card game, but Game Labs refers to Final War as a tactical card game. So the question is, what’s the difference? 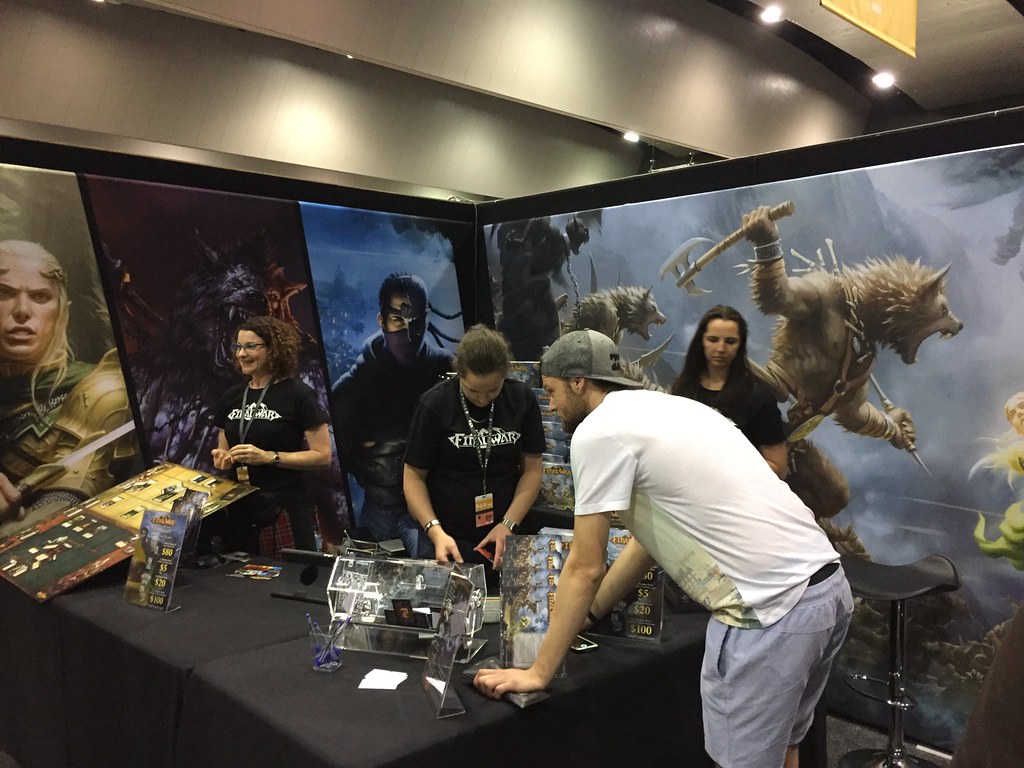 What separates it from TCGs is the inclusion of a moderation mechanics in the form of a communal Fate deck and random dice rolls stacked upon the usual individual player deck format. The ability to play Final War with more than two players, as well as three different game modes depending on how much time you have to play makes Final War a rich, vibrant, and highly competitive gaming experience.

Despite sounding almost like too many mechanics overcomplicating gameplay, Final War doesn’t play, or feel that way at all. I was given a ‘Quick Kill’ demo game with the rules being explained along the way.

In Quick Kill mode, each player takes control of a single Warlord (Elven, Guildmaster or Werewolf), each player draws a starting hands and fortifies they side of the board with Heroes, Units, Items and Fortifications to protect, while attacking the opposing faction. Each player takes turns drawing from their own Player Deck and the Fate Deck, spawning wandering monsters and mercenaries/bandits. Think of the Fate deck as a pseudo-jungle environment in an online MOBA game, adding an air of chance for recovering from a losing position, or possibly complete destruction at the hand of a random encounter.

The game ends when a Warlord has been depleted of health, or the Final War card is drawn, where a no holds barred battle ensues with one player emerging victorious from the rumble of fallen minions and a decimated game board. 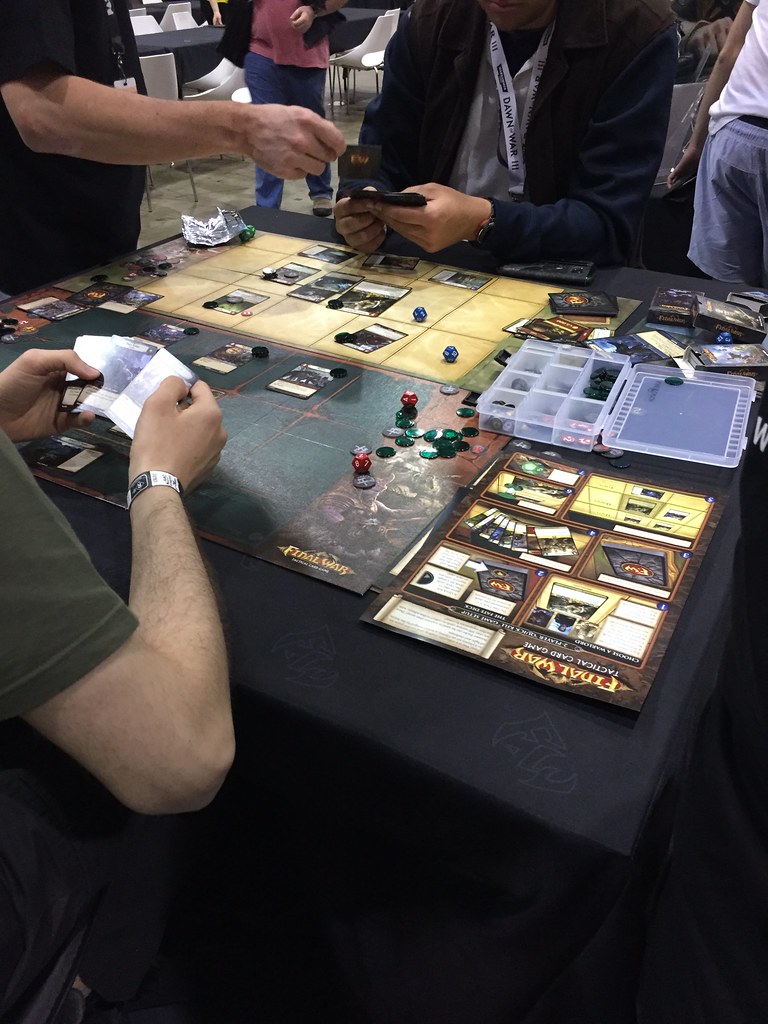 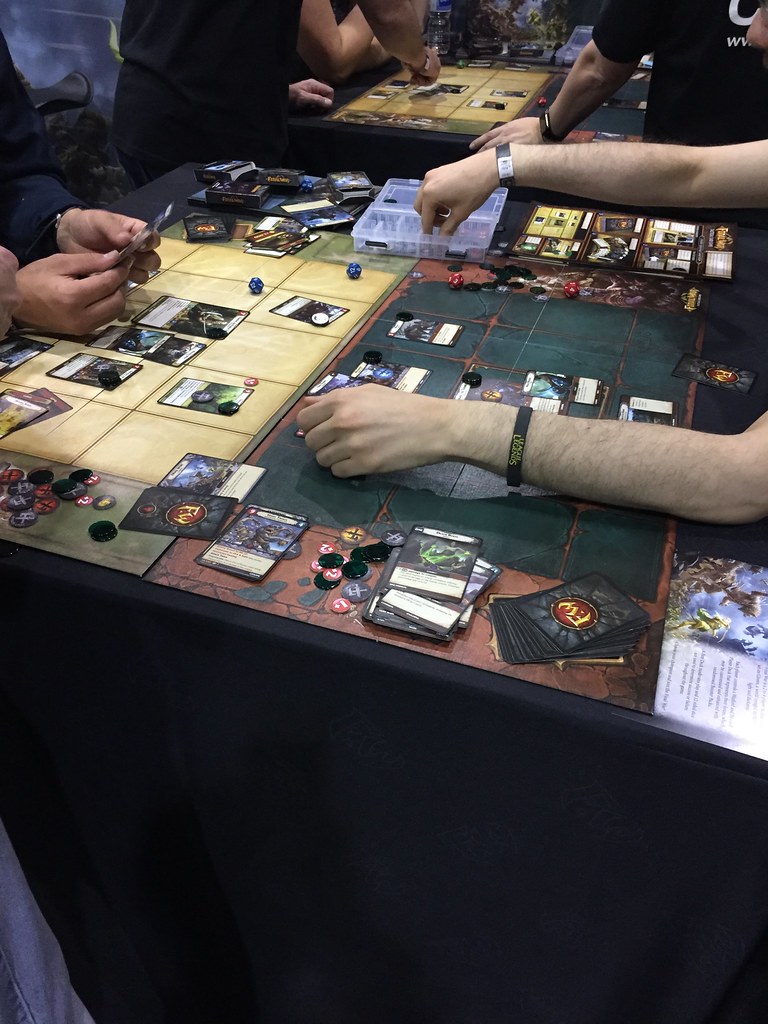 Quick Kill mode is a perfect introduction format with just the right balance for learning and building familiarity with Final War. By the end of the game, I had a fair understanding of how the mechanics worked that I refused to reveal my hand to my instructor. After dominating the first game, my instructor struck back capturing the second game with ease, before we agreed to a truce in order to let other keen observers have a chance to play.

The inclusion of dice rolls (12-sided) and the communal deck means chance is a major factor in battles, but the ability to stack card effects during combat phase means probability can swing heavily in one person’s favour. As with life, nothing is guaranteed and even the slimmest margin of probability is enough to switch a game on its head in dramatic fashion.

A unique, but questionable design choice for Final War is the inclusion of booster packs. Booster Packs allows you to supplement your 50-card deck with new cards, effectively making deck construction an endless possibility as more expansions are released. Given Final War plays like a table-top game, is booster packs really needed?

Although I understand the thought process of having booster packs, the demand on players to purchase packs could be asking a bit too much, especially given the Australian TCG landscape at the moment. I remains to be seen whether this move with make, or break Final War but if the franchise can develop a loyal fan base, the game is sure to take off into the stratosphere. 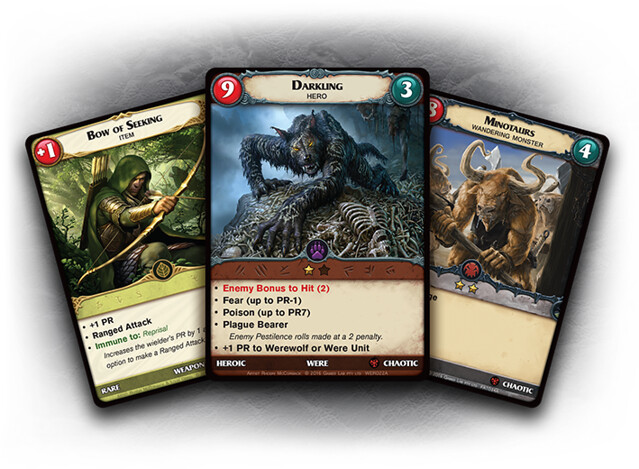 Final War is officially available now through all good hobby stores and card speciality retailers. If there isn’t a store nearby, you can also purchase products online at www.finalwar.com. Right now, Final War is available in an Onslaught Starter Set comprising 200 cards and all necessary components to get you started. Onslaught Booster Packs (12 cards) and Booster Boxes (24 Packs of Booster Packs) is also available to further upgrade your deck and playstyle. The Onslaught set comprises over 300 unique cards, all featuring stunning, hand-drawn artwork. 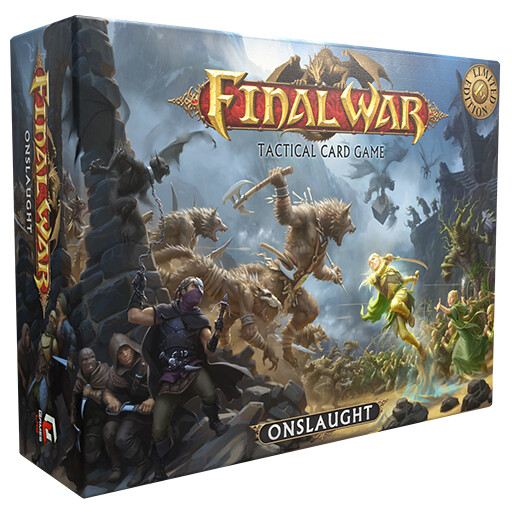 There are already two more expansion sets, Final War: Arcane and Final War: Carnage planned for release in 2017 so there’s a lot to look forward to in Final War. If you’re a fan of fantasy tabletop games or card games set in mythical realms, Final War is a TCG worth taking a look. Learn more about the gameplay mechanics at finalwar.com. 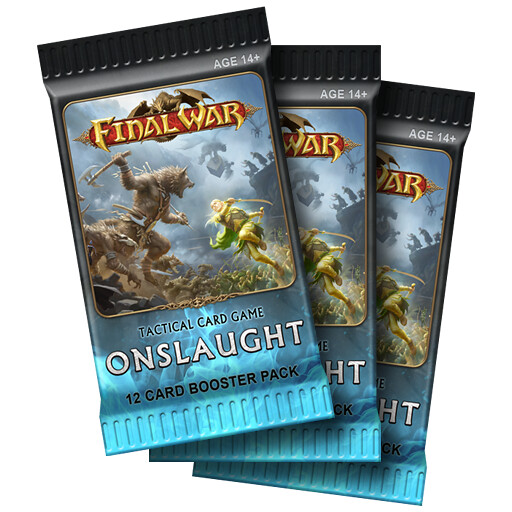