Hi-Rez Studios, creators of the popular MOBA game SMITE, have decided to try their hand at producing a team based multiplayer FPS in the form of Paladins. Paladins has been in open beta for PC since September last year, and now it’s moving to console with the closed beta for PlayStation 4 and Xbox One recently beginning. 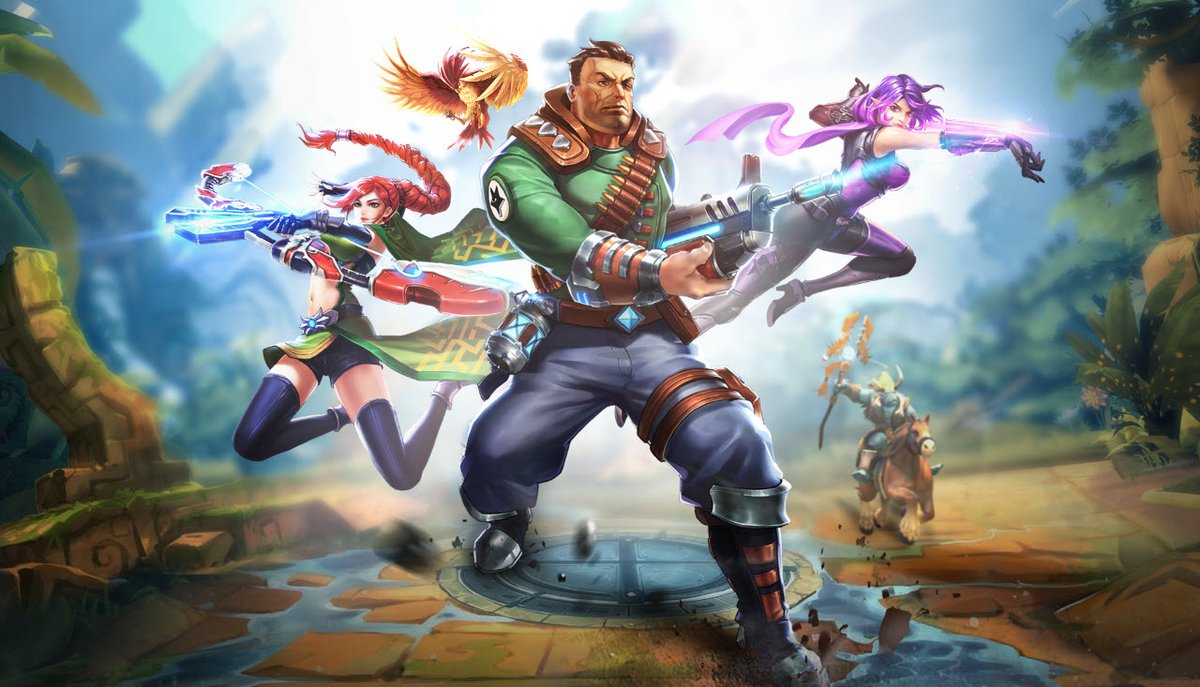 There are 23 different champions to play as in Paladins, each with their own unique skill set and role to play during matches. They range from characters specialised for direct attacking, to healers and more balanced supporters, with more champions being added to the game on a regular basis. Adding to the variety, characters who fill the same role in battle have different ways of going about the job. They use a range of different weapons, with front line characters using anything from a flamethrower to a giant portable shield that their allies can take shelter behind. Each champion also has a unique ultimate ability, which can be used once their ability bar is fully charged. They have many different effects, from dealing area damage to the opposing team to powering up the user, and are sure to turn the tide of battle with each use.

When players first start up the game, they only have access to a small portion of the full roster of champions, but by playing in matches they can earn in-game currency to gradually unlock the rest. While Paladins is a free to play game, there’s also a Founder’s Pack available for purchase during the beta stage which unlocks every champion for use immediately, and also rewards buyers with some extra loot chests and exclusive items. 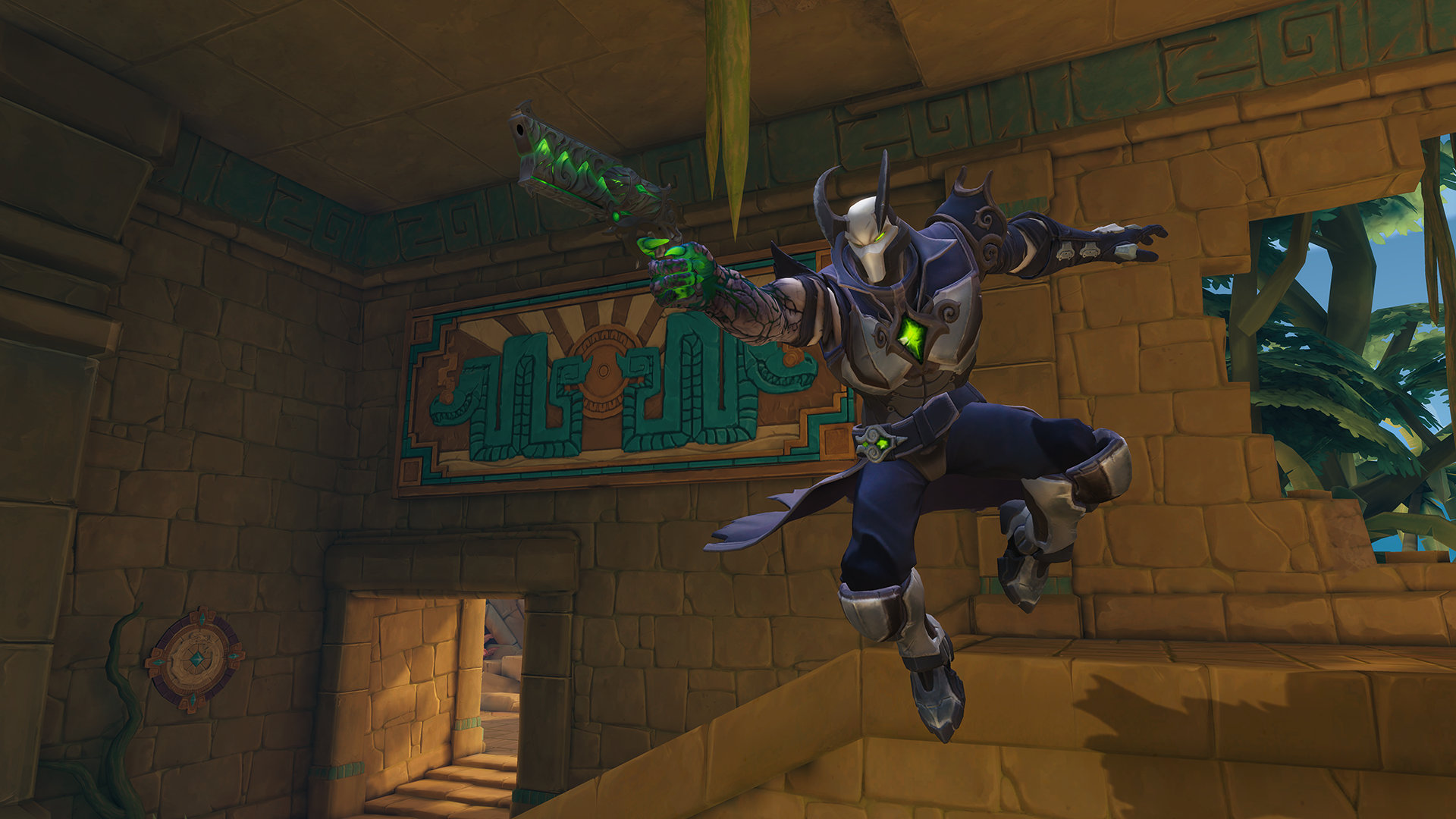 The console closed beta features two game modes, Siege and Payload. In Payload, each team is assigned the role of either attacker or defender. The attackers try to push a payload filled with treasures towards a goal which is located close to the enemy’s base. The defenders need to try and kill off the opposing team as efficiently as possible until time runs out. After each round, the teams switch roles. The ultimate winner of the match is the team that managed to push their payload the furthest across the map. Siege is like a variation on Payload. The main difference is that the payload doesn’t appear until one of the teams is able to capture a central point in the map. Once it appears, the team who did the capturing scores a point, and then things play out similarly to the Payload mode. It takes four points to win the overall match, with each successful transport of the payload to the goal earning a point.

Of course, you can’t talk about Paladins without mentioning Overwatch. The comparisons between the two are obvious since they’re exactly the same type of game, right down to the structure of matches and the way that the playable characters work. This isn’t too surprising when you consider that both games were heavily inspired by Team Fortress 2 though, and so they both offer a very similar experience. Overall, there are two main differences between them. Firstly, there’s the fact that you can’t change your character during matches in Paladins. This tends to mean that gameplay feels more consistent in Paladins, with no surprise changes in team composition, and no way to directly counter enemy strategies by simply switching characters and skill sets on-the-fly. However, players in Paladins can still adapt to the playing style of their opponents to a degree, with an in-match skill shop available which offers players the chance to buy certain buffs for their chosen champion. These buffs are the same for every champion, but there’s a wide range of them. If the enemy team is causing you grief with a particular tactic, then chances are that there’s a skill that can help you counter it to some degree. It’s a system that doesn’t feel as natural as simply switching characters in Overwatch, but it does allow for some flexibility. 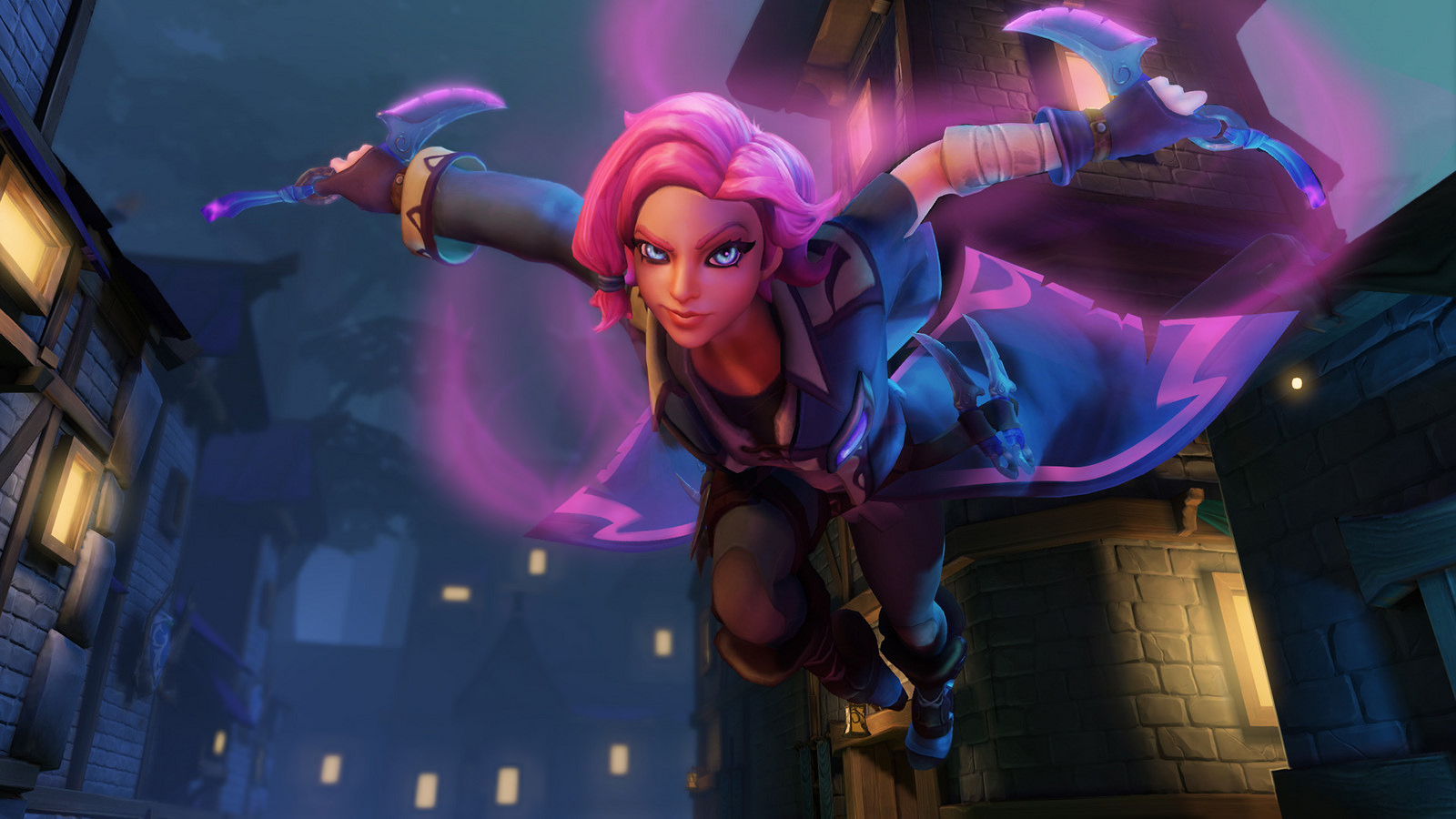 Secondly, there’s the card system. Cards are a way of customising each champion, which is done from the main menu. Each card grants its associated champion a perk of some kind, ranging from bonus damage to skills to increased movement speed. There are many different cards for each champion, each of which has an associated rarity. The rarer a card, the better the perk it provides. However, they also take up more space in the character’s loadout, so using a mixture of rarities is essential to making a balanced set of perks for your characters. This system is the biggest point of difference compared to Overwatch, which when it comes to customising characters, only offers vanity items. It’s a very welcome addition, and lets you tweak characters to suit your playing style.

Overall, Paladins is a strong, free to play competitor to Overwatch. Although the game may feel overly familiar to veteran Overwatch players, it does offer its own twists on the formula, and it’s definitely more accessible. Paladins is currently in closed beta for both PlayStation 4 and Xbox One, with sign up available from the official website. A guaranteed way to get into the closed beta is to buy the Founder’s Pack, which grants instant access. The pack is currently on sale for $19.99 USD.

Motorsport Manager Out on PC