SMG Studio have just released their popular tower defence game, OTTTD, on the Nintendo Switch. The name stands for Over The Top Tower Defence, and that’s exactly what the game delivers.

It’s the year 2317 AD and Earth is at peace. Soldiers are out of work due to the lack of conflict. Fortunately for them however, it’s discovered that thanks to cutting edge dimensional technology developed by HEROCORP, new threats to the planet can be dealt with before they even get close. Out in space, commanders working for HEROCORP are travelling between dimensions, setting up bases, and taking out the hostile lifeforms they find. As you can see, the simple story mainly just serves as an excuse to shoot the heck out of a bunch of aliens, but there’s nothing wrong with that.

OTTTD is split up into a large number of levels, with each of the early ones introducing a new tower or hero. There’s a good variety of towers to build, with each of them having a different type of damage output. The game’s enemies have strengths and weaknesses to each of these types, so building the right kinds of towers in the right places is vital. Each defeated enemy drops cash, which can then be used to upgrade your towers as the level plays out. Meanwhile, heroes are special characters that are deployed on the battlefield right from the start. Before starting a level, you may choose three to bring into battle with you. Heroes can be moved around by the player and given orders, and they have many uses. One can repair your towers, another can snipe enemies from a distance, etc. Heroes are also where the game’s RPG mechanics come in. After completing a level, heroes receive experience points which earn them skill points when they receive the required amount. These skill points can be spent on each hero’s skill tree to upgrade their various abilities, such as increased attack range and damage. There are 7 different heroes to unlock as you go through the game, each with their own unique role on the battlefield, and customisable by choosing different branches on their skill tree. Experience points can also be grinded by replaying levels as much as you like. The RPG mechanics help to set OTTTD apart from its competitors, and it’s a welcome set of features. 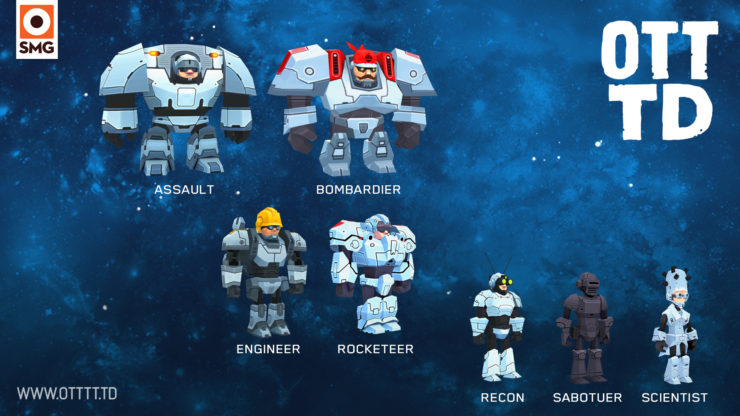 Players can challenge themselves to earn up to three stars in each level, which naturally becomes harder and harder over time. The gameplay has a good flow to it, with each level presenting a good mix of enemies, and multiple waves to blast through. During the course of each level, players can also fast forward the action at any time, which can really help to keep things moving quickly, especially between waves. Unfortunately, activating the fast forward feature requires the player to press in the Switch’s right control stick. This stick is also used for zooming the camera in and out, and so, pressing it in will also often change the camera. There’s no option to remap the game’s controls, so you’re stuck with this awkward set up.

From a technical perspective, the game runs perfectly. With a smooth framerate regardless of the large number of enemies on screen, it makes for an enjoyable gameplay experience with no bugs. Graphically, the game is nothing special, but the art style is still visually pleasing overall and there’s always a lot going on at any time, with pieces of enemies flying all over the place and littering the battlefield. Some of the enemy designs are also quite creative and help to spice things up. The sound design is probably the weakest part of the game however. While the background music does its job well and isn’t overly repetitive, the same can’t be said for the spoken dialogue of the hero characters. Each only has a small number of lines, and you’ll hear them again and again and again as you play, to the point where it becomes grating. You can tell that SMG Studio were trying to give the characters some extra personality, but it could have been implemented in a less annoying way. Even just having the dialogue play less often would help a lot. 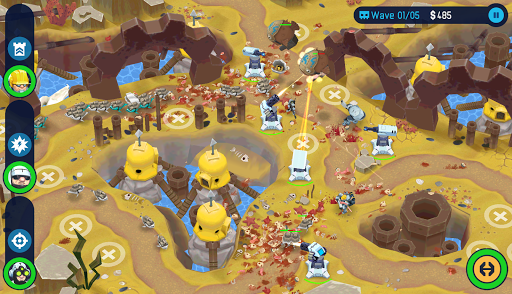 Overall, OTTTD is a solid enough tower defence game. The gameplay will appeal to fans of the genre, and possibly even some newcomers as well. It’s good value for its asking price, there’s a reasonable amount of content, and it features some interesting ideas with the addition of the RPG mechanics. The presentation does feel a little lacking in some areas though, and it could really benefit from some changes to the sound design and control scheme. Despite that, the game feels like a good first entry into the genre for SMG Studio, and hopefully we’ll see more from them in the future.