The Nintendo Switch library keeps on expanding with the release of One Piece Unlimited World Red Deluxe Edition, an enhanced version ported exclusively for the Nintendo Switch. Released back in 2014 for the 3DS, PS Vita, PlayStation 4 and Wii U (digitally), the Deluxe Edition brings Luffy and his Straw Hat Pirates to the Switch, stuffed with extra content and features. 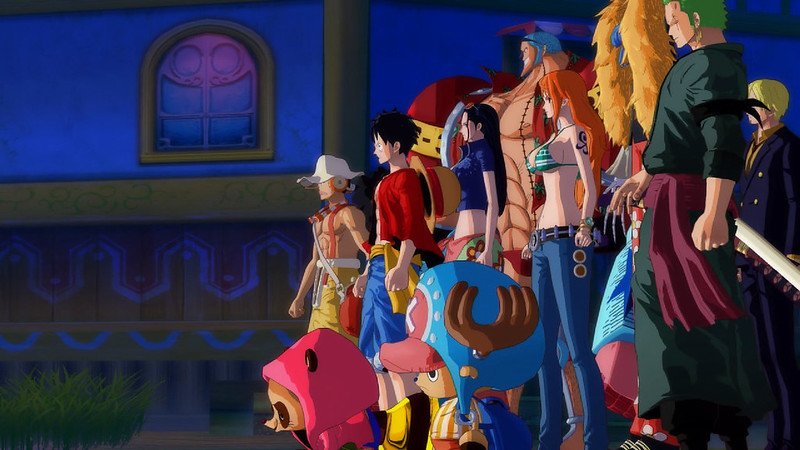 The story begins with the super-stretchy Luffy and his pirate crew being led to the mysterious Island of Promises by their new friend Pato, a cheerful raccoon who is deceivingly more sinister than meets the eye. It’s here where Luffy’s crew become kidnapped by The Red Count, and it’s up to Monkey D. Luffy to rescue them from The Red Count, using his fists of course.

Unlimited World Red doesn’t do much to catch players up to speed, so if you’re new to the One Piece universe there’s going to be a lot of missing explanation and character references. Of course, when you’re working with source material that spans two decades, it’s hard to squeeze so much backstory into the one title.

That’s not to say that the plot is difficult to follow as you’re only dealing with a portion of the overall One Piece plotline, but it would be worthwhile to familiarise yourself with the anime or manga before you dive in. Who knows, Unlimited World Red may even convert you to being a One Piece fan. 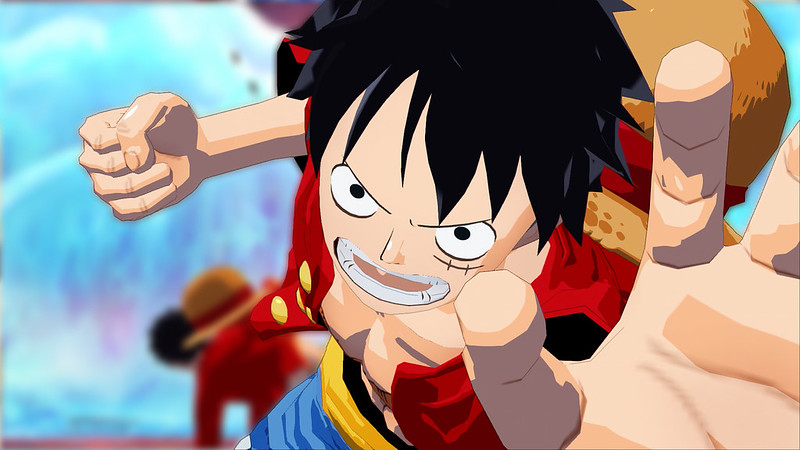 Once you get your bearings with the plot, set sail for Transtown, an island hub where you can warp to different levels from. Starting off with Luffy, you’ll need to rescue members of your kidnapped crew who you’ll be able to add to your party (up to three crew members), before venturing out and doing the same thing over again. It sounds repetitive but it’s a formula that One Piece titles have been using for a while, and once you sprinkle in features and personalities, it really becomes a joy to play.

The attacks are a spectacle of colour and the combos of damage inflicted vary from trio to trio.

Each level follows a same-old, same-old structure. Assemble your team and bash through minor baddies while gathering treasure and resources along the way. The level culminates with boss fights, each having distinct personalities, abilities and tactics for you to overcome. Once you’ve dished out a helping of Gum Gum justice, you’re teleported back to Transtown where you can spend your spoils on improving your stats and the Transtown hub. Build new stores like restaurants and taverns to open up and unlock new features, and quests before setting sail for adventure in a level again.

Gameplay is nice and varied, with each character possessing unique abilities making combat loads of fun. If you’ve played any of the One Piece games before or read the manga, all the pirate adopt signature moves that translate over to Unlimited World Red in a rich compelling way. Luffy attacked with his long limbs, Zorro uses multiple blades, while Nami uses a staff and her ability to control weather to take advantage of enemies. There’s a whole catalogue of playable characters to explore, making team composition a tough choice when you can only take three characters into a stage at a time. 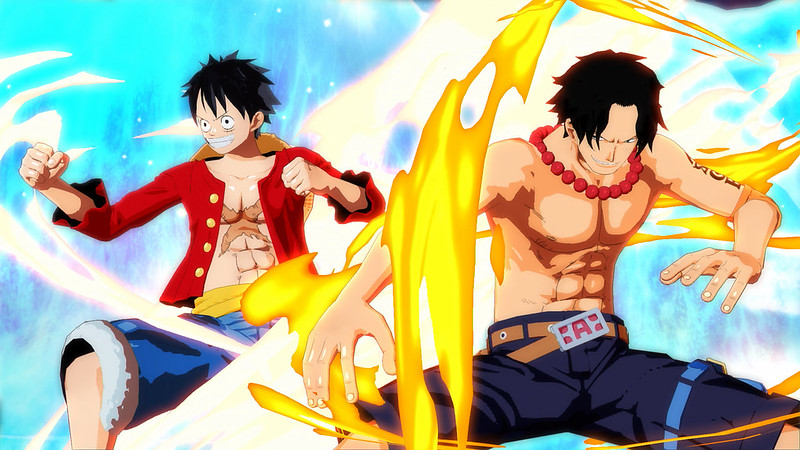 Your teammates can be switched on the fly with a tap of the ‘-‘ button, or tag-team everyone into a fight all at once by holding ‘R’ and hitting a face button. The attacks are a spectacle of colour and the combos of damage inflicted varying from trio to trio. Calling in a multi attack drains the SP gauge but it recharges so quickly that you’ll be blitzing enemies rather often during each stage.

Visuals and art style pays respect to the anime, filled with vibrant colours and special effects that looks every bit as good as an animated episode.

It has an almost One Piece: Pirate Warriors feel about it, where you’re consistently outnumbered but never outmatched as lesser baddies wonder into range just to become combo fodder. You never really feel like your back is against the wall and even if you do feel overwhelmed, disengaging from combat and regrouping is always an option not too far away.

Visuals and art style pays respect to the anime, filled with vibrant colours and special effects that looks every bit as good as an animated episode. Japanese voice-acting is included and the soundtrack is bombastic and epic, sorting the adventuring theme perfectly. It’s a flashy display of technical know-how, both on the Switch screen console and on the large screen. When playing on the Switch, One Piece Unlimited World Red runs at 60 fps in full HD, although there is a bit of a drop in frame rates when too much is happening at once. It’s noticeable, but bearable at the same time. Unfortunately cut scenes are cut from the 60 fps benefit, losing a bit of polish. 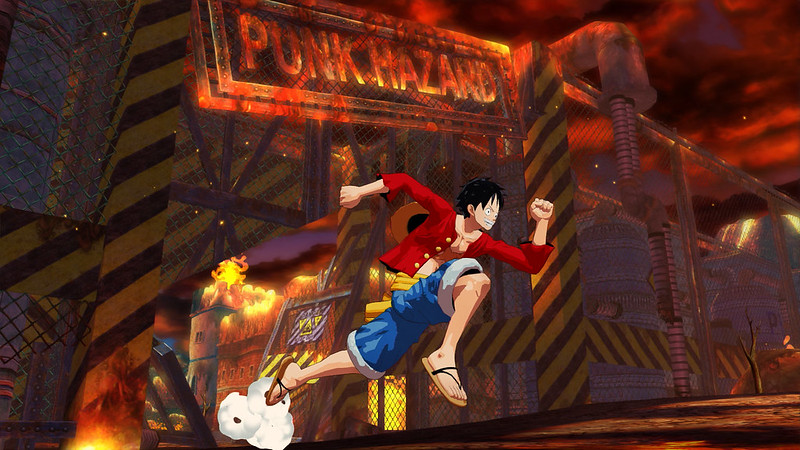 The Deluxe Edition includes all previously released DLC comprising of new costumes, outfits and extra quests. There’s more than 50 pieces of DLC includes, although most of that is purely cosmetic. If you’re a gamer that wants the most comprehensive experience possible without the need for additional micro-transactions this is it, at least until more DLC gets released. The Switch version also benefits from two-player co-operative mode with double Joy-Cons on the one Switch unit.

Having a friend jump in and play alongside you is ridiculously fun, especially when you can take the action with you wherever you are. They can drop in or out anytime as the screen turns to wide-screen diagonal view. It’s a tad small on tabletop mode, but is one of the better features of the Deluxe Edition release. Sure, you don’t have the benefit of a dual screen like the 3DS version, but I’d take playing with a friend over it any day.

For those that have already played One Piece Unlimited World Red, the added features and unique controls on the Switch may not be enough justification to double-dip on what is the same title at heart. If you didn’t go Gum Gum Pistol when it launched the first time, the Deluxe Edition isn’t bad value for money. Being on the Nintendo Switch also doesn’t hurt either, as the two player co-op mode and portability are all a major plus.

If you didn't go Gum Gum Pistol when it launched the first time, the Deluxe Edition isn't bad value for money.