Note: Never Alone throws a major curveball at around the midpoint of the story. As such, light spoilers will be discussed (though not in any detail) due to its influence over the story, as well as the gameplay itself.

Rarely does a game with such potential fail to deliver on the same level as Never Alone. The concept – or at the least one that’s initially presented to you – is fantastic, highlighting the side-scrolling adventure of a little girl in the icy tundra with only an arctic fox for company. It’s an appealing premise, and one that you’ve probably never considered before. Sadly, the game is far better on paper than it is in execution thanks to a number of unwanted factors.

What the game does right, it does in its first half (roughly 60 – 80 minutes long). The tale begins with a little girl, Nuna, setting off on a quest to discover the truth behind a mysterious blizzard. This blizzard plays into the adventure more often than it should, but at least it comes with some form of context. Nuna can use a well-timed jump in tandem with a strong gust of wind, launching herself to platforms that would be otherwise out of reach. She wouldn’t get far without her foxy friend, however, who proves himself a true ally thanks to his courage, agility and spirit powers.

The presentation is actually quite decent. You can’t expect the blockbuster models or dazzling effects of triple-A releases, but Never Alone is consistent in tone and features an effective audio score. The narrator speaks in his native tongue and you’ll find videos dotted around the landscape which might just teach you a thing or two, Discovery Channel-style. The in-game animation is vastly superior to the (mercifully rare) drawn cutscenes, though screen-tearing does occur at questionable moments when there’s very little going on. 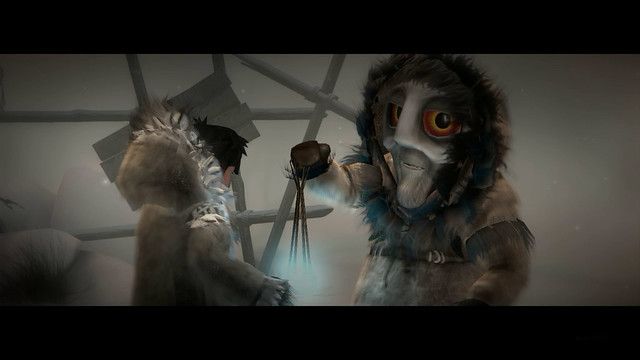 Again, it’s the first hour which will impress the most. You’ll run away in a panic, solve environmental puzzles and genuinely start to enjoy the tale which the adventure seeks to tell. True enough, you’re not getting much variety in terms of setting, but that’s fine for a bite-sized outing with so much atmosphere. Nuna dies with a single hit, but the system makes sense given her youth and fragility in a world of such peril. Switching control between Nuna and the fox works well enough, but the game also touts a two-player mode which is available locally. As the two heroes are always on-screen together, you’ll get a sense that the two of you are about to embark on a grand quest together.

Then you get to the game’s second act; an act which begins with a major disappointment in terms of story and ends horrendously in terms of gameplay. Those who purchased the game for time spent with the fox are in for a shock, as he’s swiftly replaced by an altogether different playable character. A better idea would have been to transform him into another spirit animal (eg. a bird for lofty areas and a bear to break down terrain) and while it’s just an idea I just came up with while playing, it’s infinitely better than what the game ultimately decides on. Much of Never Alone has been derived from arctic folklore, and while this goes some way to explain the odd decision or two, this shift in character remains a problem either way. 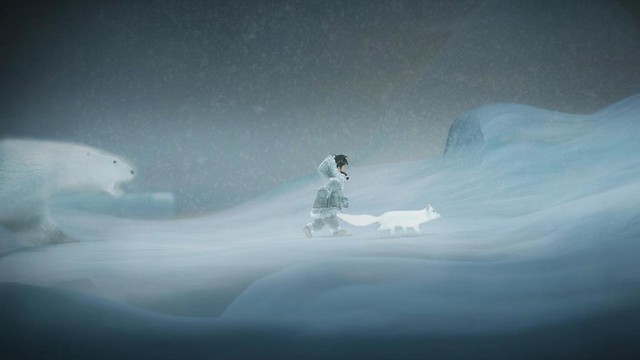 The game itself becomes an irritating mess of unforgiving jumps and woeful trial-and-error. There’s even an invisible timer towards the end, hammering that final nail in Never Alone’s frosty coffin. You’ve got to hand it to the developer in some respects – after all, the team came in with some fresh ideas – but on the other hand, it’s tough to forgive the game such enduring missteps. When you find yourself cursing at the TV then it’s safe to say that most of the magic is lost. That’s not necessarily true of all games mind you, but it certainly applies to what Never Alone aspires to be… a whimsical adventure for the same audience as Journey.

The biggest tragedy of Never Alone is its failure to live up to its own potential, pulling back the curtain for an hour to let you glimpse at what could have been. The idea of blending retro platforming with Inuit folklore is a sound one, and so too are the game’s opening moves. Sadly, Nuna’s story plummets in quality to the point of hair-pulling, teeth-grinding frustration. How no one in development noticed the damage being caused is nothing short of bewildering. I wanted to love Never Alone, but came away simply saying ‘never again’. For the asking price, we all deserve a better adventure than this. 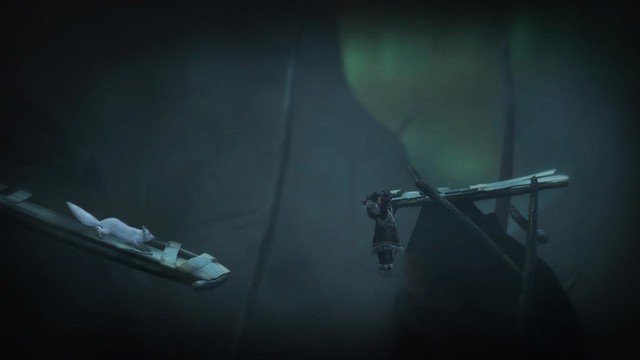