The Need For Speed franchise is back after a two year break with the release of Need For Speed Payback. 2015’s Need For Speed reboot bought with it some innovative ideas, but the lack of certain features (the inability to pause mid race for example) left many scratching their heads. Ghost Games appears to have rectified many of these issues with Payback, representing the most complete Need For Speed title to release in recent years. 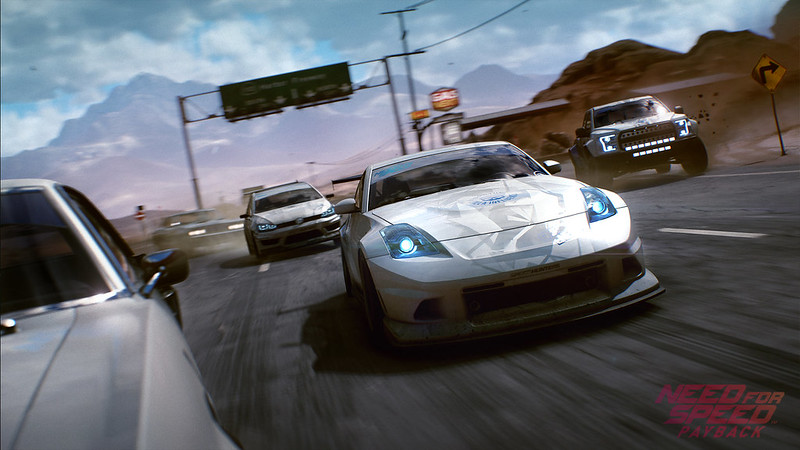 With more than two decades of titles under the Need For Speed banner and much of its success resting on street racing classics such as Hot Pursuit, Most Wanted and Underground, Payback draws on its much-loved heritage but injects its own take of story-driven narrative while trying to keep the fun revving away. What you’re left with is a game that could be dubbed Underground 3 in many regards.

Payback is set in Fortune Valley and features a crew of three playable characters, Tyler (The Racer), Mac (The Showman) and Jess (The Wheelman), each with their own unique driving styles and personalities to match. Tyler specializes in drag and circuit racers, Mac is smart-mouth Brit who’s a pro at drifting and off-road, while Jess is the most capable at getaways and evasion.

After a run-of-the-mill hyper car heist goes afoul thanks to a helping of betrayal by underworld cartel known as “The House”, you and your crew will have to race through the ‘Outlaw Rush’ event to seek payback…or should I say, Need For Speed Payback. It’s Fast and the Furious meets Need For Speed, spawning a 15-hour long campaign that isn’t as nearly as cheesy as its predecessor in terms of dialogue. Dialogue still isn’t Payback’s strong suit, but the cut scenes and action set pieces are pretty to look at. 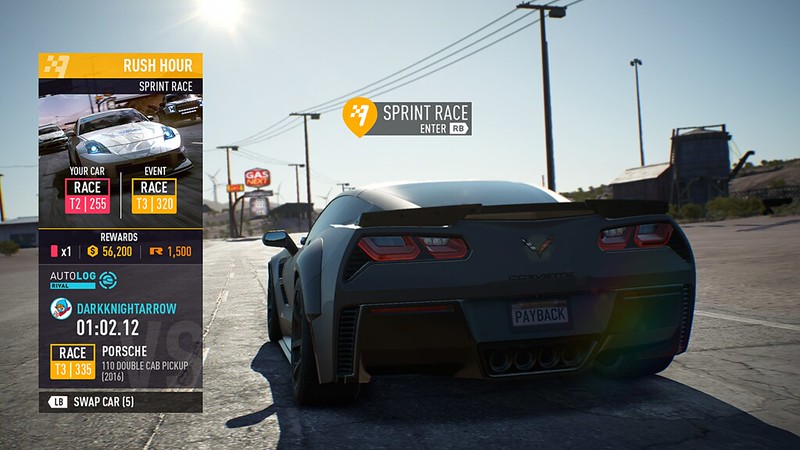 Fortune Valley is filled with stretches of deserts and long-running highways, the perfect playground for sandbox challenges across this Nevada-inspired world. Taking part in challenges and league events, each event conveniently tying in with one of your crew’s speciality earns you ‘rep’, moving you up the ladder towards revenge against The House.

Throw in nitro boost, AIs hell-bent on disrupting your racing line and perilous shortcuts where the huge risks are only matched by equally big payouts, and you have some of the best elements combined in an arcade racer.

As you’d expect from having multiple protagonists with unique driving disciplines, each vehicle will handle differently depending on the terrain. Street racing drifts has you gliding around corners, pump braking your way through at top speed as you wrestling with walls. Circuit racing feels more controlled in comparison, where driving cleanly usually places you in top spot. Paired with 70+ odd vehicles in Payback and you get plenty of diversity to keep the driving fresh, rather than descending to one set of controls and a handful of cars to achieve a win condition.

Throw in nitro boost, AIs hell-bent on disrupting your racing line and perilous shortcuts where the huge risks are only matched by equally big payouts, and you have some of the best elements combined in an arcade racer. Keeping with the Las Vegas theme, you can wager Side Bets where it’s win big or bust. 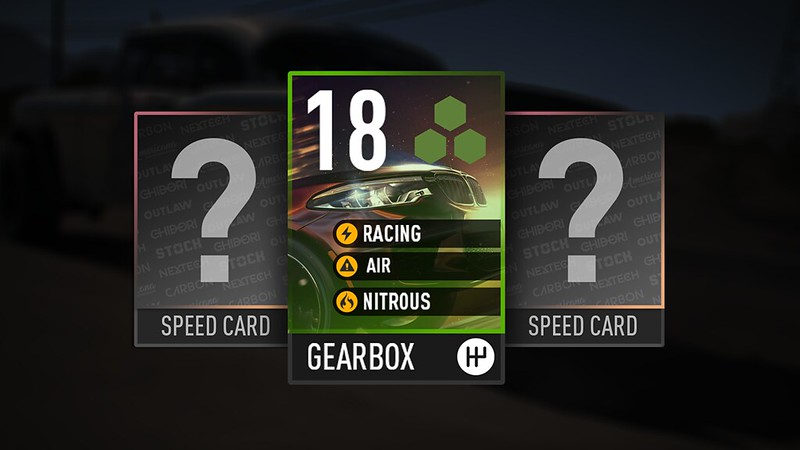 Payback introduces Speed Cards to the world of notorious outlaw racing. Speed Cards are earned by completing story missions, side events and speedlists, where each shipment rewards you with a choice of three possible cards to add to your collection. Speed Cards are random, and range from stat-increasing performance parts to vanity attachments.

Some will love Speed Cards, others not so much. The simplification of upgrades represented as a slot card makes car enhancement more digestible, but at the same time takes away from the technical aspect a grease monkey would have appreciated in earlier titles. Being an arcade racer, Payback walks the tightrope of presenting upgrades in an easy to understand way, but still letting you see what stat you’re actually upgrading. My main gripe with Speed Cards is the randomness of all, rather than letting me choose what card I want. This in turn makes Payback a little more ‘grindy’ than I would have liked.

Some will love Speed Cards, others not so much.

Asides from earning Speed Cards through regular play, you do have the option to purchase addition shipments of cards with real cash via micro-transactions, the very mention of the word is going to anger some consumers. Granted, having micro transactions in an AAA title which you’ve already paid good money is something we never want to see, the rate at which you earn Speed Cards is acceptable enough that you can get by on your merry way without ever having to dish out more of your hard-earned dollars. After I finished the campaign, I had a good assortment of cards by the end of it without having to shell any more clams. 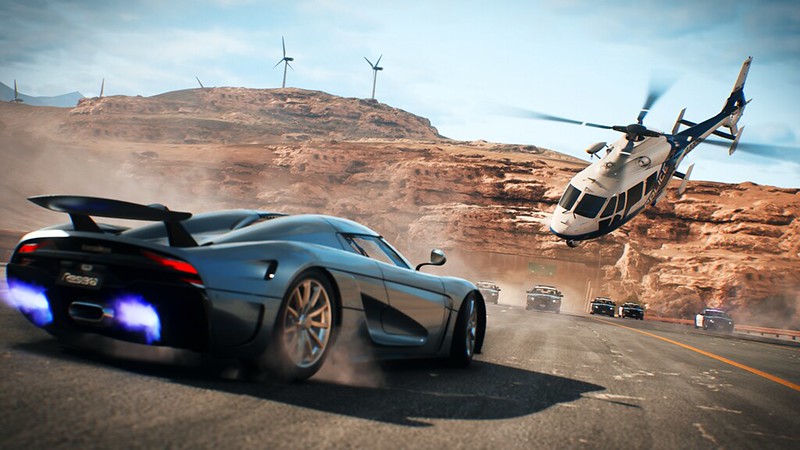 The difficulty curve in Payback can really stall your progress in its tracks. Moving up events requires new and improved vehicles once you hit an event your current ride is unable to meet. You’ll need to pick up a new set of wheels and even more Speed Cards to continue the climb, resulting in backtracking to grind out more coin, or actually dipping into your wallet for real coin. The progression here could have been a little more intuitive and streamline in my opinion.

Racing fans have many titles to choose from in 2017 such as GT Sport, Project CARS 2 and the like, but not a whole lot of arcade racers so far. Need For Speed Payback fills that missing void where realism and simulation isn’t so much as important as fun. The narrative and characters are far more likeable this time around, although the decision to introduce a card collecting system is going to infuriate hard-core fans. Nevertheless, there’s a lot here Ghost Games have gotten right. Electronic Arts and Ghost Games have shown plenty of promise for the Need For Speed series and the direction they are taking it.

Need For Speed Payback fills that missing void where realism and simulation isn't so much as important as fun. The narrative and characters are far more likeable this time around, although the decision to introduce a card collecting system is going to infuriate hard-core fans.