At one point in time, the NBA Live series held the number one position as the best basketball simulator year-on-year. Gamers often forget how much of a force the franchise was throughout the late 90’s. After a failed attempt to launch the NBA Elite series, EA Sports reverted back to NBA Live brand and the last couple of years have seen the series fall from annual console iteration, being a no-show in 2010, 2011, 2012, and last year. With NBA 2K continuing to dominate the genre, can NBA Live 18 turn the franchise around? 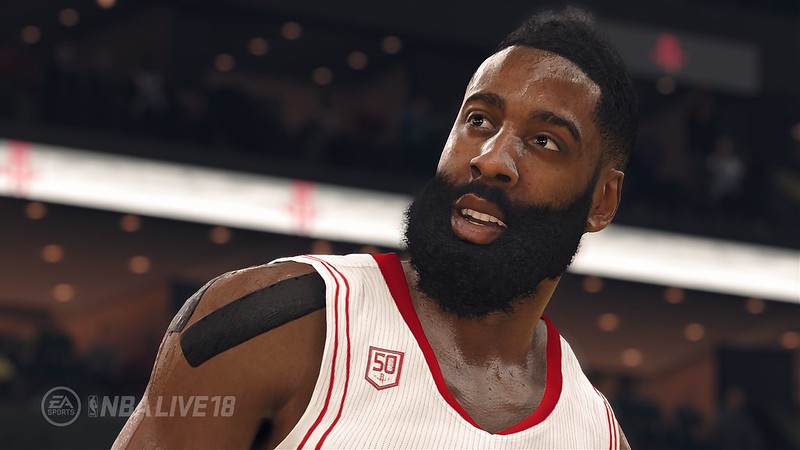 NBA Live 18 controls lack the complexity of 2K18, but that isn’t necessarily a bad thing. Whereas NBA 2K18 can take you a few games to adjust to, straight off the jump ball, NBA Live 18 feel natural to the touch, as you take flight towards the rim for a slam dunk or pull up for a fade away jumper without much fuss at all.

A new single-player career mode dubbed “The One” has been included and is a stand out amongst the other game modes.

The right analog stick adds variety to your ball handling where you can crossover, dribble or spin around an opponent with a few quick flicks before finishing with a floater, jumper or lay-up in the key. The gameplay and ease of getting into a match was always one of its best qualities many years ago. Compared with more recent NBA Live revisions, this is by far the best gameplay controls by a fair margin.

Although player animations are improved, ball contact and how NBA Live 18 handles collision detection and physics are questionable. Immersion flies right out the window when you lose possession; for what feels like a brush up against the opposition. All these odd interactions start to add up; hamstringing what is for the most part a solid NBA simulator. 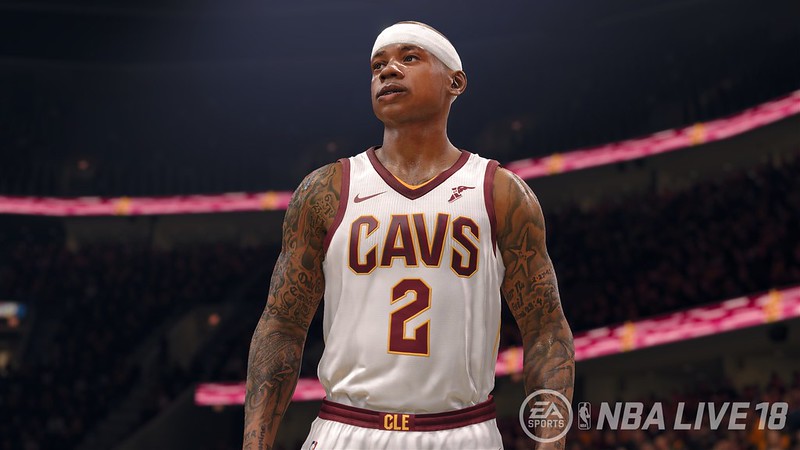 A new single-player career mode dubbed “The One” has been included and is a stand out amongst the other game modes. Borrowing elements from NBA 2K18’s “MyCareer” mode, “The One” is hands down the most feature packed mode in NBA Live 18, where you can create your own basketball avatar as you strive towards a professional career in the NBA. It combines both street and league games as you go from a developing youngster to a college student, and finally on to NBA stardom.

You can choose how you grow your player, what skills and areas to develop, even the style of clothing you want them to wear. New gear and accessories can be unlocked with loot boxes, purchased with in-game currency. One major point of difference between NBA Live 18 and NBA 2K18 is the absence of micro-transactions from NBA Live 18, something the 2K franchise has been copping a lot of heat as of late. 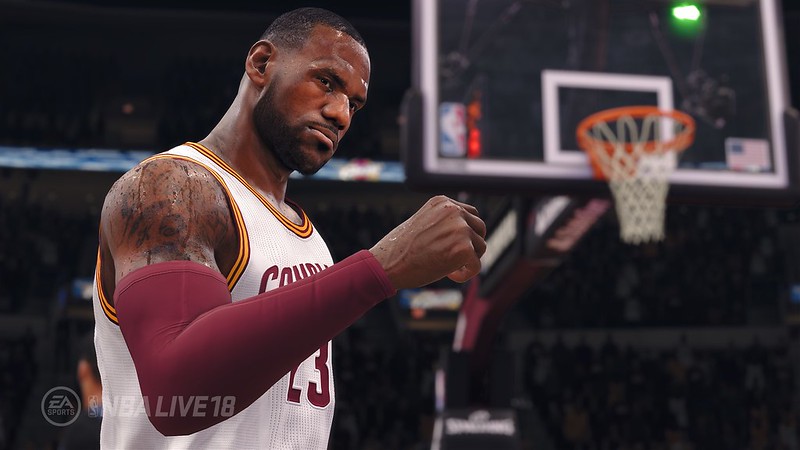 Online gameplay is solid, even if it is limited to ranked games. Fans of EA Sports titles will be pleased to learn Ultimate Team similar to FIFA, NFL and Madden is also available in NBA Live 18, helping to add longevity to the yearlong season. Ultimate Team alone will keep you firing up your console again and again, even if it isn’t anything particularly innovative in terms of sports titles.

There are other modes to invest in, but none are nearly as fleshed out as “The One”. “Franchise Mode” competes with NBA 2K18’s “MyGM”, but the latter has so much more depth that it isn’t even a close competition. Regardless of the gap, NBA Live 18 is showing plenty of promise as it rebuilds a step at a time.

NBA Live 18 is the first basketball simulator to include a full WNBA roster.

Taking cues from NBA 2K, a companion app for NBA Live 18 is available to scan your face into the game. At first glance, the NBA Live Companion app seems like a carbon copy of its competitor, but surprisingly the face scan technology is quite decent. My NBAK18 app can struggle to capture a clean facial scan with its recognition technology producing grotesque results under dim light. NBA Live 18 equivalent produced solid results without having to fuss around with angles as much. 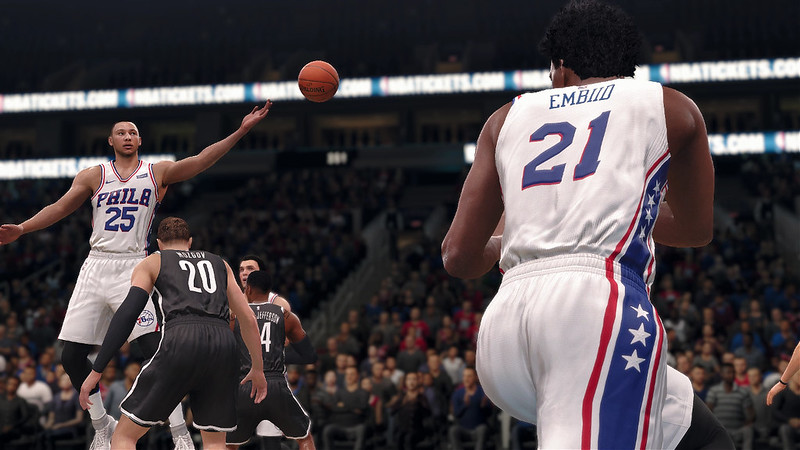 Commentary pales in comparison to NBA 2K18. Before long, you’ll start to hear the same remarks coming from Jeff Van Gundy and his co-commentators. Also the lack of addressing the WNBA teams by their full names stands out like an air ball. The ESPN splash screen and stat sheets are pleasant, blurring the line between basketball simulator and the real thing. Outspoken NBA commentator Stephen A. Smith and Max Kellerman on the show ‘First Take’ feature in the game, and love him or hate him adds some personality to the experience.

NBA Live 18 is the first basketball simulator to include a full WNBA roster. The inclusion adds diversity to a heavily male dominated sport and should be commended from going against the grain of what the key demographic of adolescent males may regard as a significant update. It’s a bold statement and highly welcome to the genre, even though the WNBA roster is only available in local “Play Now” mode.

NBA Live 18 is EA Sports’ best basketball simulator in a good while. Although it doesn’t quite match NBA 2K18 in content, it has certainly closed the gap difference and should only get better if the team at EA Tiburon can keep things on track. Although the features aren’t as rich, or in-depth as 2K18, the fluid gameplay mechanics and easy to jump into controls makes it a joy to play. Face scan technology is on point, online match connections are solid and the career mode isn’t half bad. NBA Live 18 is putting some pressure on NBA 2K18’s dominance.

NBA Live 18 is EA Sports' best basketball simulator in a good while. Although it doesn't quite match NBA 2K18 in content, it has certainly closed the gap difference and should only get better if the team at EA Tiburon can keep things on track.