2K has unveiled Hall of Famer Shaquille O’Neal will feature on the cover of NBA 2K18 Legend Edition for the latest 2K series iteration due out later this year. Along with the announcement, details on what fans can expect to find inside the Legend Edition and the Legend Edition Gold has also been confirmed. 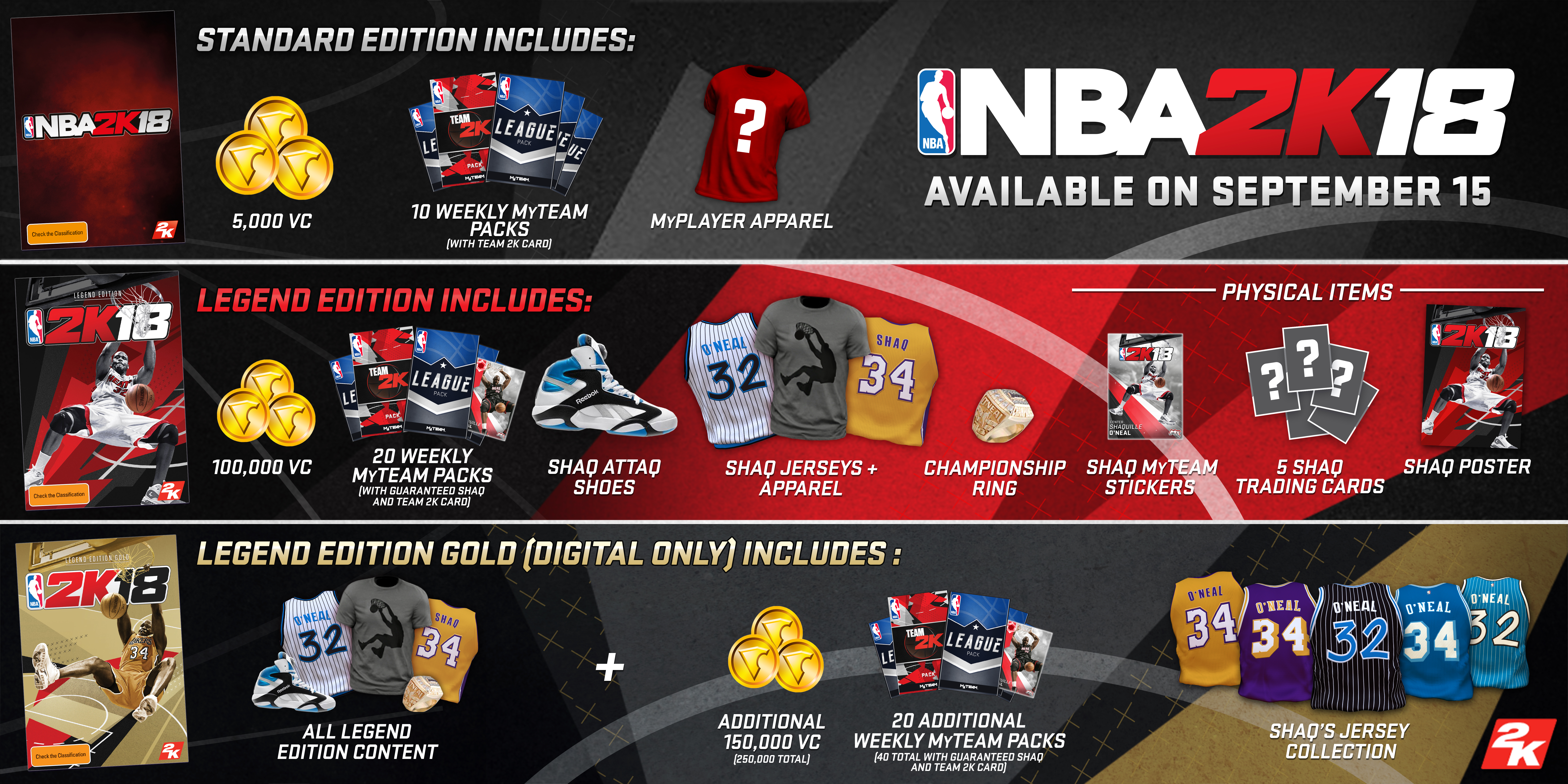 Gamers who pre-order the NBA 2K18 Legend Edition at participating retailers and on digital platforms will receive special Shaq memorabilia and in-game content. 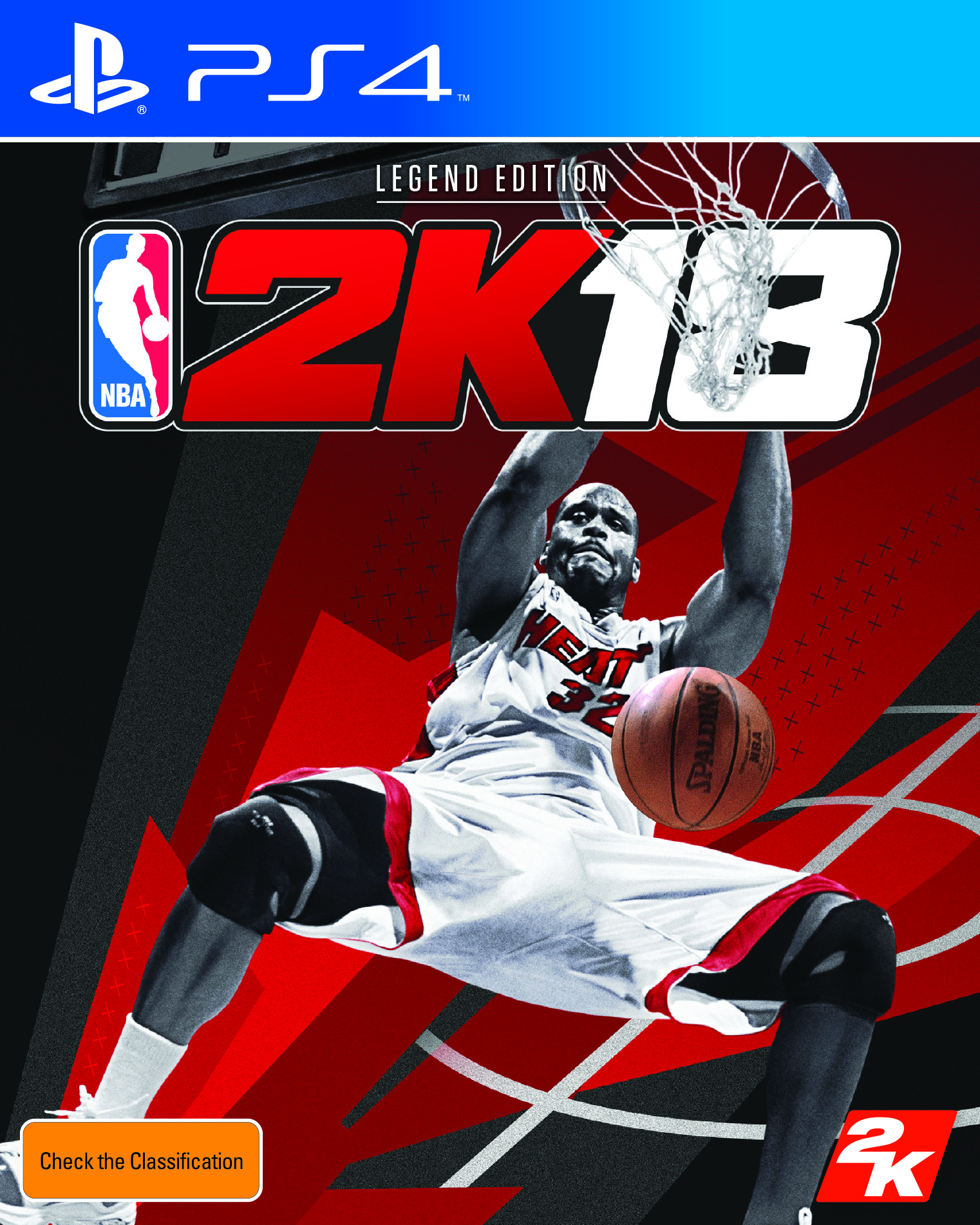 Gamers who pre-order the NBA 2K18 Legend Edition Gold exclusively on digital platforms will receive even more in-game content, including: 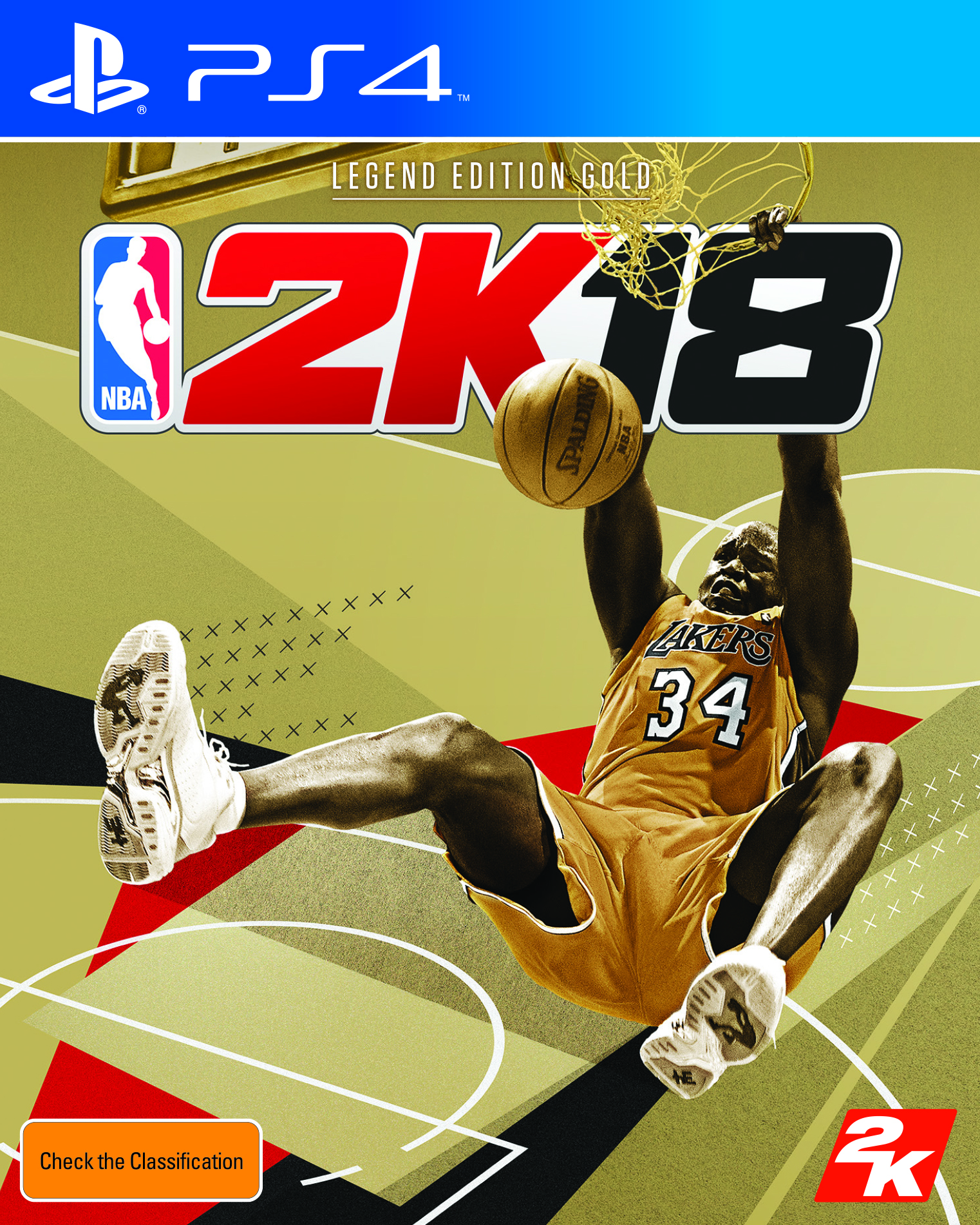 Isn’t clear at this stage what the ‘and more!’ will be, but given the Gold edition doesn’t include any physical items, there’s going to be some interesting perks to be unveiled in the weeks and months ahead.

This is the third time Shaq has appeared on the cover of an NBA 2K game.

The Legend Edition sold out prior to launch last year so make sure you pre-order ahead of September 15th to ensure you don’t miss out.

Details on who will feature as the cover athlete on the NBA 2K18 standard edition is still yet to be revealed. NBA 2K18 is due to launch on September 15th, 2017.

Pre-orders now open via the retailers below: