Coming off the success of their first soiree into the next-generation marketplace, NBA 2K14 set a high benchmark as arguably the greatest basketball simulator experience ever created. The distinction between the previous-gen and now current-gen consoles was pretty much night and day, leaving many fans to ask the obvious question of Visual Concepts – Where can the 2K franchise go from here?

Although the improvements aren’t as drastic or immediately distinguishable from tip-off, NBA 2K15 adds further refinement to a series that needed very little improvement to captivate its audience. 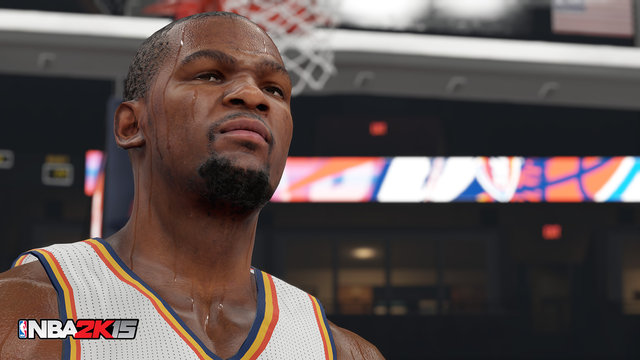 With the foundations already laid with ridiculous attention to detail and near flawless mechanics, the changes to NBA 2K15 for this iteration can be viewed as minimal, or minor upgrades at best. It’s highly unlikely you’re going to have your mind-blown a second time around this year, as it’s a case of ironing out issues and implementing new features than a complete rebuild like last year’s offering.

Visually NBA 2K15 looks and plays almost identically to its predecessor, which isn’t all that terrible given the quality and polish of NBA 2K14. It seems Visual Concepts have taken the “if it isn’t broke, don’t fix it” approach, retaining much of the flair, atmosphere and effortless gameplay.

Players are as close to life-like without standing right in their face, from their mannerism, expressions, tattoos, and even down to their facial hair. Most of the characters are captured in remarkable detail, with the only complaint coming from questionable behaviours and reactions which can sometimes be completely out of character compared with their real-world counterpart. 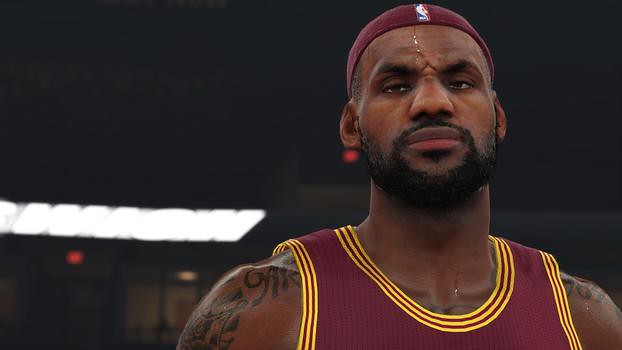 The most notable update is the inclusion of a shot meter directly underneath the sneakers of your chosen player. This simple extra makes shot tracking much easier to understand and not as baffling when you don’t sink a bucket. Before, it purely on your ‘feel’ of the release and timing, but having a visual representation of each shot takes away the mystery.

‘MyCareer’ mode has been enhanced and effectively meshed together with the previous ‘My Park’ of last year. Unlike NBA 2K14, your NBA hopeful doesn’t have the same fortune in the rookie draft and instead goes undrafted as you vie for a ten-day contract at a time. This provides a campaign feel, resulting in a cinema quality experience supported by better use of dialogue this time round. Visual Concepts also went as far as employing the voice talents of at least one NBA player from each of the current teams who supports you on your journey to super stardom. It all adds to the immersive quality and for me the standout mode in NBA 2K15. 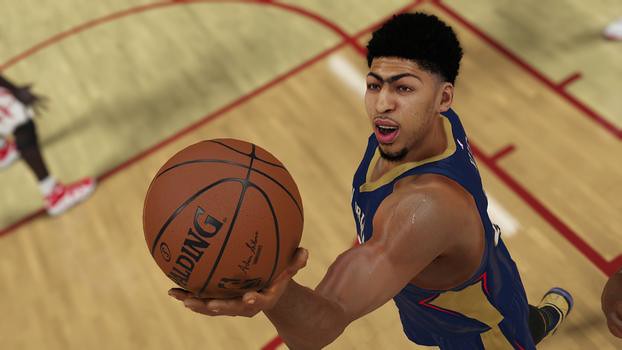 This year’s offering even allows you to inject your own face right into the game thanks to the all-new facial scanning technology. Instead of tweaking and customising your player in MyCareer mode, you can now scan your face in a matter of 30 seconds, mapping your likeness in a 3D model and transferring it straight into the game. Face scan has its fair share of issues, sometimes in hilariously grotesque results, but if you persist it will get a nice 3D model eventually. I appreciate what Visual Concepts were attempting here, but it definitely needs some work, given how frustrating the process has been for some.

‘My Park’ mode is excellent for a wind down with friends, going three-on-three in friendly matches. ‘My GM’ mode is perfect for control freaks who want to take a franchise by the horns and create their own vision for a perfect team. ‘My Team’ allow you to create your own teams with collectible digital cards, a throwback to an era where basketball cards were all the rage.

Initially, the servers haven’t been all that reliable, however it appears in recent days 2K have ironed out some of these glitches and service disruptions for what amounts to a smoother and trouble free experience online, at least for the most part. 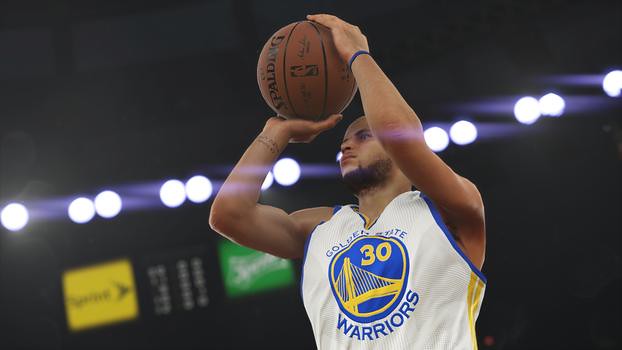 Commentary is provided by TNT’s Shaq and Ernie thanks to some clever pre-game analysis providing where a loading screen use to be. Shaq is intact with his usual off-beat humour, but the omission of Kenny Smith and Charles Barkley is instantly felt, with some jokes coming off a little cheesy at times.

The soundtrack features the handy work of Pharrell Williams, curating what tracks to feature in-game. There’s a good spread of current hits, as well as a blend of hip-hop and iconic tracks from The Red Hot Chilli Peppers and Afrika Bambaataa. Music is suitably fresh while familiar.

NBA 2K15 is no doubt a strong basketball simulator, and I’d even contend it’s the greatest sports simulator experience on the market to date. Although the changes in this iteration aren’t as revolutionary as the next-gen experience of last year, the overall package remains consistently high as we’ve come to expect from Visual Concepts. Plus, MVP Kevin Durant features as the coveted solo athlete and that’s got to count for something, right?