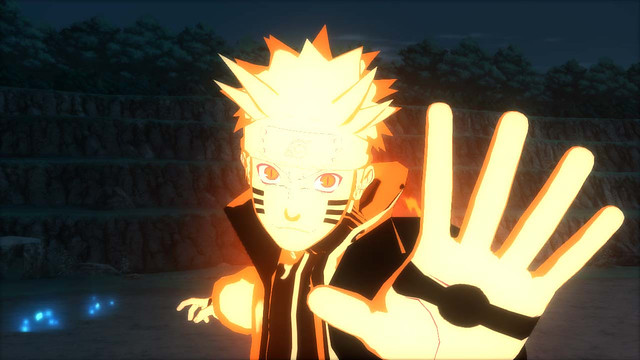 Based heavily on the Naruto Shippuden anime series, Ultimate Ninja Storm Revolution adaptation borrows faithfully from the anime and manga series, recreating much of the story canon with very little points of difference. There’s an additional 50 minutes worth of animated cut scenes for fans to enjoy, not to mention three side stories offering a rather clever look at the origins of the Akatsuki organisation, insight into Shisui Uchiha and Kushina Uzumaki in her younger days. There are potential spoilers in Revolution, so keep that in mind if you’re yet to watch the more recent events of the anime. Learning about the Akatsuki’s origin may be worth the price of admission for dedicated fans.

Boasting a roster off 118 playable characters with input from series creator Masashi Kishimoto, Revolution is hands down the most complete Naruto title I’ve played to date. Plenty of familiar faces return, as does a few series favourites, plus one all-new character in the form of Mecha-Naruto – a robot version of Naruto never seen before in the Naruto universe. Existing characters have been tweaked with more customisation options including new costumes, new techniques, and even new ways to tackle the gameplay mechanics. 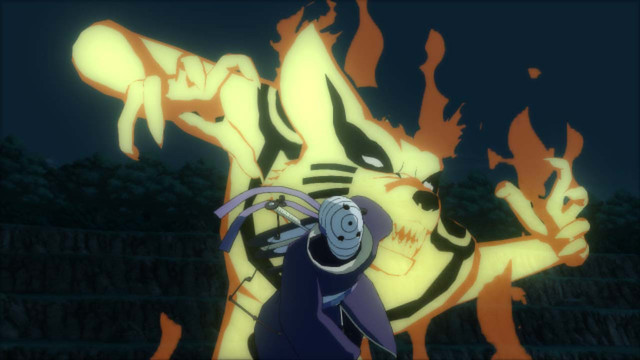 Mecha-Naruto is an odd inclusion to say the least, although he does come with his own story mode that plays out more like filler material that actual story plot to satisfy fans. The character is outlandish and feels left-field compared to what the legion of Naruto maniacs may be accustomed to seeing from the series.

Combat runs at a cracking pace and in my mind is easily the best aspect of the Ultimate Ninja Storm series. The single-player story mode still feels basic and simply a means to reaching cut scenes, which is fine for fans of the franchise but those unfamiliar with Naruto will struggle to comprehend the endless parade of characters and dialogue exchange. Cell-shaded graphics capture the feel of the anime and the character models look like they’ve been ripped right out of the manga, driving home that authentic experience.

My complaint regarding anti-aliasing and rendering problems from Ultimate Ninja Storm 3 appears to have been rectified, as I didn’t experience the same complications from a year ago. Even during team battles, gameplay didn’t feel sluggish, flowing effortlessly. 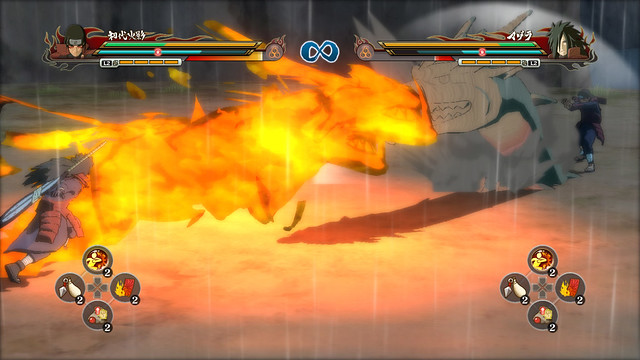 Despite the developers claiming to have revamped the gameplay and combat modes, on face value Revolution feels largely the same as the previous title. There are a few minor tweaks in order to balance the characters so no one particular ninja feels overpowered this time round. Ultimate Jutsu, Awakening and Drive mode adds a degree of customisation to your chosen ninja during battles. Ultimate Jutsu allows you to use special moves, Awakening mode grants a power boost while Drive mode lets you tap into your support characters more often.

New Guard Break and Counterattack mechanics helps to disrupt the flow whether you’re dishing out or on the receiving end of a brutal beat down. Guard Break does as its name implies, breaking an opponent’s guard, leaving them momentarily vulnerable. Counterattack throws the advantage back in your favour, briefly disabling the use of the support line-up.

Once again, all the characters have a staple move set – a standard jump, run, chakra charge and kunai hurling actions, and then there are layers of attacks, combos and special jutsu moves on top of that to add variety to the mix. I appreciate that CyberConnect2 remains faithful to the move repertoire, making it a treat to watch jutsu’s being executed in animated sequences resembling something pulled straight out of the anime. 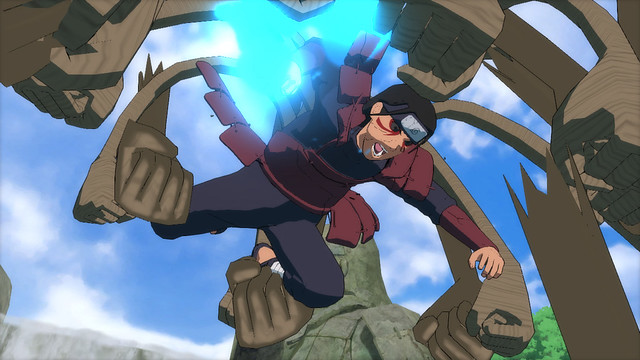 It is also worth pointing out that if you have a saved file from Ultimate Ninja Storm 3, you’ll also have access to the Shinobi Customize feature, whereby you can change the appearance of your ninja with accessories.

An all-new Ninja World Tournament provides a refreshing take on the single player experience, as up to four Ninjas duel it out against one another to see who can collect the most Battle orbs. Orbs are dropped by beating on your opponent throughout the battle and the winner is determined by the largest orb count at the end. It is disappointing that you can only control one Ninja in Ninja World Tournament, with the remaining three characters controlled by the AI. Having a co-operative play mode would have better suited this mode in my opinion.

Naruto Shippuden: Ultimate Ninja Storm Revolution takes the series up another level, albeit not a massive leap forward as fans may have hoped for. There’s little denying Revolution is a comprehensive title, however is better suited for fans of Naruto rather than newcomers who will struggle to grasp anything between the battle mechanics. Overall a faithful romp through the Naruto universe once more.