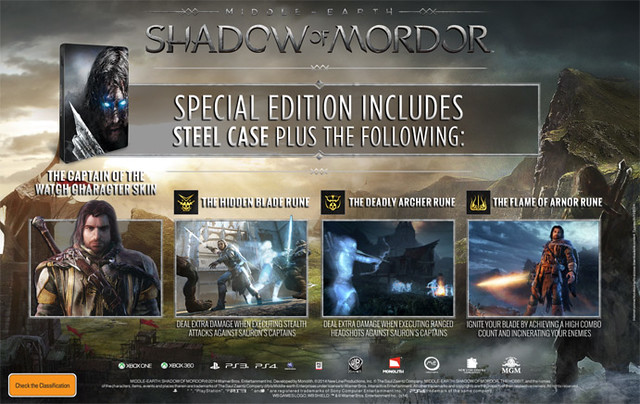 The Special Edition will be available for Xbox 360, PlayStation 3, Xbox One, PlayStation 4 and Windows PC. It’s slightly more expensive than the standard edition and isn’t a free upgrade in this case. You’ll have to ask yourself whether the steel case, character skin and additional runes are worth the extra $10 AUD in value. 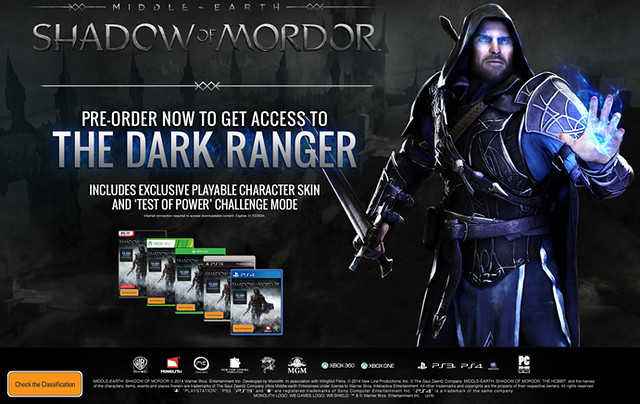 If you do pre-order Middle-Earth: Shadow of Mordor, you’ll also receive The Dark Ranger DLC pack which includes:

The Dark Ranger pack will also be available with the standard edition of Middle-Earth: Shadow of Mordor.

To place a pre-order for the Middle-Earth: Shadow of Mordor Special Edition, head to EB Games Australia via the link here.

The Evil Within Limited Edition Exclusive to EB Games Australia