Magic 2015 – Duels of the Planeswalkers Review

Magic: The Gathering returns for another year with the release of Magic 2015: Duels of the Planeswalkers. The previous iterations have built upon the past title, improving and adding new features to justify the annual release schedule, much like the trading card game with its constantly evolving meta game and diverse card line-up. 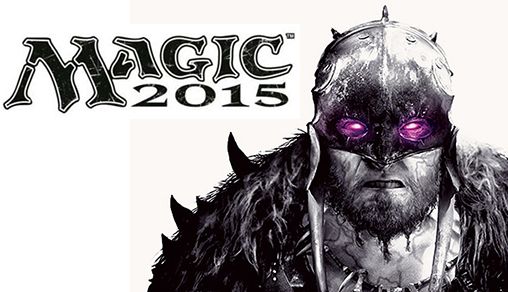 Unfortunately Magic 2015 is a backwards step, devoid of enhancements, substituted with micro-transactions and removal of standard features and previously available play modes. There’s little to be excited about this time round, a shame given the offerings of years gone by.

Magic 2015 essentially follows the same formula as its namesake, revolving around the much-loved, long running TCG. You play as a Planeswalker, a sorcerer with the ability to summon mythical creatures and beasts to do your bidding by ‘tapping’ mana from the various land types. Spells, land and creatures are represented by one of five coloured elements (sometimes a combination of elements), each adopting their own unique play style. The combination of potential deck building is endless and it’s up to you to create a desk worthy of overcoming your opponent. 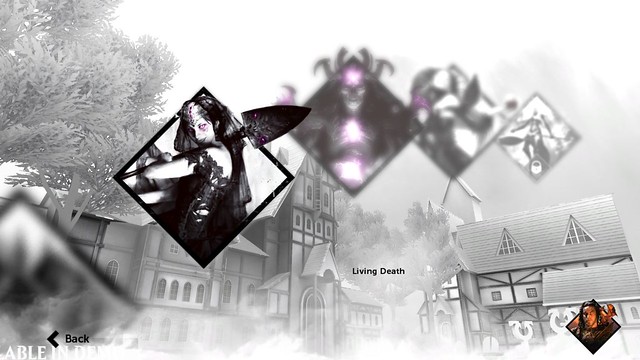 The creative freedom the Magic: The Gathering allows is part of its appeal, however TCG is big business and with each new year’s comes the introduction of new cards, effectively shaping the metagame and current state of play. The best cards always attract a premium price and Magic 2015 appears to have employed the same formula to the dismay of its fans.

Stainless Games produced magic (pun intended) with Magic 2014, answering the call of its player base with fully customisable deck building and the inclusion of new cards, art and battle modes to make it the best in the Duels of the Planeswalker series thus far. If the same formula were used with Magic 2015, I could say hands down it is the definitive Magic experience available outside of actually purchasing the cards themselves, but that isn’t the case this time around.

Content has been stripped back and questionable design decisions will leave fans wondering if what they purchased is the full experience, or a half-completed concoction. 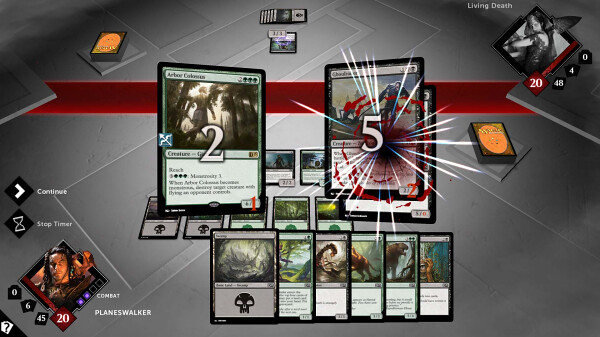 The core gameplay mechanics remains largely untouched for the most part, and the deck building mode finally makes its appearance in-game. This alone opens up a potential world of different builds however the initial card pool is limited at best.

Campaign mode is further restricted with preset decks to work with, leaving you with little options or choice until you surmount enough usable cards to construct something else a little more powerful, and this is going to take some time to do.

Completing missions unlocks a handful of cards each time rather than a booster pack, and the selection of cards are further restricted to the plane you’re currently traversing in. Explore mode opens out random battles if you need to acquire more cards, but is grind heavy and not for everyone. 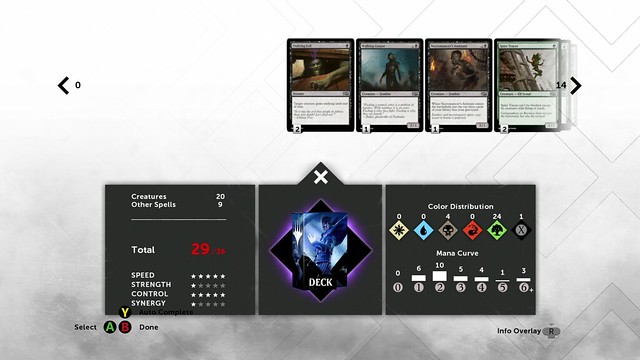 This is where the lines blur between a complete gaming experience and one laden with micro-transactions. Although you can amass a library of cards by slogging it out, the cards rewarded are subpar in some situations. If you want the easier route, you’ll have to spend some real world cash to unlock cards quicker, not to mention particular powerful cards are only available by spending even more money on your copy of Magic 2015.

One the few shining positives is the decently fleshed-out tutorial system that does a solid job on introducing the inner workings of Magic to any newbie player who’s never tapped a land in their life, but the praise pretty much starts and ends there.

Although the art work is gorgeous and pleasing to the eye, the user interface overshadows the experience with frustratingly slow loading times and unintuitive navigation. This can be attributed to Magic 2015 seemingly being designed for mobile and tablet devices over console, leaving home consoles gamers having to make do with what’s available. 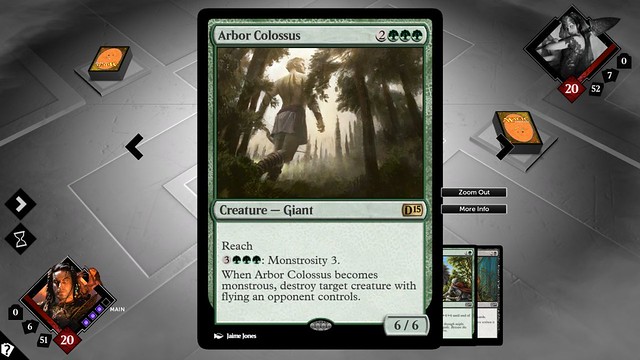 Previous game modes have magically disappeared as well, such as sealed decks, Puzzle mode and Planechase among many others. There doesn’t appear to be any justification for these removals, as it seems not much was added in its place. I can only assume the exclusion is an attempt by Wizards of the Coast to protect their physical card game property. If everything were available in a simulated gaming experience, why would you buy the cards in the first place?

Stainless Games have journeyed backwards with Magic 2015 – Duels of the Planeswalkers. You’re much better off spending your cash on the actual cards, or sampling Magic 2014 which was generally a better overall experience. Perhaps the complaints of this iteration will be rectified in the next instalment for Magic 2016, at least one can only hope.