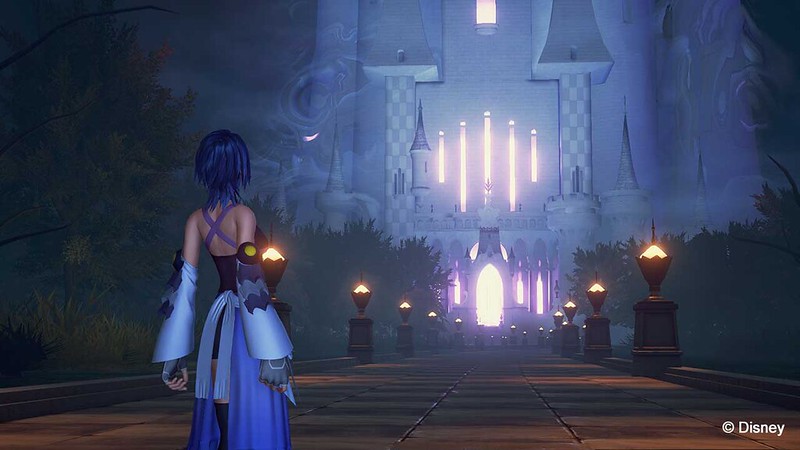 I had a chance to experience a demo of Kingdom Hearts 0.2: Birth by Sleep–A Fragmentary Passage, and it was surprisingly quite fun. KH0.2 tells a new tale from the perspective of Aqua, taking place after the events of the PSP title Kingdom Hearts: Birth By Sleep.

Set in a warped dream world which appears to take place in the same realm as Birth By Sleep, little is given away about what the story is all about. Beginning with a clock tower collapsing and putting a halt to the flow of time, it’s up to Aqua to destroy five gears scattered around the multi-level world in order to reverse, or restore time. At least that appears to be the gist of it in simple terms.

Hunting down the lost gears proved to be challenging for me, as I bounced between different planes trying to retrace my steps in search of that elusive last gear. I probably spent far more time than the average person, but once I managed to locate it and set the wheel of time back into motion, it was well worth all that stumbling around. 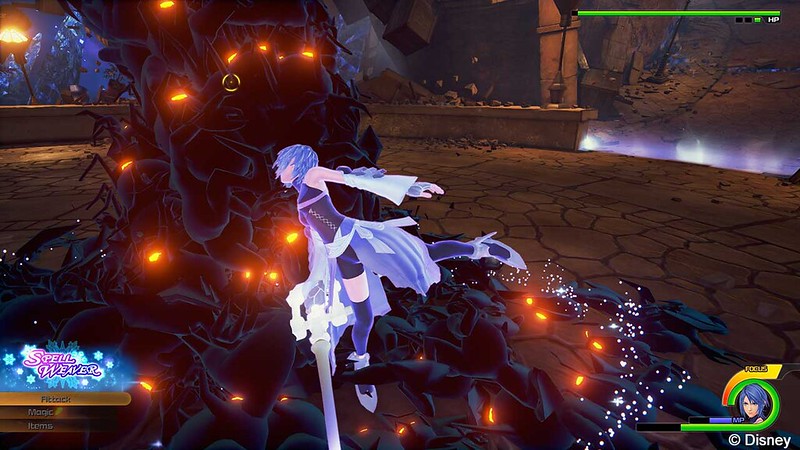 Anyone that has played enough Kingdom Hearts titles will most likely struggle to explain the chronological order of what’s actually happening in the KH universe, and I’m not going to attempt to explain it either. That being said, KH0.2 is a pretty title set in a world unrestricted by the constraints of gravity or singular plains. There’s plenty of levels to explore, varying in appearance.

What does stand out immediately about KH0.2 is how fluid and free-flowing combat is, and surprisingly very enjoyable to play. It paints a nice experience of what fans can expect from Kingdom Hearts III, with quick combo attacks executed in rapid succession with a few button taps. The demo plays very much like a tutorial, first introducing basic attacks, then combos, before moving into more complex mechanics including dashes, mid-air jumps and magic casting.

When all these elements are connected together, battles transform into a frenzied flurry of slashes, Firaga/Thundaga/Blizzaga/Curaga casting, and constant dodging of attacks. A ‘Focus Meter’ when charged allows Aqua to switch to different ‘styles’, such as ‘Spell Weaver’. Think of it like Limit Breaks or Jobs, where Aqua has access to enhanced attacks or abilities for a short duration of time. Unfortunately the demo only provided access to one style, but the potential for different mechanics is deliciously enticing.

Lurking in this barren world are plenty of Heartless which generally attack Aqua in groups or waves. Although enemies can feel overwhelming, the only time I ever felt truly in danger of death was during the final boss encounter. Composed of a swirling mass of smaller Heartless, this mammoth boss took a bit of careful manoeuvring and strategy to overcome. When I pushed too hard with Aqua spamming abilities left and right, she quickly fell victim to a sort of stasis state, locking her into position for a short duration before I could gain control of her again.

If KH0.2 is a prelude for things to come, fans won’t be disappointed with its inclusion to Kingdom Hearts HD 2.8 Final Chapter Prologue. The demo only being a short half hour long experience, and I’m not entirely sure how long KH0.2 will span, but word is that it will tie up a few loose ends in the story. The game is scheduled for release later this year, barring any unforeseen delays.

Pokémon Go Plus Out September 16th in Australia and New Zealand