XSEED Games have revealed the Killer is Dead Launch Edition for North America today, and this limited edition package isn’t half bad.

I’ve been writing about special editions for a long time and the general outcry by our North American cousins is Europe tends to get the better limited edition run packages but I’d say this is a far match-up to the Fan Edition. 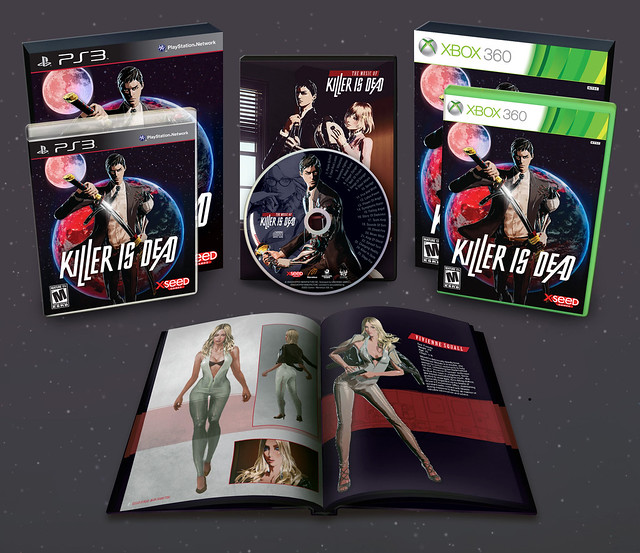 All initial launch copies of the game (which includes pre-orders, obviously) will come packaged with:

“We are looking forward to the upcoming release of Killer is Dead with a special art book, soundtrack CD and bonus DLC,” said Shinichi Suzuki, President of XSEED Games / Marvelous USA, “Fans have been very supportive, which we’re extremely grateful for, so everyone who has pre-ordered the game or buys it at launch will get a deluxe version for no extra charge.”

Pretty generous bonuses for free, something rarely seen in this day and age. Of course it does lack a poster that is found in the Fan Edition, but with a price tag of $59.99 USD and all the extra goodies, it’s hardly worth complaining about.

Killer is Dead will be available on Xbox 360 and PlayStation 3 from August 27th, 2013 in North America.