Troll & I, the latest title by Spiral House is due for release on March 21st for PlayStation 4, Xbox One and PC.

Before the game drops later this month, we had an opportunity to speak with Kevin Oxland, the Creative Director behind the game. Read the full interview below. 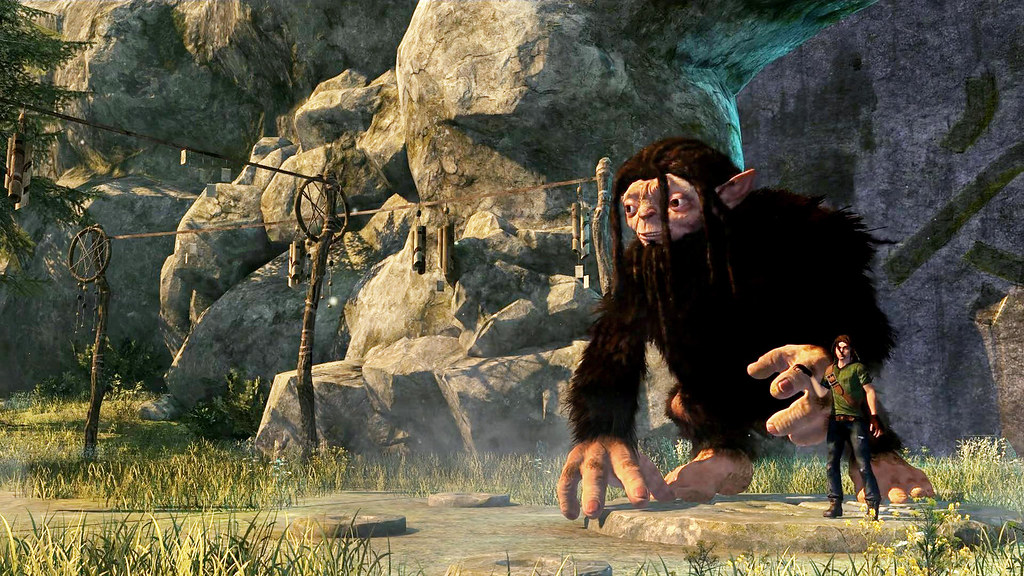 Esperino: Could you please tell us a little about yourself and your role working on Troll & I?

Kevin Oxland: Hi, my name is Kevin Oxland and I’m the Creative Director on ‘Troll and I’. I oversaw the art and design for the game and I also wrote the script for the game.

Esperino: Troll & I feature two main protagonists: Troll, a giant troll and a young boy named Otto. Where did the concept for the game originate from?

Kevin Oxland: The idea for the game just came to me one day. I write children’s stories and I had this idea buzzing around inside my head for a while and though it would make a great game. The idea of two characters that have very different characteristics both in story and in game mechanics fascinated me and we had to try it.

Esperino: The game is set in a 1950’s Scandinavian countryside. What made the team choose a post-World War II time period for Troll & I, and how does the choice of location impact the game?

Kevin Oxland: When discussing the idea, we didn’t want modern technology to get in the way, like mobile phones and the military with sophisticated equipment etc. or anything like that. So setting it in the 50s avoided all of those things to some degree. We also liked the idea of the world come down off a second world war and hard times would show. The main antagonist is a wealthy business man and he takes advantage of the world’s austerity to make his money.

Esperino: The art style for the character Troll is certainly unique. Where did the inspiration for his design come from?

Kevin Oxland: When we were conceptualising him we looked at the traditional Troll forms, but wanted to put our own spin on him. He has many character traits of a traditional Troll. We wanted ours to have a soft, friendly side, but could turn into a monster if the need should arise. His personality had to work visually too i.e. could look almost cute, and potentially aggressive, and we experimented with combining various animals. It took a lot of Iteration until we finally came up with what you see now. It was a long process. 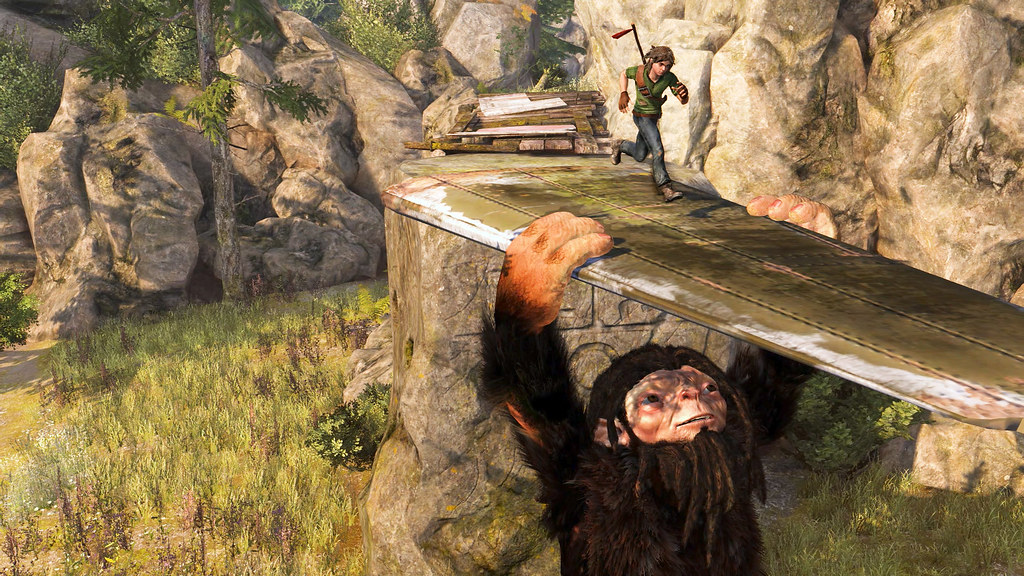 Esperino: Is it just me, or does Troll and Otto sort of look similar in appearance to each other?

Kevin Oxland: No, it’s not you 
That was intentional in some respects. Even though the characters are miles apart in terms of their physicality, they both come from a similar environment i.e. living in the mountains of Scandinavia where they both must survive by living off the land. We wanted parallels in the characters, both visually, characteristically, in the story and their journey, because we felt it helped from the bond between them. You will see this in many aspects of the game as you play it.

Esperino: Split screen co-op is a feature that not many games have nowadays. Was split screen always planned during development or did the gameplay mechanic evolve to include split screen?

Kevin Oxland: Split screen co-op was planned from the start, as soon as we had formed the idea. Not many games incorporate this feature today, but this was a perfect opportunity to bring it back to the real world instead of playing online. It seems to have been well received too, so this is something we’ll be looking at in all future games from Spiral House.

Esperino: What feature/s do you think fans will enjoy the most about Troll & I?

Kevin Oxland: The ability to swap between two very different characters at the press of a button is very cool and feels very intuitive. But one feature that feels satisfying is the ability to squash monster enemies using the Troll’s punch or Stomp. Although later in the game, the enemies get smart and start dodging Troll’s swipes and blows, so the player must adopt a new strategy. Otto’s ability to vary his gameplay is quite rewarding also. You can fight your way through enemies using melee and range weapons, or you can sneak around and take them out using stealth, so the player can use whatever feature and strategy that suits his play style.

Esperino: Troll & I will also be available for the Nintendo Switch. When will the Switch version be available and will there be any new features specific to the Switch release?

Kevin Oxland: The official release date for Troll and I on Nintendo Switch has not yet been announced, but it won’t be long! The features of the game will remain consistent, but the co-op will be all the more fun since you will be able to play with a friend on the go! 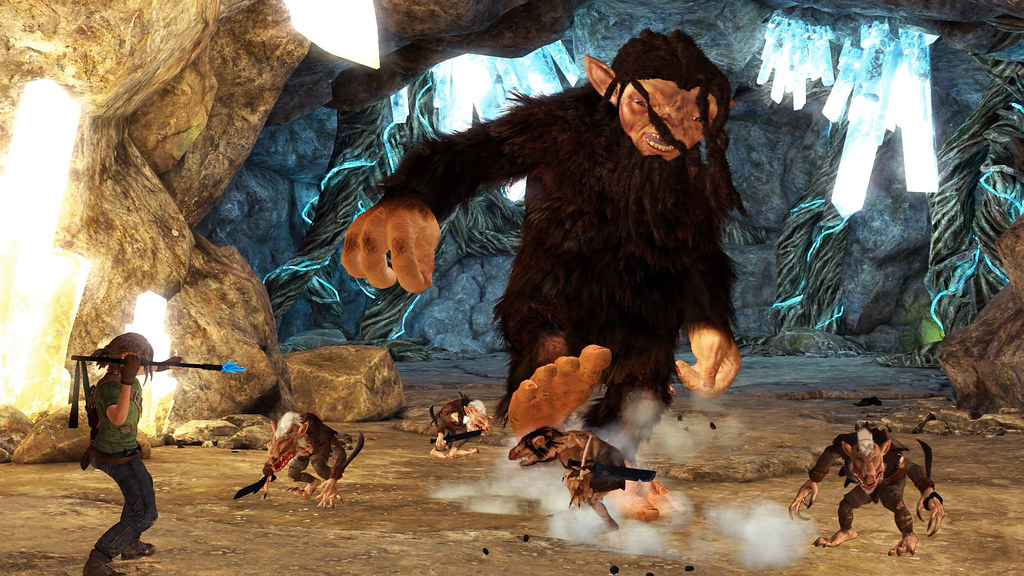 Esperino: Troll & I has been in development for some time, and throughout the development process it has amassed many fans. Do you have anything you’d like to say to your loyal supporters?

Kevin Oxland: Really just thank you for being there. We are a small team, but we always try to push ourselves above and beyond, so I hope they can see this in Troll and I. We are always open for feedback too, so please let us know what you think once you’ve played it.

Thanks to Kevin Oxland from Spiral House for graciously taking the time to answer our questions. If you’d like to see more of Troll & I, check out the story trailer below:

Special thanks to QV Software, Spiral House and Maximum Games for making this interview possible!