Samurai Warriors 4: Empires is the newest title in the Empires series, hitting store shelves on March 11th across Australia and New Zealand.

Luckily for us and our readers, we had an opportunity to speak with Osamu Mieda, Producer on Samurai Warriors 4: Empires, discussing some of the new features on the game. Read the full interview below. 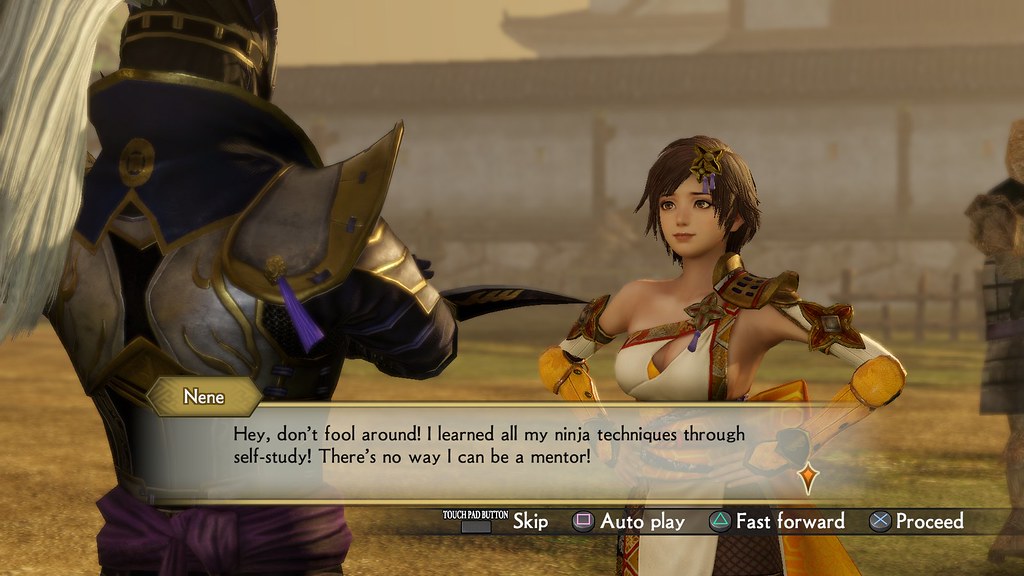 Esperino: Could you please tell us a little about yourself and your role working on Samurai Warriors 4: Empires?

Osamu Mieda: Samurai Warriors 2 Empires had a favourable reception for its well-designed strategic aspect. In Samurai Warriors 3 Empires, we introduced miniscape political as a new element, which incorporated a casual appearance and fun gameplay. Samurai Warriors 4 Empires incorporated those features to create the “SW4 based conquest game” and we strongly believe that SW4E came out as its most enjoyable form. 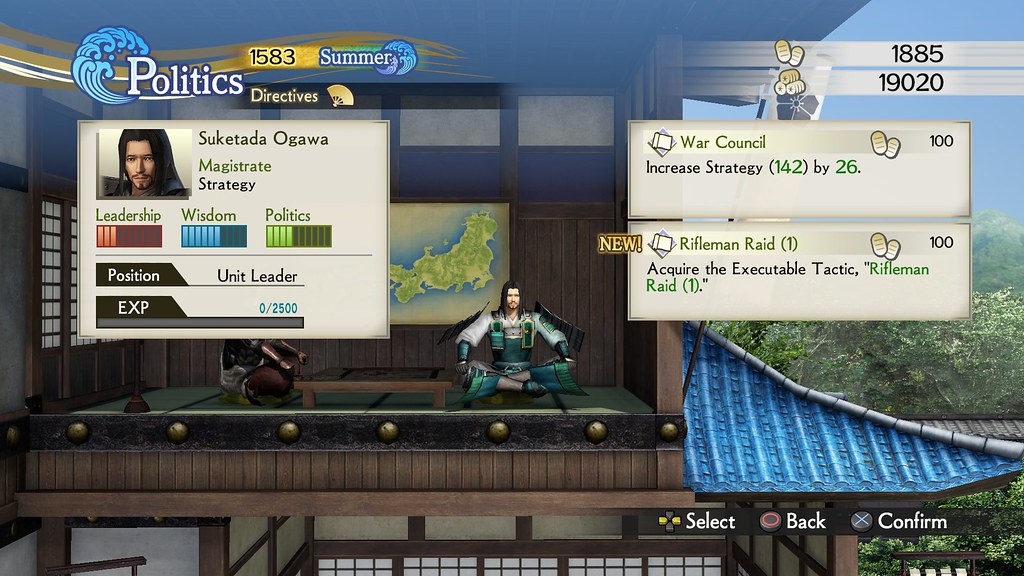 Esperino: The franchise has a strong following of fans who like to express what they like and dislike about games in the Empires series. What has the development team done to address criticism and feedback in Samurai Warriors 4: Empires?

Osamu Mieda: The feedback and opinions from the fans who played Samurai Warriors 2 Empires and Samurai Warriors 3 Empires proved invaluable to us. The team took them into consideration and was very conscious about incorporating them in during development. That resulted in keeping the strategy touch and miniscape political simulation from previous titles, like I pointed out earlier.

Esperino: What qualities and features from the first Empires game will be reappearing in Samurai Warriors 4: Empires?

Osamu Mieda: We have been recently released numerous Musou titles, but the company’s foundation lies in our strategy series such as Nobunaga’s Ambition and Romance of Three Kingdoms. Every game has unique features in its own contents, but SWE has always been ‘the blend of Samurai Warriors and Strategy.’ 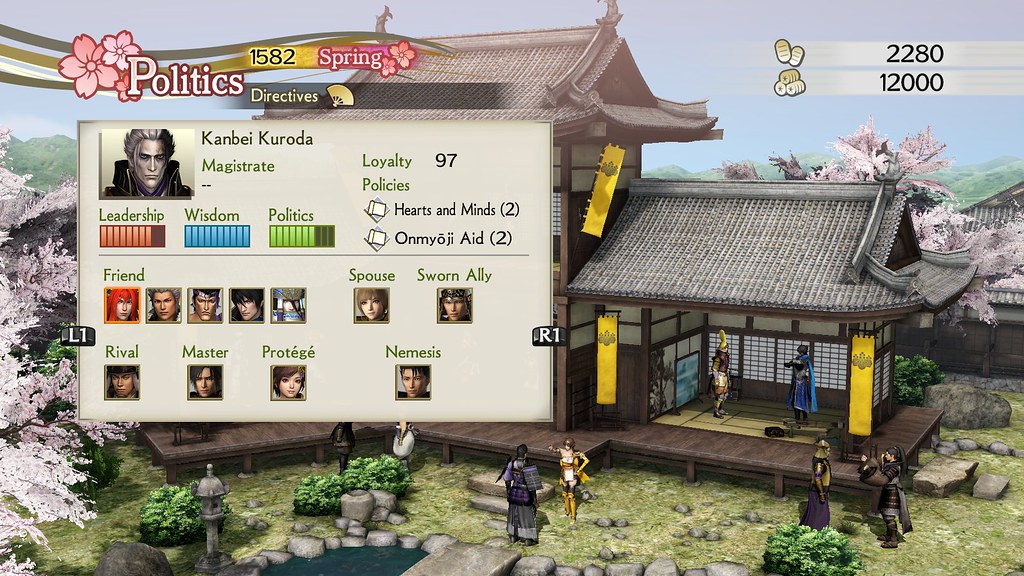 Esperino: What kind of character events can players look forward to in Samurai Warriors 4: Empires compared with previous Empire titles?

Osamu Mieda: Dramas will unfold through interactions between characters which can be easily affected by your gameplay. You will be able to find a lot of events based on historical facts/anecdotes, at the same time; you can re-create those historical events with other officers or your own custom characters. I’d like to point out that all event dialogs were recorded with all Musou warriors’ voices. With such customisability, I would like to encourage players to create their own history.

Esperino: I’ve read that developers from the Nobunaga’s Ambition series also worked on the simulation component of Samurai Warriors 4: Empires. How much has their input shaped the strategic aspect of the game?

Osamu Mieda: The director of this title, used to work on Nobunaga’s Ambition series, played a significant role in realizing the concept of “integrating Musou Action with Simulation”. Our lead designer, as well as well as a number of staff who were also experienced with simulation series. With fans’ feedback, they made enormous contribution in shaping the game mechanics.

Esperino: The “Residential Administration” is a new feature added in the game. Could you tell us a little about this, and how this will impact player’s decision making?

Osamu Mieda: First of all, the new main feature of Samurai Warriors 4 Empires is ‘Intuitive Politics System.’ Through many trials and errors, we were successful in implementing sophisticated simulation elements while achieving an intuitive play.

The castle contains a cluster of rooms, each function as an administrative office for development, military, and more. Players can use the Castle interface to place valued allied officers as Magistrates in each room and to assign various tasks to them. The basic flow of this system is for players to decide whether or not adopt proposals submitted by Magistrates.

Officers have strong and weak points. There are certain proposals that can only be made by specific officers. This is a good place to show players’ ability for making decisions which officers to use, what proposals to adopt, for such decisions may change the rest of your gameplay.

As the number of territories under players control increases through success in battle, home castle can grow to a multi-tiered stronghold. This allows more Magistrates to be appointed and a wider range of policies to be proposed. Through some turning points, the castle is developed into a development type, a military type, and more. Players’ decision on selecting a type of home castle may change the gameplay of this title. 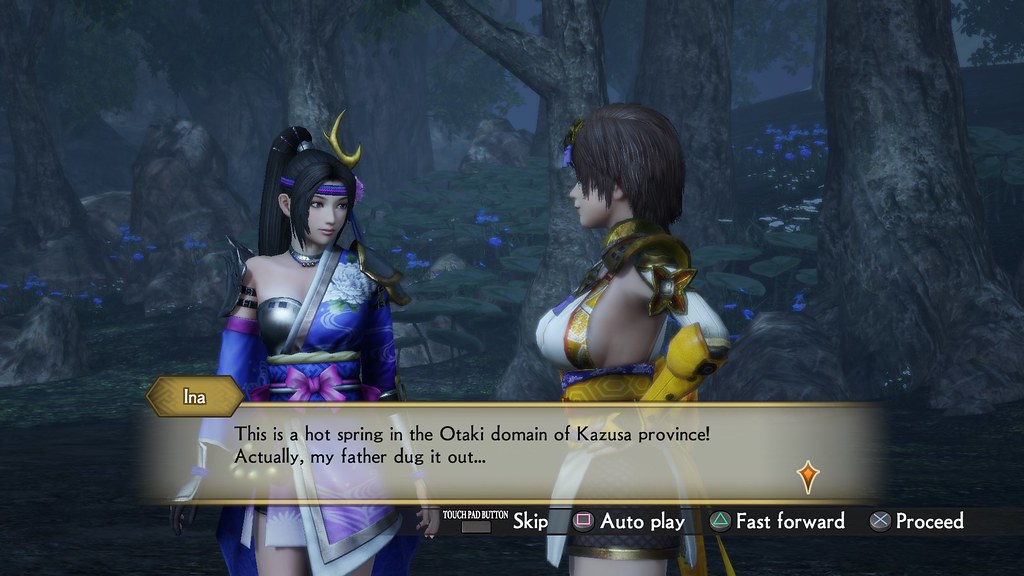 Esperino: I understand Marriage Events will be making a return in Samurai Warriors 4: Empires, but will be more historically accurate. How are marriages handled differently this time round?

Osamu Mieda: The Marriage Event is part of ‘human drama’ in this title. Depends on the play style, players can walk their own paths, including the marriage event. Going to battles together and deepening relationships in castle with an officer from an opposite sex may trigger the marriage events. It is possible to create different couple regardless of history.

Esperino: Could you tell us a little about the Empire Mode, in particular the scenario system.

Osamu Mieda: Conquest Mode allows players to select one from among pre-set scenario (starting period) and choose their favourite faction to begin. With different starting period, balance of power will also be different in accordance to history; which faction to play will also affect your play as power factions will have decisive advantages over weaker ones. As you progress in conquest mode, more scenarios will be unlocked.

Genesis mode, on the other hand, allows players to be creative in their own history through placing lords and their retainers as well as other setting. We strongly recommend you to give it a try.

Thanks to the Osamu Mieda from Omega Force for graciously giving up his time to answer our questions. If you’d like to see the game in action, check out a recent gameplay trailer below:

PlayStation Plus Games For March 2016