Arslan: The Warriors of Legend is the latest title from developer Omega Force, giving the much loved novels the Musou treatment.

We were fortunate enough to chat with Omega Force on their latest project, ranging from the development process, what fans can expect from the game, and a few interesting points as well. Full interview after the jump. 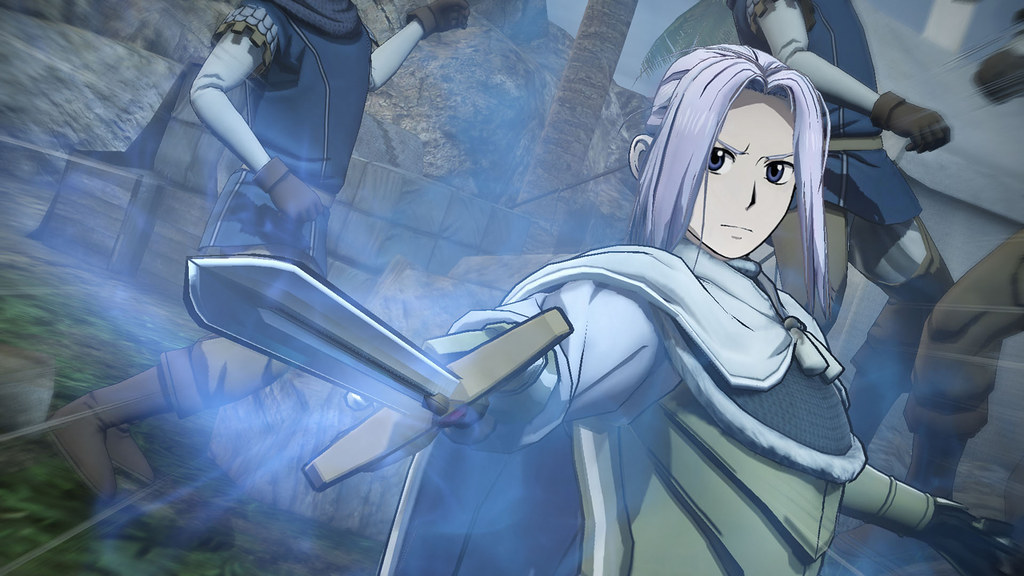 Esperino: Australian gamers may be aware of the Dynasty Warriors (Musou) series, but might not be so familiar with The Heroic Legend of Arslan novels. Could you tell us a little about Yoshiki Tanaka’s Arslan?

Omega Force: The Heroic Legend of Arslan follows the story of the title hero, a Prince in the kingdom of Pars. His father king Andragoras, who is renowned for never being defeated in the battlefield, loses a key battle and is taken captive by the enemy army of Luisitania. The Luisitanias, led by a mysterious figure in a silver mask who fosters a fiery hatred for Andragoras and Arslan. With his kingdom conquered and his father imprisoned Arslan is left only with the protection of his faithful captain, Daryun. together they start a journey to gather key allies and form a group of warriors that will help Arslan reclaim his throne. It is a really interesting a very immersive story that tackles with deeper issues of humanity, religion, slavery, and betrayal. I would recommend reading the novels, or even better, play the game as an introduction to this wonderful saga.

Esperino: What kind of challenges did the development team face adapting Arslan character and themes together with Musou gameplay elements?

Omega Force: Surprisingly, not as many as you would think! The story of Arslan is that of a Prince whose kingdom is conquered by a large force. He is called to gather a band of allies, rebuilt his army and fight through overwhelming numbers of enemies in order to free his people. This dynamic of a small force against a larger one has always been at the heart of Warriors games. So it was easy to adapt it to a new story and I think the resulting is a great example of how well these two elements have blended. 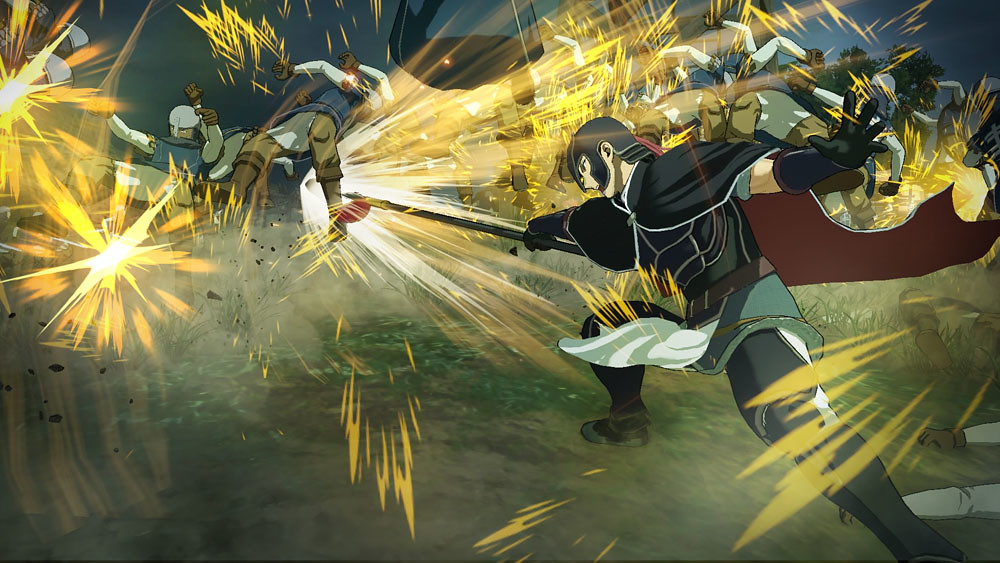 Esperino: One of the things I noticed straight away is how closely the character visuals follow Hiromu Arakawa’s designs. How much collaboration was involved in capturing each character’s likeness?

Omega Force: We did try to follow her style as closely as possible as we wanted the game to be an interactive version of the anime. In fact, in order to achieve that we created a brand new engine that would reflect the quality of an anime more accurately, paid extra attention to the shadow and image contours and optimised a special toon shader. It was a lot of work but the results are very rewarding. On top of that, Kodansha greatly supported this project from their end.

Esperino: What new feature in Arslan: The Warriors of Legend do you think fans will be most surprised by?

Omega Force: There are quite a few tricks that fans will love in this game. Apart from the Mardan Rush and Elam’s Cooking (two features that seem to be much loved by fans) we also introduced a tactical element in Arslan in the form of skill cards that you can equip on your controlled character for an extra boost. 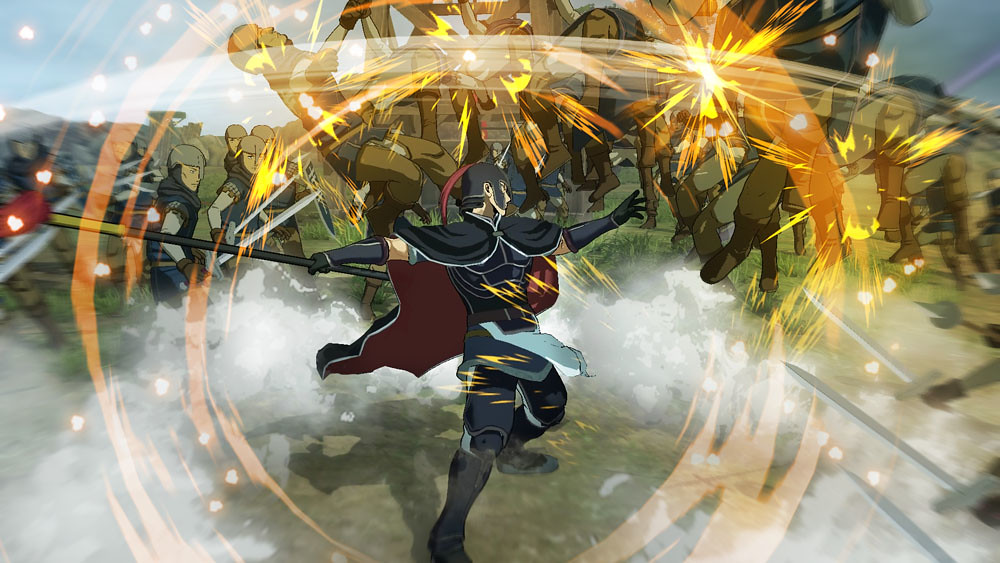 Esperino: The Elam Cooking feature is something a bit different to previous Musou games. Can you tell us a little about it?

Omega Force: Absolutely! We introduced Elam’s Cooking as a feature in the free mode of the game. So if you play a free mode scenario there are various recipes ‘hidden’ on the level. If you find them, they unlock the possibility for Elam to prepare a meal for your troops before a battle. Depending on the meal, your army can gain a different bonus, i.e. in strength, stamina, morale etc. it’s a nice feature and we think it would lead more people to explore the free mode missions.

Esperino: Can you tell us a little about the new Mardan Rush attack phase?

Omega Force: The Mardan Rush is an overpowering battlefield move. It is inspired by the cavalry charge so prominent in large scale battles in the anime and manga. However we took it a step further. There are three types of Mardan Rush in Arslan: The warriors of Legend: mounted, melee, and ranged. So depending on the key skills of the character you control and the location you find yourself in the Mardan Rush is different and has a different effect. This move can also be used to break through obstacles, take out an approaching enemy unit, or temporarily rally your troops for a decisive attack.

Esperino: Arslan: The Warriors of Legend has been available in Japan since mid/late last year. How have players responded to the game so far?

Omega Force: So far response has been good. It seems that fans of the anime who play the game see the similarities and are able to relive the story of the anime. At the same time, musou fans are also satisfied as they have a brand new 1vs1000 game to sink their teeth into. Many players say that the storyline is very immersive, even they weren’t familiar with the story of Arslan. 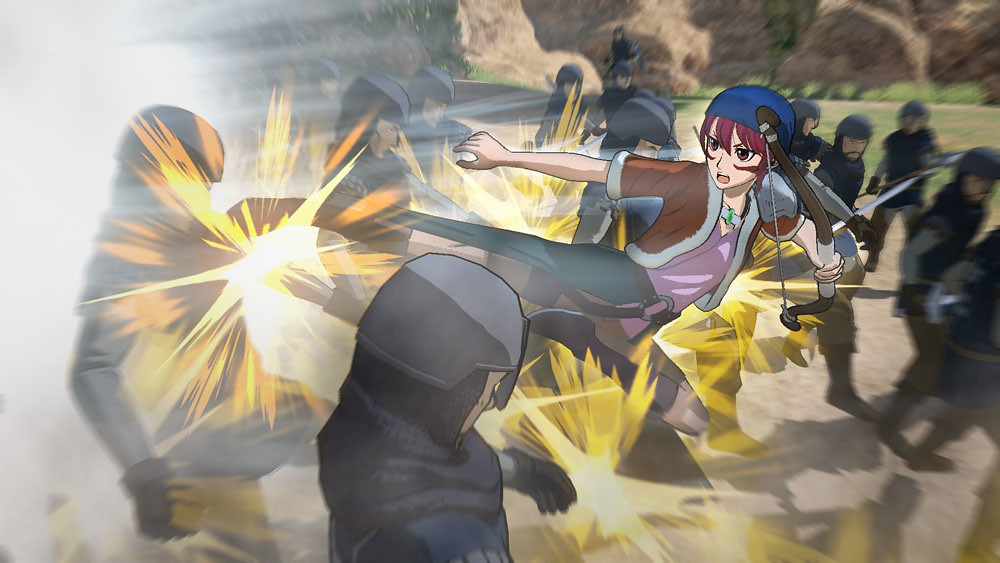 Esperino: Has there been any changes made to Arslan: The Warriors of Legend to cater to the western market?

Omega Force: No. the game has been localised but there is no difference in the content at all.

Esperino: I know its still very early days, but can we expect a sequel in the near future?

Omega Force: This would greatly depend on the success of the current release but we would love the chance to carry Arslan’s tale further.

Thanks to the team at Omega Force for taking the time to answer our questions. If you’re like to learn more about Arslan: The Warriors of Legend, you can check out the launch trailer below.

More details about Arslan: The Warriors of Legend is also available at the Koei Tecmo Europe website here.