inFAMOUS is back, well sort of. inFAMOUS: First Light is the latest release in the inFAMOUS franchise, a stand-alone prequel to the hugely successful inFAMOUS: Second Son of earlier this year. It’s a compact package that will entertain, although not to the full extent of Delsin’s larger, grander adventure. 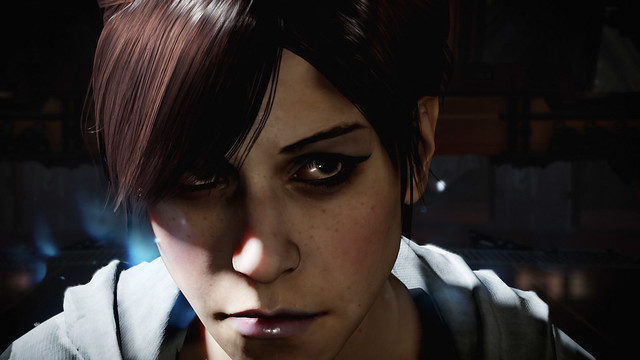 First Light plonks you in the shoes of Abigail “Fetch” Walker, a conduit with the ability to manipulate neon to her bidding. Making her debut appearance in Second Son, First Light traces Fetch’s backstory providing sort of an origin take on her unusual superpower.

Being pursued by anti-Conduit DUP troops, Brent and Fetch prepare to depart the shores of Seattle for good. Of course, there’s one last job (there always is) before they can begin a new life and things don’t go quite to plan, leading to her brother Brent being kidnapped and Fetch on a mission to find him. Simple enough plot.

Fetch can tap into her neon power set to run at high speed, hurl brightly charged neon bolts, and even draw graffiti around town in her own uniquely different way. Unlike Delsin and his trio of powers, Fetch only has access to one power type which can feel like a step backwards. 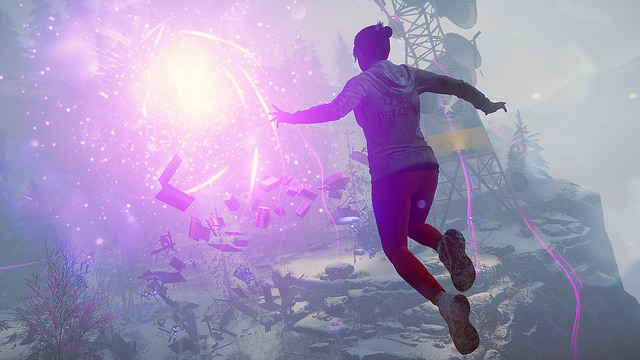 Upgrades for her neon abilities become available by completing games of tag with swirly energy wisps, collecting red neon charges hovering high above the city skyline, or tagging the town with neon artwork. You’ll have to get familiar with Fetch’s abilities to reach some of these harder to get to locations.

To find Brent’s whereabouts, Fetch takes on a series of mission-based jobs for Shane, Brent’s old boss where you’ll be on bodyguard duty discharging deliciously colourful charges into the city’s unsavoury residents. The missions aren’t all that mind-blowing but serviceable as a means of driving the plot forward.

Fetch is instantly likeable with a personality that many will warm to straight away. Drawing comparison with Delsin, she’s fair more tame in her attitude towards her newfound abilities and perhaps that air of responsibility and driven motivation to do something meaningful with her talent is the reason. 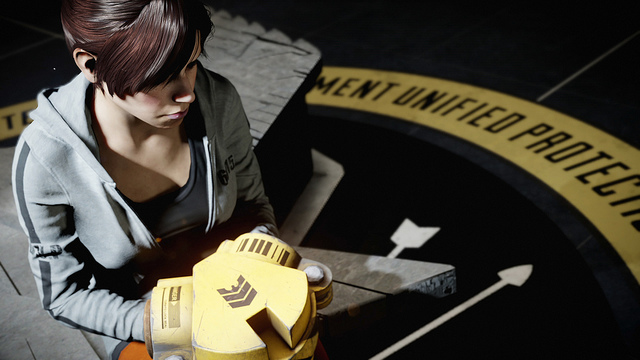 The narrative bounces between the past and present day as Fetch recounts her past to DUP Chief Brooke Augustine. Held as a prisoner, Fetch is put through her paces in a series of trials to test out her abilities. With the story taking place in the past, the relation between these mini-test arenas and actual plotline can make the pacing feel disjoined. Battling holograms in a confined space felt unnecessary and almost unwarranted for what is expansion content.

Much like Second Son, First Light looks gorgeous visually with a large open playground for Fetch to roam around. The glow of neon signs illuminating the city, ad does the neon energy emanating from Fetch’s palms which reminds me of why I enjoyed Second Son so much.

Unfortunately the city can feel empty and under-utilized. Running around town performing the same old tasks feels like more of a chore at times, particularly as I could complete so many of them without upgrading once. Fetch is only privy to the south of Seattle as well, with the entire north section cut off altogether. 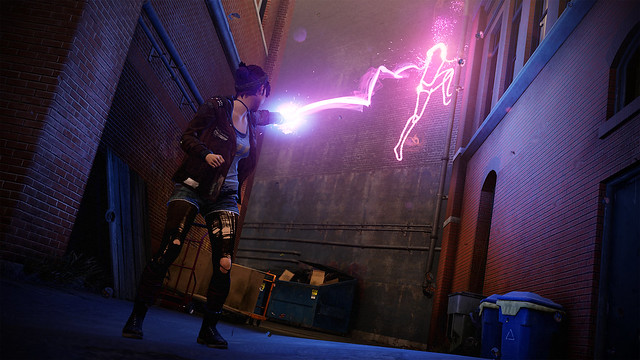 Combat is easily one of the best parts of First Light, and downright fantastic fun. Sure, Fetch is limited to one power set but there are loads of things to do from slowing down time to fire off a precision neon bolt at enemies’ weak points, to going all out with a super move to shred mobs in style. Movement around Seattle is fluid and zippy, clinging to walls and pounding pavement with ease.

Sucker Punch obviously intended First Light to be a pseudo-expansion and nothing beyond that and at only 4 hours long provides a darn good piece of story-telling for a low $24.95 RRP asking price. Hopefully Sucker Punch will provide Fetch with more play time in future releases and beyond.