Aloy's back for a journey through the snow.

Horizon: Zero Dawn was one of the best games to release in 2017, fusing together futuristic mechanoids and primitive undertones in a post-apocalyptic world finely crafted by Guerrilla Games. But once the final bow has been drawn and fired, Horizon quickly vacated it’s dominate spot in my PlayStation 4 with very little left to explore or unlock. 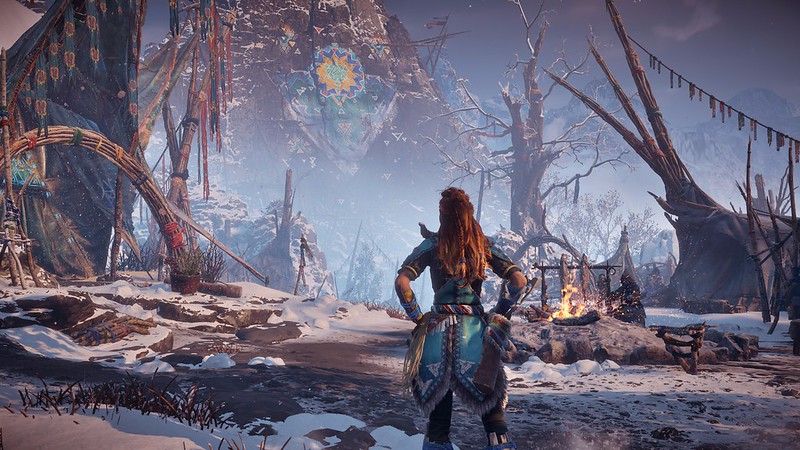 Enter The Frozen Wilds, Horizon’s brand new expansion story with new unknowns for Aloy to uncover. Adding to Horizon’s already stellar campaign, The Frozen Wilds introduces a new region known as The Cut, where the untamed wilderness has now been draped in snow, hence the title.

Although not classified as end game content, The Frozen Wilds is designed for experienced players; suited for level 30 Aloys and above. Although technically accessible before meeting the level threshold, Aloy will have a hard time acclimatizing to her new surrounds and the savage beast guarding access to it.

Clocking in at around 15 hours of gameplay, there’s substantial content to explore in The Frozen Wilds.

If you’ve already completed Horizon: Zero Dawn, the game resets back to just before the final quest in a sort of New Game+ mode where your progress so far is preserved. It’s highly advised that you unlock as much of Aloy’s skill sets and stockpile on supplies and ammunition before hiking towards the treacherous mountain tops. 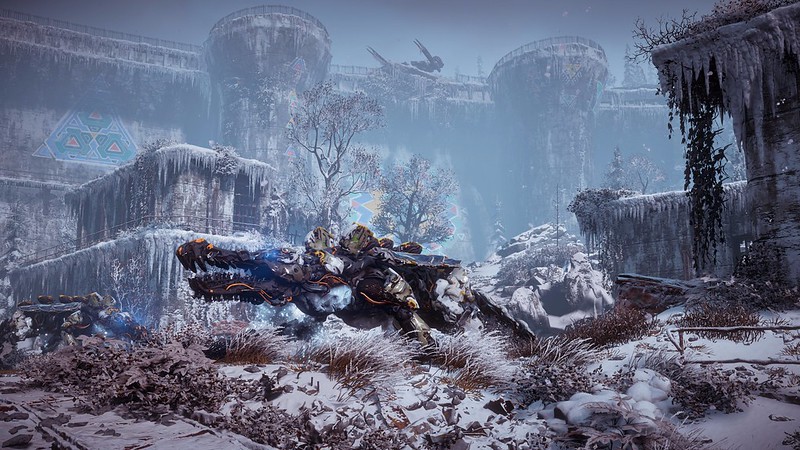 The story centres on Aloy establishing a relationship with the icy settlement of the Banuk tribe to uncover the secrets of more hidden science facilities. The Frozen Wilds plays very much in-line with the original, completing favours, proving herself (yet again) through hunting trials, conversing with allies as more truth is gently revealed at a time. It isn’t exactly breaking new territory or new truths, but delivers more of what was so intriguing in the base game.

Clocking in at around 15 hours of gameplay, there’s substantial content to explore in The Frozen Wilds. Naturally there are new zones in The Cut to venture through, new creative and larger than life beasts to battle, as well as brand spanking new weaponry and outfits to dress Aloy in.

The Frozen Wilds gameplay deviates from its fundamental “primitive” design of cleverly making use of traps and triplines in favour of brute force. Some of the new weapons acquired in the expansion are so powerful; that blasting a target in the face is far more effective than utilising a well-timed Tripcaster. It does take a bit away from what made Horizon: Zero Dawn so brilliant to begin with, that sense of vulnerability and self-preservation which made Horizon so charming to begin with. 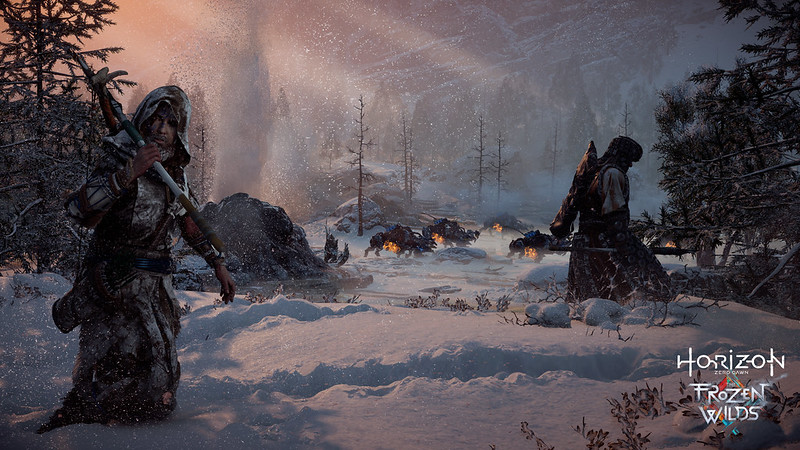 Visuals are just are sublime as I remember. It’s no mistake Guerrilla Games added a Photo Mode to showcase how majestic the game can be to capture. Flames dance in vivid colour and detail, light burst and shadow contrasting is realistic, and character facials capture all the raw grit and dirt of a well-travelled nomad in Aloy. The Frozen Wilds keeps presentation clean, polished, and at the top of the game.

The Frozen Wilds keeps presentation clean, polished, and at the top of the game.

The new hook of added snow has been expertly introduced into the world of Horizon. Snow falls from above as light as can be, carried by the wind in a draft before settling beneath Aloy’s feet along paths and frozen over lakes. The Decima game engine is on full display, highlighting the attention-to-detail and craftsmanship of Guerrilla Games animators.

The Frozen Wilds is for all intent and purposes an expansion, and feels that way too. It adds to an already glorious experience, providing more for Aloy to explore and unearth in new, unfamiliar surrounds. It’s hard to improve on near perfection but The Frozen Wilds is a good starting point, further cementing the Horizon: Zero Dawn franchise as a standout for the 2017 gaming calendar. 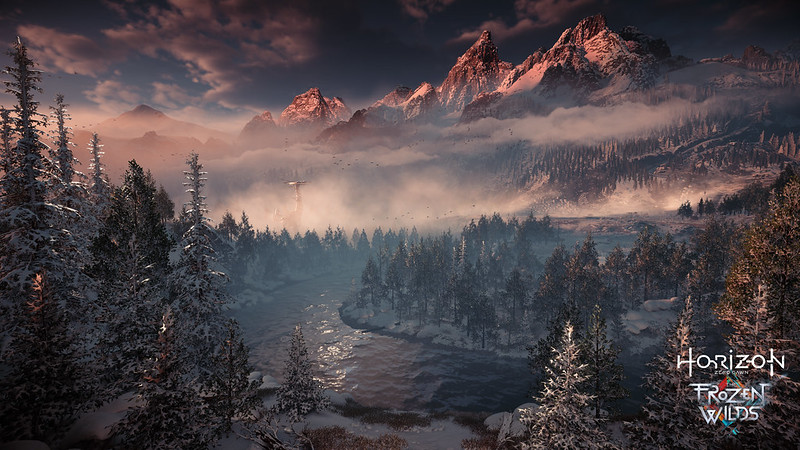 It adds to an already glorious experience, providing more for Aloy to explore and unearth in new, unfamiliar surrounds.