The second expansion to Hearthstone, The Grand Tournament is now available.

Adding more than 130 new cards to Hearthstone (138 to be exact), the expansion set is available for players to purchase right now. You can buy the new set in booster packs for 100 gold each, so hopefully you stocked up on some cash prior to the release. 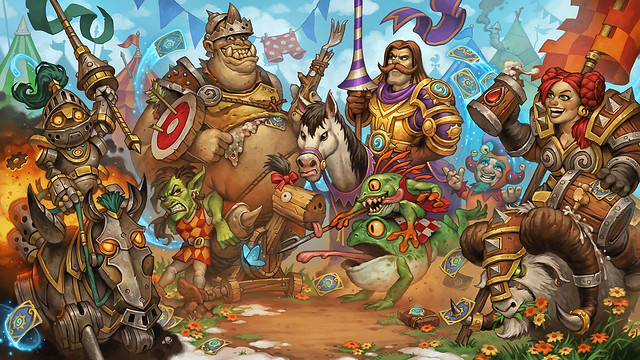 The Grand Tournament takes players to the frost-covered continent of Northrend, where the heroes of the Argent Crusade once held a prestigious tournament to select the bravest and mightiest champions in all the land.

Though the evil that once held this realm captive has been vanquished and order restored, the jousting continues in the spirit of fun and friendly competition!

If you played Tavern Brawl this past week, you would have got to sample a few handful of cards, including the new game mechanics ‘Inspire’ and ‘Joust’. Inspired minions have effects triggered by activating your Hero Power, while Joust pits you and your opponent is a random draw to see who has a higher cost minion. The stakes are high, but so are the payoff if you’re successful in a Joust.

How these new cards will impact the current metagame isn’t clear, but after a few handful of games this morning, there’s a few standouts already. 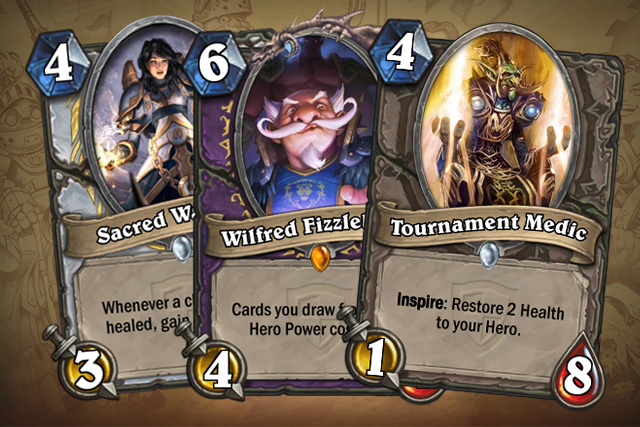 You can purchase The Grand Tournament packs with gold, real cash, or earn packs through Arena Mode, and crafting the cards you want with Arcane Dust.

The Grand Tournament is available in Hearthstone on PC, iOS and Android devices.