For a franchise as large as Gundam, Gundam Versus launched onto PlayStation 4 in quiet fashion. Gundam Versus forgoes a story mode to focus purely on the iconic Mobile Suits in mech-on-mech combat in solo battles and tag team fights. Despite the singular approach, Gundam Versus isn’t as bad as it might appear on paper. 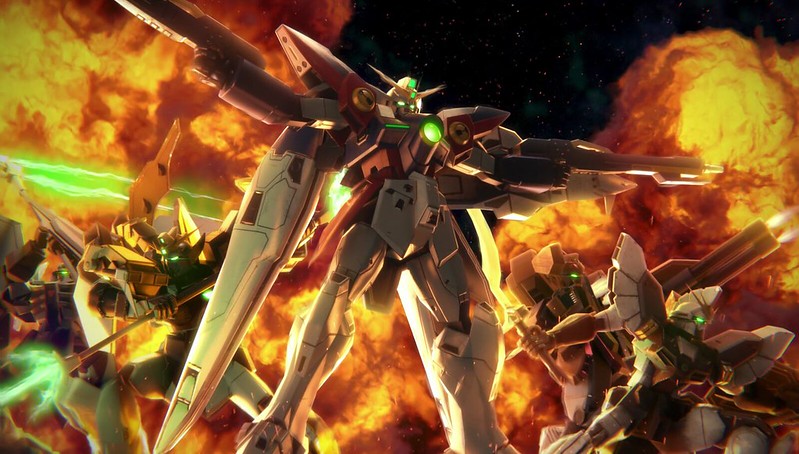 Gundam Versus is based on the insanely popular Mobile Suit Gundam series, spanning over 35 years of manga, anime and video games over that course of time. The franchise churns millions of dollars in construction model sales and merchandise each year, sitting atop as the leading definitive series when it comes to giant mecha combat. Its success in Japan has gradually translates to new fans over in the West throughout the years, with more and more Gundam titles finding their way to English-speaking shores. As far as I’m aware, Gundam Versus is the first title in the VS series to make it outside of Japan, despite being the fifth entry in the series to date.

Built entirely from the ground up exclusively for the PlayStation 4, Gundam Versus looks ridiculously polished in the graphics stakes.

Built entirely from the ground up exclusively for the PlayStation 4, Gundam Versus looks ridiculously polished in the graphics stakes. The Mobile Suits look true to their animated counterparts, sporting minuscule detail only the most discerning Gundam fan will notice. There are over 90 Mobile Suits to choose from, spanning multiple Gundam sagas over the years, each with their own unique range of weapons specific to the Mobile Suit.

If the playable line-up of Mobile Suits isn’t enough for you, there are also 5 additional DLC characters already available to purchase. I imagine more Mobile Suits will become available over time, but aren’t really essential buys unless you really have your heart set on a particular character. 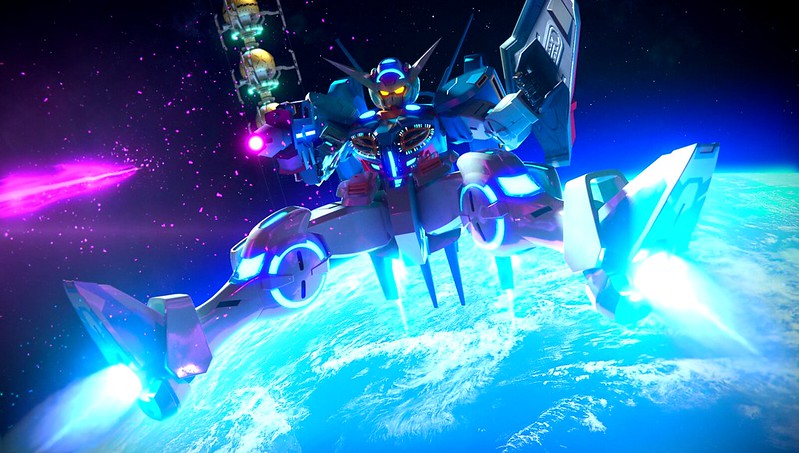 Battles can be played in both online and offline modes against other players or NPCs, where you can play in 1v1, 2v2, or even 3v3 battle modes. In offline play, there’s Free Battle which is essentially a practice mode perfect for diving straight into fights. There’s a Trial Mode that has you battling AI opponents that progressively become harder with each mech you down. Lastly there is Ultimate Battle where you choose a difficulty level, and then take on wave after wave of enemies until you’re completed your objective.

Online modes feature ranked, casual and player matches. Casual is as the name implies a casual battle where you can opt to fight in 1v1, 2v2, or 3v3 game modes. Player matches lets you pair with friends for tag battles, or you can join a lobby to find a suitable online game to join. While you wait for other players, the game plonks you into a skirmish AI match, which appears to be the trend nowadays. You do have the option to search for worldwide or region-specific players, although I did find myself waiting for a good amount of time whenever I went with the regional option. Lastly is the ranked mode, where players can climb a ladder with each win and take on other players of similar skill level. Taking part in any battle mode rewards you with GP points that can be used to purchase upgrades via the Mobile Suit Development Tree.

Gameplay is an assault on the eyes, as metal on metal clashes takes place in breakneck pace. Despite how crazy it can all appear at times, the PlayStation 4 is able to keep the action rolling along at a smooth and uninterrupted pace, whether you are online or offline during battles. Gundam Versus introduces a new “Boost Drive” mechanic, adding to the standard Boost Step and Boost Dash techniques of past titles. Boost Drive allows you to boost downwards, effectively making combat occur at a more fluid and heighten speed. The breaks between battling mechs are shortened for battles that feel more connected than previous VS. games. Controls are solid on the DualShock 4, although there is the option to remap buttons if you find anything particularly out of place. 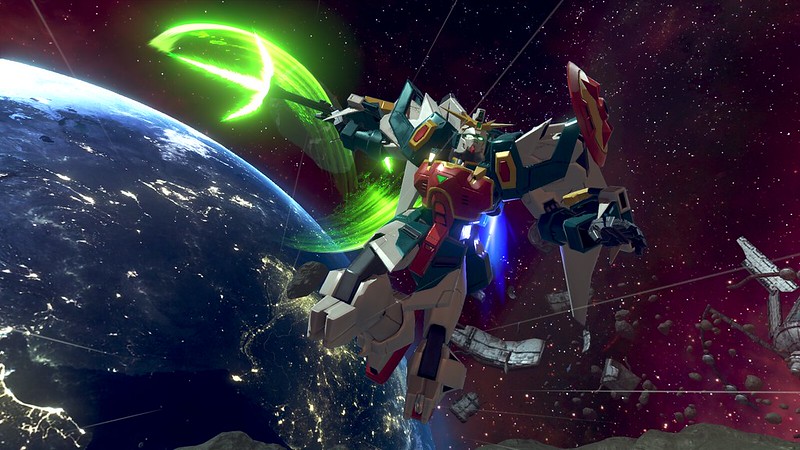 The Assist mechanic from the previous title, Gundam Vs Gundam Next has been tweaked into Strikers, where you can call in assist units to chain combos together. Strikers can only be called in a limited number of times per game, however you are able to replenish by using the Burst system. With over 180 different assist units to unlock, replay-ablility is high for what essentially boils down to the same battle mechanics over and over again.

Gameplay is an assault on the eyes, as metal on metal clashes takes place in breakneck pace.

I had one major issue with Gundam Versus, and that is the game is completely void of any sort of story mode. It’s such a shame given how much fun combat is in the game, and if it were paired with canon from the series (which there is plenty of); it would be so much better on so many levels. Maybe this is nit-picking given games from the Dynasty Warriors Gundam series struggled to incorporate feasible stories between the differing arcs and chronology, but it’s worth mentioning for those that were hoping for a bit of storytelling. 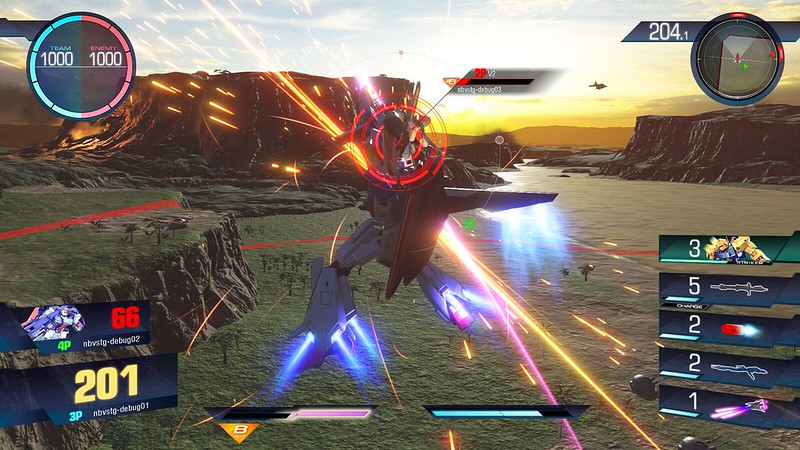 Gundam Versus is a decent brawler title. If you can get over the fact there is no story mode or any sort of narrative whatsoever, you’ll find a well-developed, graphically superior Gundam title worthy of a place in your PlayStation 4 library. Of course like most, if not all video games based on anime, Gundam Versus is best enjoyed by those that already know the series, which no doubt there are plenty of.

Gundam Versus is a decent brawler title. If you can get over the fact there is no story mode or any sort of narrative whatsoever, you'll find a well-developed, graphically superior Gundam title worthy of a place in your PlayStation 4 library.