Change in direction for the GT series.

The tail end of 2017 is shaping up well for racing fans, with a number of quality driving titles hitting the road. There was DiRT 4 mid-year and WRC 7 for your rally fix, the annual offering of F1 2017 for high octane thrills, and more recently Forza Motorsport 7 and Project Cars 2, both delivering benchmark results for the rest of the field to chase down. For many avid drivers, Gran Turismo Sport is the most wanted of the pack, especially after a four year break and the first title to drift onto the PlayStation 4. 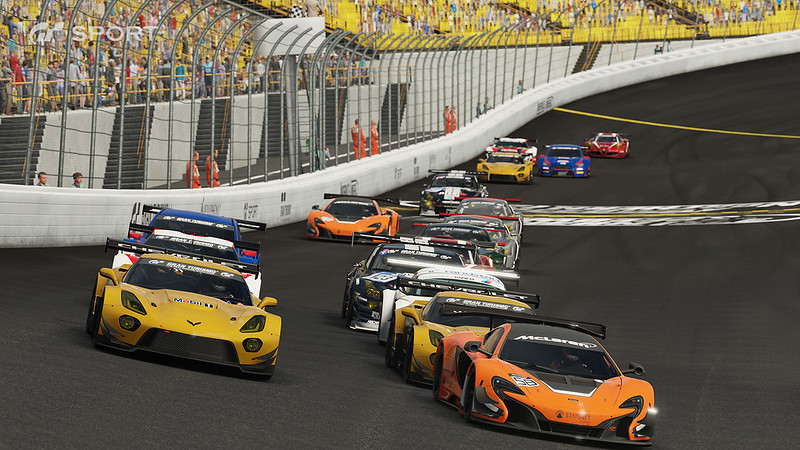 …GT Sport is a much different driving experience compared with its predecessors.

GT sport is described as a new breed of Gran Turismo, the first title to be released for the “second generation” of the Gran Turismo franchise, the first generation concluding with Gran Turismo 6 on the PlayStation 3. As such, GT Sport is a much different driving experience compared with its predecessors. The traditional progression through career mode of unlocking cars, championships and content has been scraped, with focus now on the online component of the game.

There is still a Campaign Mode available, although it is more utilised as a means of improving your driving skills in preparation for the online mode. Campaign is divided into three areas – there’s Driving School, Mission Challenge, and Circuit Experience. As evident from the titles of the different sections, Driving School teaches you the fundamentals of racing from entering and exiting corners, to establishing a racing line and braking techniques. From here, Mission Challenges has you blitzing through tracks to complete objectives before diving into Circuit Experience which tests your driving prowess through sections, before letting you conquer a whole lap on your own.

Obviously the developers want players to invest in the Campaign Mode first before taking on real-world players in Online Mode, and even for seasoned racers the tutorial structure can serve as a brief refresher course before you hurl yourself into the unforgiving realm of the online Sports Mode. It’s not to say that you can’t jump straight into Sports Mode, but you’re more likely to be competitive in races once you’ve come to grips with the handling and nuances of GT Sport, rather than lagging at the back of the racing pack. 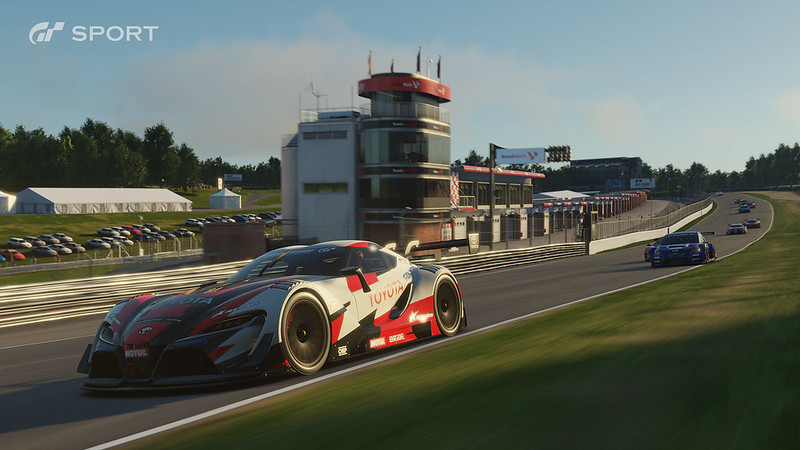 With such a heavy emphasis on the online mode, long-time drivers of the Gran Turismo series may be disappointed by the change in direction for the franchise, and how well you can adapt to the changes and your surroundings will directly influence your overall enjoyment of GT Sport. Even though Campaign Mode may not be the behemoth of what a career experience in Gran Turismo used to be, there’s enough challenge to test you, especially if you’re out to secure gold in each event, which is nothing short of a challenge in itself.

As with all Gran Turismo titles before GT Sport, driving is sheer exuberance. Cars handle beautifully and as authentic to their real world equivalent…

Once you’ve acquainted yourself with the how-to of driving, the bulk of the GT Sport experience takes place with online racing in Sports Mode. Sports Mode is an experience designed to be played over many weeks, months and possibly years with upcoming events sent straight to your email. There’s Daily Races to take part in, as well as Championship rounds where you’ll be vying for a podium finish to improve your standing. When racing with others, there’s a certain degree of etiquette when it comes to racing. Simply barging into another racer because they took a position from you will see you penalised for unsportsmanlike conduct. If you plan on further improving your overall rating, you’ll want to contest racing lines cleanly and exercise best behaviour.

One thing worth noting about Sports Mode is you will need to connect to the game’s server in order to get access to all its features, which includes saving your progress. This is largely due to Polyphony plans of having GT Sport become a legitimate esports title, with all player data, statistics and performance logged for competitive purposes. If you’re planning on playing GT Sport offline only, your overall experience is going to be immensely hindered without an internet connection, due to the lack of offline content to play, something Gran Turismo purists may struggle to come to terms with. 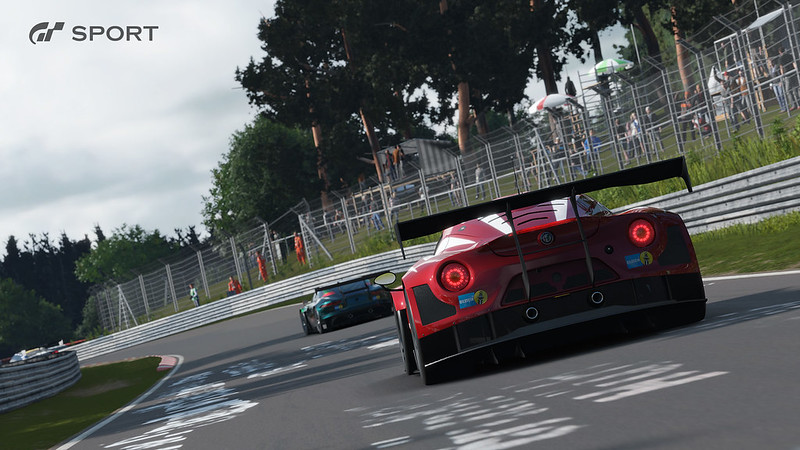 As with all Gran Turismo titles before GT Sport, driving is sheer exuberance. Cars handle beautifully and as authentic to their real world equivalent, at least so I’ve been told. Personally I’ve yet to get behind a LaFerrari to compare against. Cars are responsive and capable of ripping through a corner at high speed, but floor it too hard and you’ll find yourself eating a barrier before too long. There’s a multitude of customisation to tweak handling to suit your driving.

There’s no shortage of cars to climb into the cockpit of, with over 160 cars in-game from stock cars, to race cars and concept cars, and 22 different tracks to race them on. That being said, the stable of vehicles isn’t quite up to par as some of their recent competitors which feature more automobiles in their line-up. Even comparing against its predecessor sees GT Sport coming up short in the roster stakes, not to mention historic cars are strangely absent for unknown reasons. It’s been reported that more vehicles and tracks will be added at a later date in the form of downloadable content so that should address the elephant in the room. 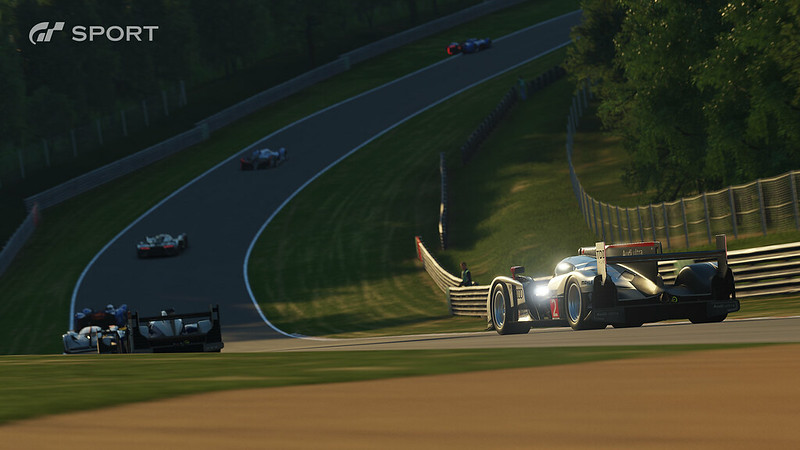 User menus are intuitive and easy to navigate and PlayStation VR support is a welcome addition, although is sadly limited to single races. Experiencing the cockpit from a different perspective is eye-opening, but you do sacrifice a degree of visual fidelity for the trade-off. I imagine VR will get better with time, but this isn’t a bad starting point for the GT franchise.

Gran Turismo Sport isn’t GT in the traditional sense, but works to re-invigorate a franchise that has outlasted the competition over the years. With changing taste in the racing genre, GT Sport represents an evolution for the series, moving away from solo experiences in order to embrace the world of online competitive play. It’s a bold move and the execution is respectable. If you’re a long-time driving aficionado of the franchise, go into GT Sport with an open mind and you’ll exit the driver seat with a deeper appreciation. 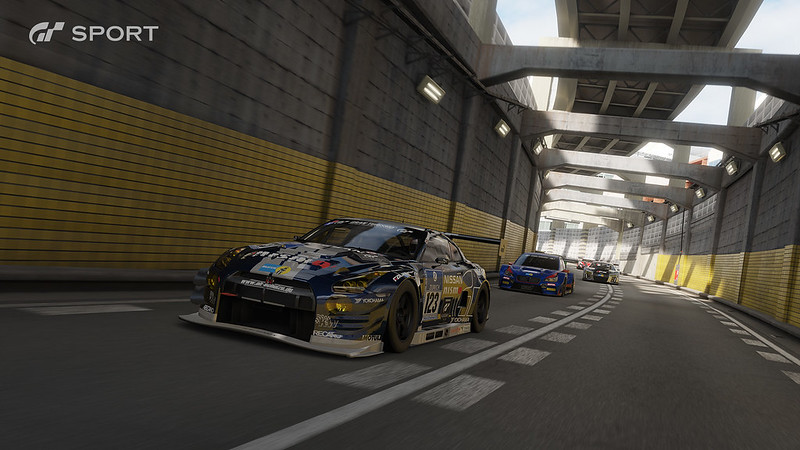