Gold and Silver variants of Mario amiibo have been found on Nintendo’s website.

Crafty amiibo fans have managed to uncover Product Certificates for the two variations, with detailed specs and product image.

Since word has gotten out, Nintendo have responded by swiftly removing the offending PDF files so you won’t be able to access them, but screenshot of each of the product certificates can be viewed below. 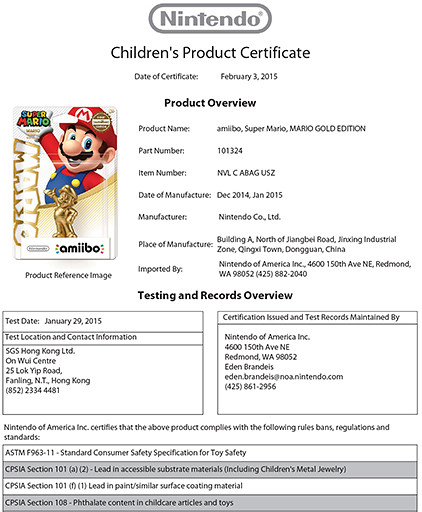 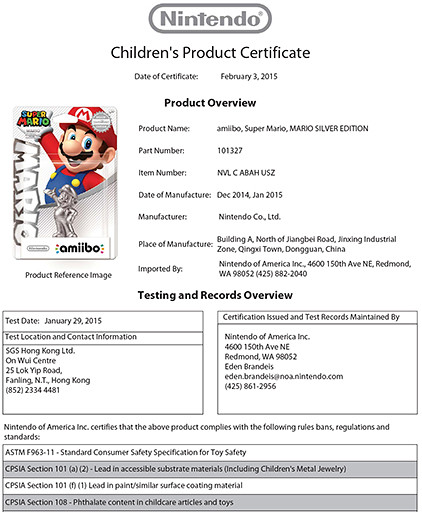 It’s not clear if these will be available at retail, or perhaps given away in some sort of Nintendo promotion as this is the first time we’ve seen different version of one particular amiibo. Prior to the announcement of Club Nintendo being discontinued, I would have put money on these being redeemable amiibo with Star Points but now I’m not so sure.

Details on when, or rather if these will come into fruition isn’t clear but tests were completed as recent as January 29th, 2015 so they very well could be on their way into a retail store near you.

At the rate amiibo’s are flying off store shelves in Australia, they wouldn’t last long even if they do turn up. Let us know if you do manage to get your hands on these shiny Mario versions.