Backyard Battleground is aan all-new dynamic hub in Plants vs. Zombies Garden Warfare 2. This interactive environment connects players to every map and mode, and brings to life all new ways to experience the Plants vs. Zombies universe through solo and social play. 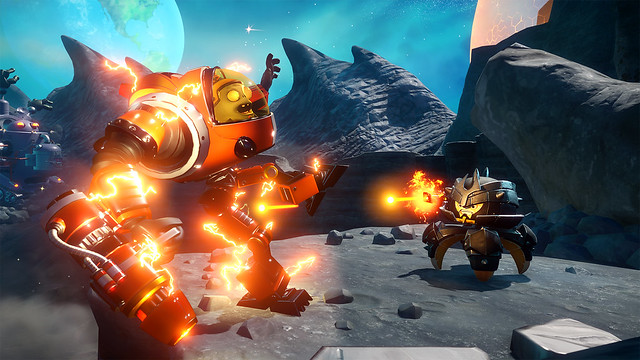 As soon as the game starts, players will be immersed in a wild playground with dynamic events and tons to discover and do.

They can invite up to three friends into their Backyard Battleground to do almost anything they want – take on daily quests, complete missions for Crazy Dave and Dr. Zomboss, interact with some of their favorite Plants vs. Zombies characters, ignite an all-out war by crossing over enemy lines and much more. The Backyard Battleground is an immersive hub unlike anything that has been in a Plants vs. Zombies game before. 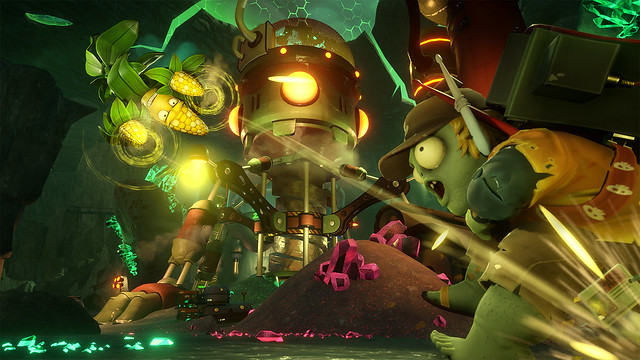 Crafted by Dr. Zomboss, and inspired by one of the development team’s most favorite videogame franchises, this mech will help ensure Zomburbia’s galactic future.

Gamers will have a blast playing with what was built to be the best-looking bane of plants everywhere. The Z7-Mech comes strapped with tools like the melee Zomni-tool, as well as interlocking ceramic plate armor with kinetic padding. This character is designed to augment tech, biotic, and weapons damage. 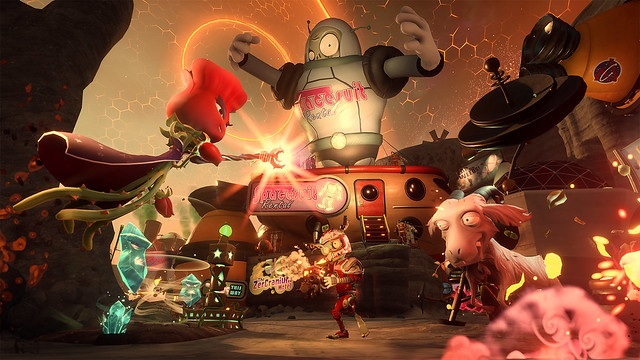 The battle for Suburbia reaches crazy new heights in Plants vs. Zombies Garden Warfare 2. For the first time in franchise history, zombies have taken over Suburbia and plants are on the attack. Each faction has enlisted new characters to join the fight, including Rose, an all-powerful sorceress from the past that can turn zombies into playable goats and Captain Deadbeard, a crusty pirate that has been adrift for hundreds of years.

All the over-the-top fun takes place across 12 new immersive maps that are bursting with personality and humor, spanning everything from a Time Travel Theme Park to Moon Base Z. Plants vs. Zombies Garden Warfare 2 taps into the heart of what fans loved about the original and goes above and beyond to deliver the funniest, craziest, most over-the-top shooter. 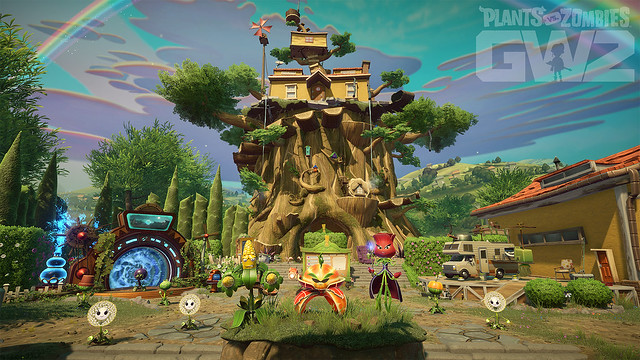 Watch gameplay footage of Moon Base Z below, as well as the official trailer for the game from Gamescom 2015.