Right from the outset, it’s clear that Team 17’s Flockers is set to be one strange ride. It’s not that its ideas are particularly wild or that it does anything notably new, but rather its oddities come from the fact that its various parts appear to be working against each other. Unfortunately, this issue goes far beyond the presentation and permeates the experience as a whole, making for a title that’s fun in spurts but ultimately tough to recommend. 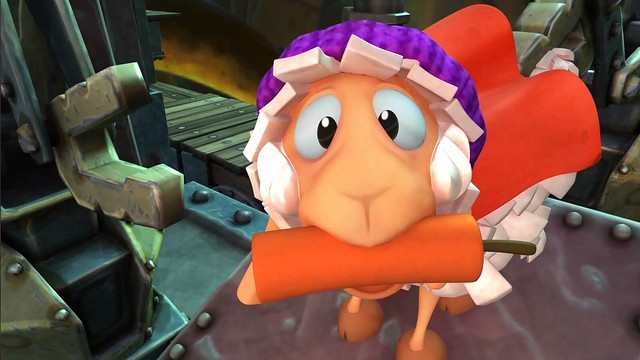 On one hand the sheep designs are downright adorable, looking like something from a children’s morning show. The frequent bleating is certainly amusing throughout, especially as they reach you directly via the PS4’s dualshock speaker. There’s a real sense of humour here too, as evident in the unlockable costumes and stage names, all of which are linked to an amusing sheep-themed pun. How strange it is then, when the little blighters meet a gruesome – and extremely bloody – end. Much of this mess can be turned off in the main menu, but those about to send us links to Happy Tree Friends should understand this is just the representation of a far deeper problem.

You see, it’s your job to save the flock from the business end of a buzz saw by granting powers, stacking sheep to reach new heights, leading them across buttons and eventually to safety. The trouble is that unlike Lemmings (which was tough yet accessible and gave us hours of joy before laying the smack down), nothing here is all that intuitive or addictive. Rewards are too few and meaningless to really push you onward when things get tough, with too little variation in the landscape to keep things interesting. One day developers will realise that it’s not a smart move to keep us in brown factory stages for long, or at least, one can dream. 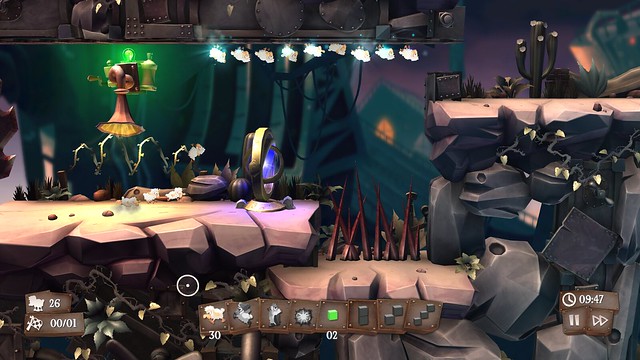 Timing is key in Flockers so you’ll need to stay alert when it comes to guiding them through. Only a single brave sheep need survive to achieve basic completion, but saying such a thing would be to discount the fiendish complexity with which the stages have been designed. Warp points and gravity reversals can complicate things more than they should, but it’s clear that real effort’s been made in devising the devilish traps. It’s just a shame that the game’s over-reliance on trial-and-error will likely cheapen any appreciation you may have otherwise had.

An example: you only have one super-sheep in the group, but you didn’t account for one little jump, blade or wall ahead so your little guy is about to go really well with a helping of mint sauce and gravy – now the only option open to you is yet another restart. This pattern will become all too familiar should you spend any meaningful time in the world of Flockers. As such, this game is best enjoyed in short bursts rather than extended play sessions. 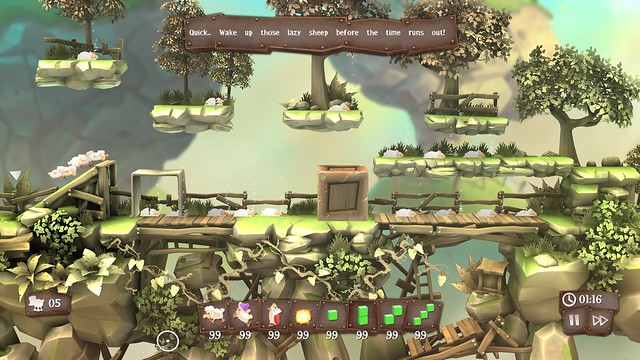 Puzzle fanatics will certainly enjoy the game more than those with limited patience. The sky-high difficulty means you won’t finish it in anything like a few hours, though you’re advised to think long and hard about your gaming preferences before you succumb to the doughy eyes of the flock and go in for the purchase. We’ve all seen this kind of game before, done better before, but not enough in recent times to completely write Flockers off as a lost cause.

Determined players will find a short-lived sense of accomplishment when their sheep avoid being sheared into oblivion. Regardless, the game could have been so much more had its gameplay been approached from a different angle. As negative as this review may rightly be, I recognise that there was, and still is, a great deal of potential here. A greater balance between fun frolics and healthy challenge as opposed to nasty trial-and-error could lead to a sequel that’s much more appealing to the average player. Right now, this is one flock in desperate need of a good shepherd. 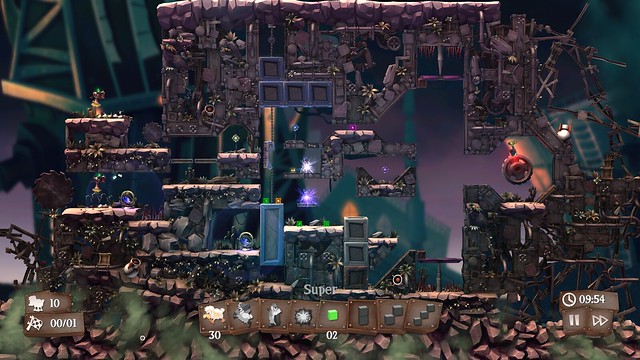