When The Evil Within released in 2014, the prospect of Resident Evil 4’s Director Shinji Mikami at the helm of brand new survival horror IP (intellectual property) was too delicious to not take notice. The Evil Within was a brilliant title in its own right, but didn’t quite hit the same highs as the critically acclaimed Resident Evil 4. In fairness, RE4 set a bar so high that in the last decade no other title has been able to match it. The Evil Within 2 is a competent horror title but is a shadow of Shinji Mikami’s genre defining opus. 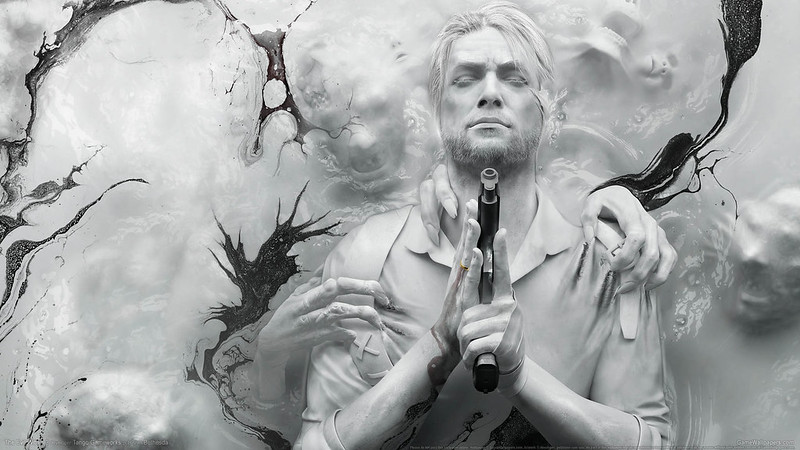 Central protagonist Sebastian Castellanos is back again, three years after his nightmarish descent into the paranormal world of Krimsong City. Sebastian is exactly the same as I remember him, generic without an air of personality. Of course if you went through what Sebastian did at the Beacon Mental Hospital, you’d probably be a bit damaged too from the whole ordeal.

No longer a member of the Police Department, Sebastian is now investigating the mysterious organization Mobius, as well as the disappearance of his wife Myra and the death of his daughter Lily. While boozing away his existence, events begin to unfold and there may still be some hope for Sebastian and his family. For poor Sebastian, he’ll have to venture into the realm of the supernatural again, this time the nether realm of Union. If you didn’t play the original, the sequel is still serviceable from the get-go thanks to an in-depth prologue before dropping you into a new round of screams.

The twisted suburb of Union feels like being trapped in a dream, where your perception of what’s normal can quickly warp to become something far more eerie than first impression. Union is a substantially larger game environment this time round, with differing paths to explore. It feels less linear and confine, with side quests and resource gathering breaking up that feeling of a corridor narrative. That feeling of the unknown, venturing into an unexplored area where you’re never really sure what lurks around the corner, or if the payoff is even worth the investment really tugs at your wellbeing. The air of unpredictability has been sorely missing in survival horror, where genuine scares have been replaced with set piece battles in modern takes on the genre. 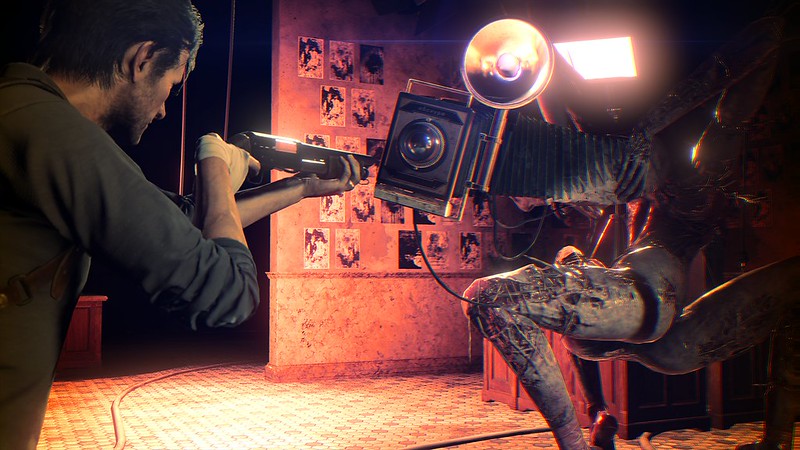 Although Shinji Mikami served as producer rather than director this time round, gameplay still retains a third-person perspective and it’s an absolute delight. There’s something quite terrifying spotting something approaching from your peripheral vision. The Evil Within 2 doesn’t really bring much new to the table gameplay-wise, but what it does instil the same tension of having your back against the wall, desperately trying to connect a headshot with each depleting round from your trusty handgun.

Sebastian has access to “The Communicator”, a companion device that helps locate and identify objectives, resource locations and enemies. The Communicator also reveals Resonance Points, providing handy hints about the world of Union. Sebastian can craft items with resources found, creating additional ammo in an intuitive way. You can craft on the fly or locate a workbench where you’ll require fewer ingredients to craft with. Abilities can also be customised with the right materials, as well as weapons to suit your need. The menu system is easy to navigate and makes you feel like your play through is truly unique.

The fine balance between survival and vulnerability is back, trying to conserve your ammo as a brood of lumbering zombies inch their way closer and closer. Sebastian has his handy bag of tricks to stave off death, with his handy crossbow and explosives when things get a little hairy, and of course healing items to keep him alive and ticking. There’s always the option to not engage hostiles altogether, or take a tactical approach and stealth eliminate a target with a bit of patience and timing. 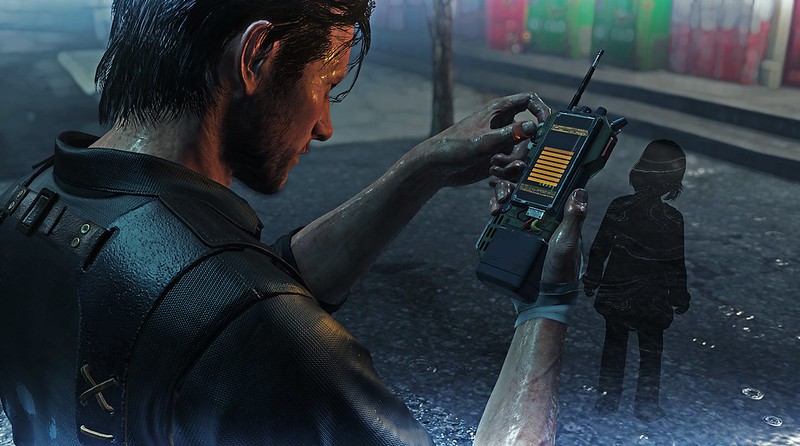 If the blood pressure raising survival isn’t already bad enough, The Evil Within gets the heart pumping with a regular heaping of jump scares to jolt your senses. Some placements are painfully predictable, but the ones that you never saw coming when you just started to get comfortable are really bloody scary, especially those jump scares that could potentially make you wee yourself a little.

Unfortunately for The Evil Within 2, the same weaknesses from the first game still apply here. The characters and creatures aren’t as well defined, and I’m starting to wonder if it’s Tango Gameworks problem or mine. Whether or not it’s a case of been done before blurring my opinion is open to opinion, but I still struggle to connect with Sebastian’s plight or the taking the narrative and villain’s motivations seriously.

The Evil Within 2 is an improvement over its predecessor in many ways. The game world has been expanded; paths are less linear and are far more memorable. Monster designs are improved, gameplay and handling is solid, and however the narrative is still on the cringe-worthy side. Looking beyond the flaw, The Evil Within 2 has more ticks than crosses to its name. 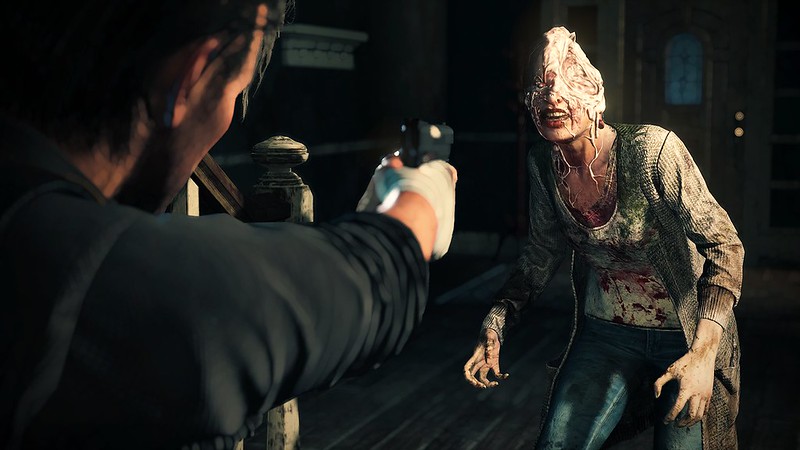 The Evil Within 2 is an improvement over its predecessor in many ways. The game world has been expanded; paths are less linear and are far more memorable. Monster designs are improved, gameplay and handling is solid, and however the narrative is still on the cringe-worthy side.