If you are a dedicated gamer, then you will know to look for three things when it comes to online games: quality of gameplay, graphics and, of course, entertainment. If you’re looking for something new to pick up and play, be it an exciting adventure or intense online gambling, then check out our list of the some of the best games you can’t end the year without trying at least once.

Sports, racing, action, casino gaming and classic RPG games fill up our list of some of this year’s essentials.

1. Lord of the Rings Online 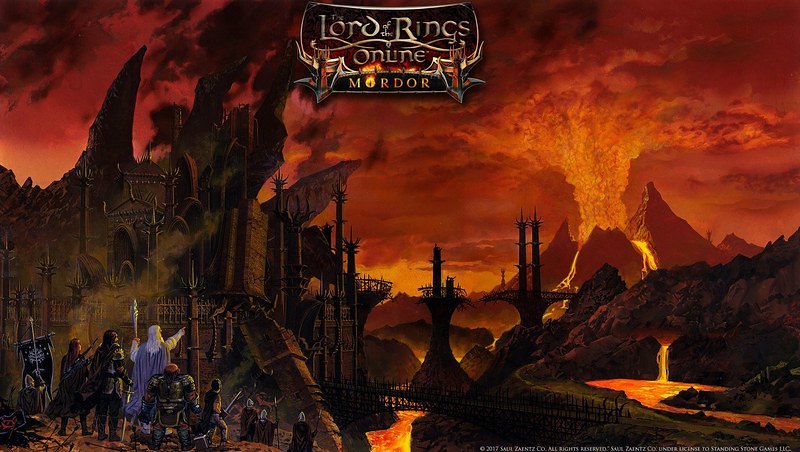 Known to be one of the most celebrated of fantasy books, movies and video games, the Lord of the Rings franchise has produced another successful product. Lord Of The Rings Online is a free-to-play massively multiplayer online RGP game for Windows that brings the brand’s signature touch to hundreds of hours of free gaming. Indulge yourself in an ongoing epic story featuring iconic characters like Bilbo Baggins, Smeagol and of course, Gandalf. You start off with your own character who has to accept countless quests that lead you on adventures filled with action and a sense of camaraderie, all while earning rewards for your heroic deeds.

The game has a plethora of features, such as the skirmishes, which lets you create large-scale battles with dozens of AI warriors and monsters to overcome. Fight your way through to emerge victorious and earn rewards in addition to unlocking rare items in many forms, from stat-improving weapons to armour and shields. If you get tired of venturing out with your hero, you have the option to enter the player-vs-monster faction, allowing you to join Sauron’s evil army and fight as orcs and uruk-hai to climb through the ranks. Whether you prefer to play as a good character or reek havoc on the evil side, the many customisable gaming options fits various preferences. All in all, LOTRO is an online adventure that will keep your eyes open and your hands on your in-game sword for hours.

Game Hosting: The Next Level for Your Online Games

How Does NASCAR The Game: The Inside Line Stack Up?

Reminiscent of League Of Legends but with its own twist, one growingly popular MOBA battle arena game for Playstation, Xbox, MacOS and Windows is Smite. Creators brought the camera up for a third-person view that offers a wide-angle take on an interactive game where gods of all mythologies go head-to-head in celestial battles of heavenly proportions. Offering 51 characters, all of which are designed in great detail, Smite lets you fight on the field in various ways, including 5 vs 5 battles. Sign up using your Facebook or Google account and skip the hassle of registering and you’ll be set to play for free. Enter in battle as Hercules and strike your foes down, or smash through your enemies with Thor’s legendary hammer- the game is continuously being updated with new characters for improved team-based action. Level up, buy stronger gods, climb the ladder of ranks and earn rewards as you fight alongside your trusted allies. For even more intense battles, you can check into the arena for a direct, three-way combat against two other teams.

Smite keeps the MOBA genre up-to-date and includes flashy visuals that makes for intense, aesthetic gameplay. Adventures of the fantasy type have also crossed over into other online genres, with Gods Of Gold available for those who prefer gambling, casino-style games like slots. Players place bets and take part in a slot-machine based interface to win cash prizes depending on the betting pool, or users still warming up to the world of virtual casino gaming can play for fun to start. Gods of Gold brings the mythical to online casino gaming and players also get access to promotions and premium packages available. The game uses HD cameras for players who enjoy high-quality aesthetics. Those who opt for online betting games also are also eligible to receive daily deals and free spins, and 888casino offers a VIP club for their most dedicated of players.

Since having amassed a constantly growing player base following its release on PlayStation back in 2012, Black Light: Retribution is an action-packed first person shooter available for online gaming. Much like its cousin, the very well-known Titanfall MMORPG action FPS online game, BLR offers up intense, adrenaline-rushing battles. Customise your soldier depending on how you want to play the game, be it first in the line of defence (or offence), or if you prefer to remain unseen and pick off distant targets with your sniper rifle.

Prove yourself enough on the battlefield and you’ll get to experience the Hardsuit drop: a full metal suit equipped with rail guns strong enough to turn the battle in your favour and shred through your enemies, among other prizes. The customization feature is very detailed, and allows you to pick out almost every inch of your soldier and equip them with the finest of weapons, ammunition types and more. For a free to play game outside of in-app purchases, Black Light: Redemption offers up everything an AAA game would. The continuously growing fan-base makes sure the game is constantly up and running for matchmaking, with a million plus players signed up and battling their way through.

Addressing the Issues for Women in Gaming – The Who, Why, How, What and Where.