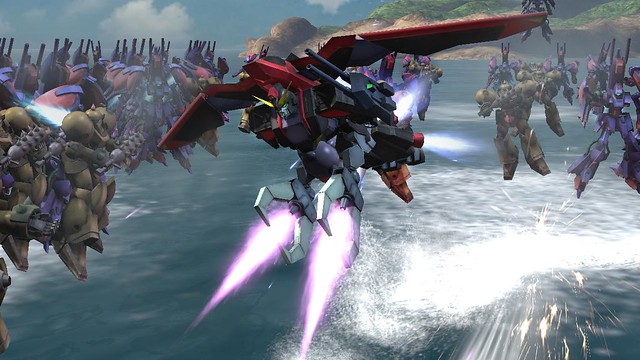 Gundam Reborn reverts back to its roots, replacing the cel-shaded art direction of Dynasty Warriors: Gundam 3 with a more realistic art style seen in the first two titles. Personally I quite liked the updated visuals in Gundam 3 but apparently not everyone was so welcoming of the new changes resulting in Tecmo Koei re-visiting its earlier interpretations. Don’t get me wrong, the graphics are just as impressive now as ever before, maybe even taking the visuals up a notch in its short lived absence.

Unlike the visuals, the gameplay mechanics remain largely untouched and familiar to past titles. It’s still runs at typical Dynasty Warrior: Gundam breakneck pace, presenting fluid animation despite the army of enemies littering the hectic battlefield. Gone are the over-the-top flashy attacks and in its place are more appropriate moves seen in its source material. Space battles have been bought back during certain levels to break up the constant running around, adding some much need variety to the hack-n-slash mix. Thankfully Partner Strike attacks have been retained. One of the highlights is seeing mobile suits cross between series, intertwining attacks to deliver devastating effect. 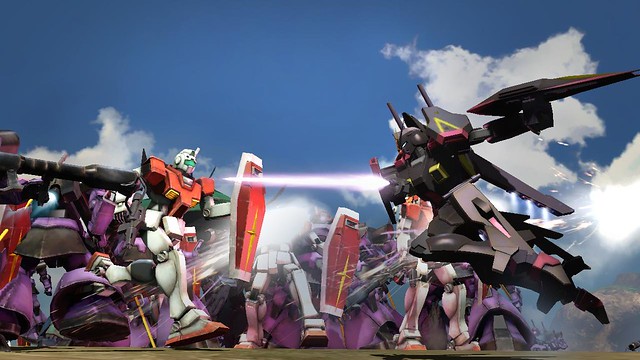 The roster of playable characters have been further bolstered to 120 different units including returning favourites, as well as the inclusion of new Mobile Suits and Mobile Armors featured in popular series such as Gundam SEED and Gundam Unicorn. One of the biggest complaints from fans was these character absences so this will surely quell the community, at least for the time being.

Mobile Armor is now available in Gundam Reborn, but there is a catch to accessing the new suits. Similar to Mobile Suits, Mobile Armor can be unlocked in the same fashion however in order to unlock their pilots, players will need to play through the Official Mode, a sort of “what-if” scenario mission as well as Ultimate Mode, that can take a bit of grinding to get through. Mobile Armors are a treat to ride around in, particularly the differences it offers compared with its Mobile Suits counterparts. 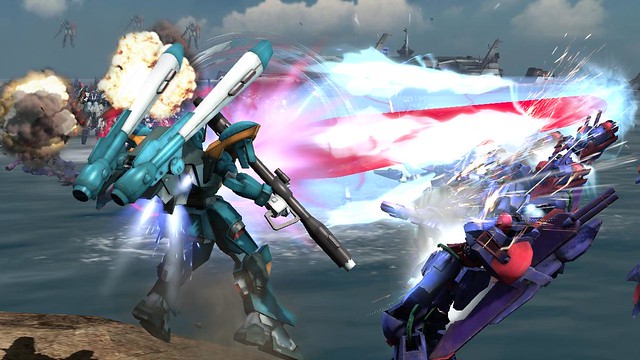 Also introduced to Gundam Reborn is the all-new Burst System, whereby capable mobile suits are able to transform into powered up versions of themselves. Interestingly the Burst System doesn’t use an SP Attack, but rather takes into consideration the modes, add-ons and pilot abilities as factors for determining whether the system is applicable. This approach tries to mirror the characters from the long-running anime which fans will certainly take a liking to.

Upgrades are not as cumbersome as before as Tecmo Koei take on a simpler, streamline approach to enhancements and boosts. Individual modifiers such as beam weapon length, projectile shots can all be modified with system plans which can also be merged together with other plans for better overall results. 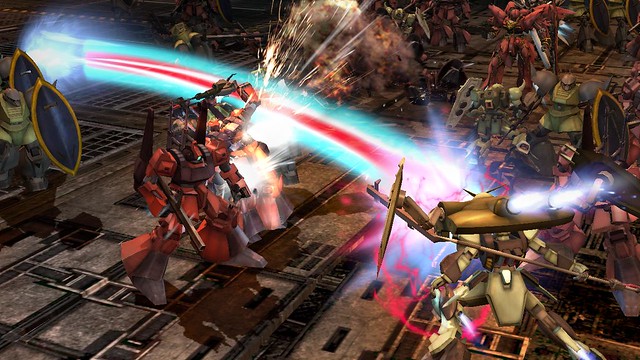 The storylines have been updated to cover a greater timeline, with extra CGI visuals and screen captures from the series themselves adding to the storytelling and immersion. Mobile Suit Gundam ZZ (Double Zeta) doesn’t make the cut in Gundam Reborn, as the developers opted for the New Translation version of Zeta Gundam instead. Crossover scenarios have now been broken up, replacing the longer connected story used in its predecessor. Interestingly, the localized release does not included a redubbed track like past games, so you’ll have to make do with Japanese voice acting and English subtitles.

Dynasty Warriors: Gundam Reborn is in essence the culmination of all the Gundam Musou series to date, refined and tuned for its loyal fan base. A chunkier roster, greater story canon depth with further enhanced gameplay, visual and overall quality makes it a highly recommended purchase for Gundam and Musou fans. Tecmo Koei rarely deviates from their unique formula and why would you when you’re on to a good thing? Gundam Reborn represents hours upon hours of gaming enjoyment, but those not familiar with Gundam may want to watch a few series before venturing into its complex story modes.

Disney Infinity 2.0 to Include “Big Hero 6” Hiro and Baymax