Devolver Digital titles are the epitome of ingenious game design. The publisher has a knack for releasing some of the most creative titles in recent years. 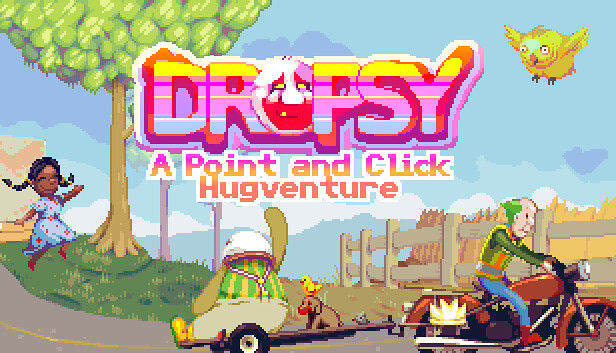 Titles such as Luftrausers have garnered worldwide success (and the frustration of gamers), while the shockingly brilliant Hotline Miami is a retro masterpiece not many would have predicted the impact it has had on the gaming industry. Devolver Digital recently followed it up with the sublime The Talos Principle, a first-person puzzle adventure leaving many critics and industry professionals in awe.

So when I heard Devolver Digital would be involved in a new title called Dropsy, I had to take a look at it for myself. Currently in development by Jay Tholen and the appropriately named A Jolly Corpse, Dropsy is a throwback to the days of point-and-click adventure games, except Dropsy is a little more sinister than the typical LucasArts titles you may have grown up on.

Although LucasArts games often bordered on darker topics, most were quirky titles catering to a younger audience. They weren’t the kind of games you’d go to sleep and have nightmares about. Dropsy on the other hand, combines the simple play mechanic with disturbing pixel-art visuals, pushing the boundaries of what a point-and-click adventure can be. 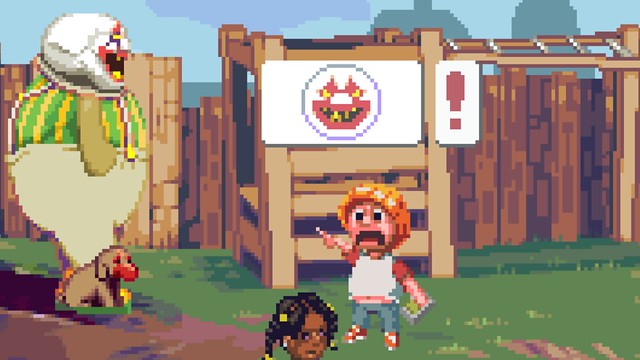 The main protagonist is a creepy clown named Dropsy, left an outcast after his family circus was burnt to the ground. Blamed for what happened, Dropsy will need to solve a series of puzzles, while hugging depressed people and animals to uncover the truth, ultimately clearing his name. Yes, that is the plot and I didn’t just make that up.

Dropsy’s art direction is tastefully bright and colourful, a sort of homage to the animated art styling synonymous with a long forgotten genre. Although visually appealing, there’s still an unnerving feeling watching Dropsy almost boneless like arms flop around as he strides from one click to the next.

A quick Google search reveals Dropsy is an old-fashioned term for the medical condition edema (also known as oedema and hydrops), where an abnormal amount of fluid accumulates beneath the skin. This definition fits Dropsy the clown to a tee, from his wobbly arms and slow pace, it seems A Jolly Corpse named its title character Dropsy for a reason. To know our oddly-looking clown has such an unsettling reference is just plain disturbing. 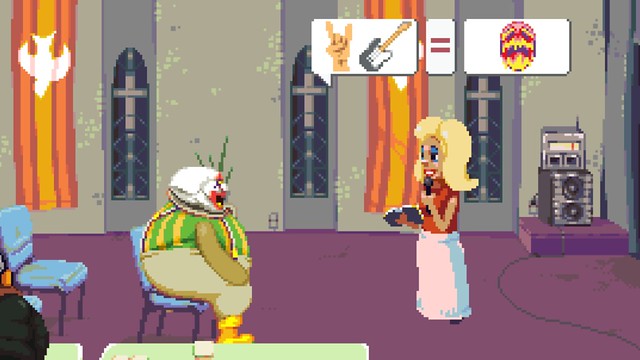 Joining you on your adventure is an adorable puppy that follows Dropsy around. You can have Dropsy play with his trusty canine companion, and that’s pretty much it. Given Dropsy is still in the development stage, I imagine the interaction between the two is yet to be finalised. I’m hoping they’ll be more added when Dropsy is released, as there’s plenty of potential for point-and-click fun between the two. The relationship between the two is a stark contrast in appearance, a theme I suspect will be explored further when the game is completed.

There are still some technical glitches in Dropsy, with inputs misinterpreted for other actions at times. For a title where so much control hinges on a player’s ability to interact with the game’s environment and objects, these problems will need to be addressed before Dropsy descends into a fully-fledged release.

Dropsy has potential, actually loads of it. The mature themes and cartoony visuals aren’t something you’d normally associate a point-and-click adventure to, but as Hotline Miami has demonstrated in the past, unconventional formulas can work, and rather well at that. Be sure to take a note of Dropsy. It may still have some way to go, but I can see it being another Devolver Digital title making waves when completed. 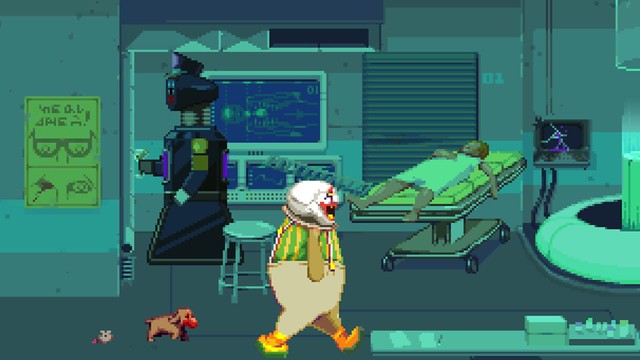 Dropsy is due for release on September 10th, 2015 for PC, Mac, Linux and mobile devices.

Dishonored Definitive Edition Available Now for PlayStation 4 and Xbox One