Dragon Ball Xenoverse 2 continues from where the original Xenoverse left off, taking the new series to a new level specifically designed for a new generation of consoles. I had a chance to preview Xenoverse 2 a couple months back to get a taste of what’s to come, and Xenoverse 2 lives up to the hype, delivering on many different fronts. At first appearance, Xenoverse 2 doesn’t appear to have changed very much, but that couldn’t be further from the truth. 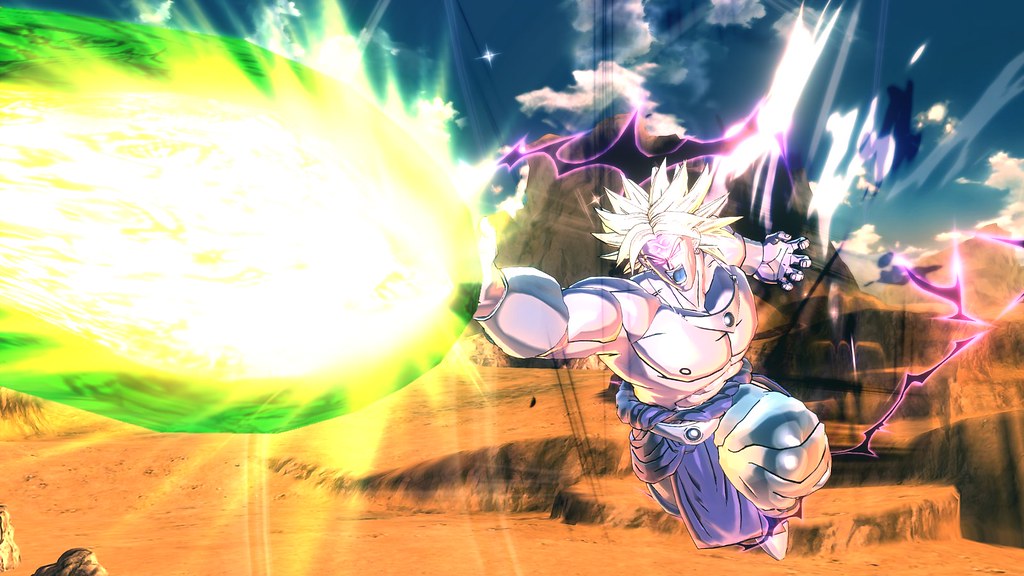 Graphically Xenoverse 2 looks just as stunning as the original, which is testament to how brilliant the visuals were in the first game. Developer Dimps managed to capture the essence of the Dragon Ball franchise, recreating a world in cel-shaded glory that looks like it was torn straight out of the anime. Now running at 60fps compared with 30fps of the original, Xenoverse 2 is crisp, smooth and just an absolute joy on the eyes. Quick dashing and teleporting happens in a flash making gameplay a more fluid and seamless experience.

Set two years after the events of the first Xenoverse, players take on the role of a brand new protagonist who is the latest recruit to the Time Patrol team. As history begins to alter once again, it’s up to you to fight through history to correct the timeline and make everything right in the Dragon Ball universe. The main plot isn’t too dissimilar to the original Xenoverse plot, although the central hub is now set in Conton City, a larger meeting point for you and other players.

Conton City is an absolutely massive hub location, seven times large than the old Toki Toki City hub, and capable of supporting up to 300 other players at the one time. You can also choose to fly around Conton City, which is a welcome feature given the scale of location. In Conton City you’ll be able to purchase items, accessorize your avatar in new clothing and gear, as well as take on NPC quests. For players of Xenoverse, you can also import your previous avatar into Xenoverse 2 as an NPC that you can encounter, which I felt was a nice homage for avid players.

Character customisation has been substantially beefed up, with thousands of possible combinations now available… 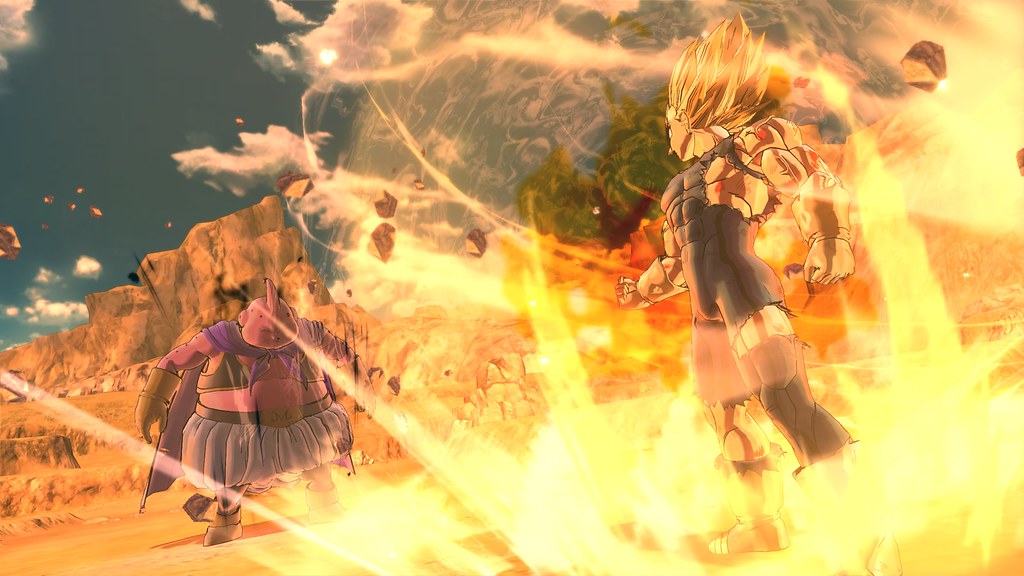 Although a continuation of Xenoverse, there’s only so much canon and original story available for time exploration, and as such more than 100 parallel quests have been reworked from the first title. Although you may feel a sense of déjà vu replaying some of these key events, the events have been tweaked to included additional bosses that makes the experience semi-fresh from mission to mission.

Character customisation has been substantially beefed up, with thousands of possible combinations now available to craft your unique persona. Choose between a multitude of different races, appearances and styles to make your Time Patrol truly unique. Whereas in the original Xenoverse, you’d eventually stumble upon another player’s avatar that looked starkly similar to your own, the options here are far more varied. Just like the original, you can also choose from a selection of powers and techniques, or build your own instead.

Gear from Xenoverse make a return in Xenoverse 2, although the stats have been adjusted in order to break away from the strict build options from the original game. Xenoverse fell into the same trap of many MMO’s where optimal gear is defined by a very selected few pieces of equippable items, whereas now players do have a level of freedom to mix-and-match gear without having to wear the same equipment as everyone else in order to achieve the best build option possible. 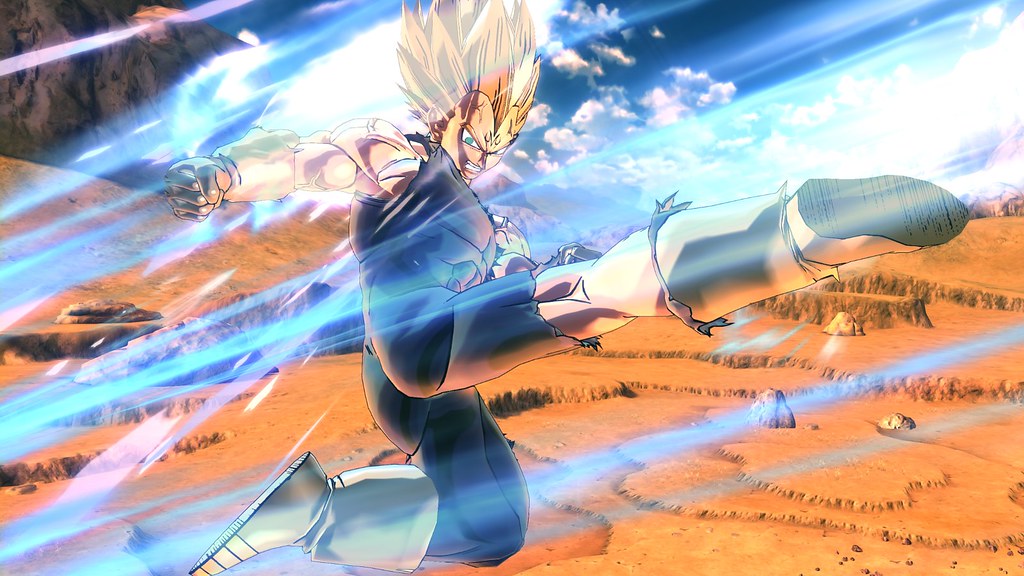 Combat mechanics has been further enhanced and reworked. Combo chains are now longer, and can be stringed together with other combo chains by inputting a new sequence before the first chain ends. There’s also the introduction of stamina break, a slow counter attack that depletes an enemy stamina gauge should it connect. This effectively locks out an enemy from evading your attacks for a set duration of time, letting you unleash a flurry of attacks in satisfying fashion.

Aura boost is new inclusion to Xenoverse 2, a quick dash that closes the gap between you and your target to within melee strike distance. There’s even reverse aura boosts for getting behind an enemy if timed correctly, allowing you to set up for a combo chain, or flip the battle back into your favour. Basic ki blasts have been tweaked from a single hold and charge attack to rapid fire bursts with a button tap. Ki blasts also home in to the target now, providing pew-pew damage that can help to keep an enemy at arm’s length once you set up for your next charged attack.

Z-Souls have been replaced with super souls, a stat buff and debuff, which also allows access to charged blasts from other races. Each race also has their own unique abilities and powers so Saiyans, Namekians, Majin, Freiza, and humans all play drastically from one another. I like the effort Dimps have gone to adding a point of difference, making you want to try out each of the races to see which abilities suit your play style best.

Xenoverse 2 continues the tradition of offering free updates, with a year’s worth of content scheduled from launch. 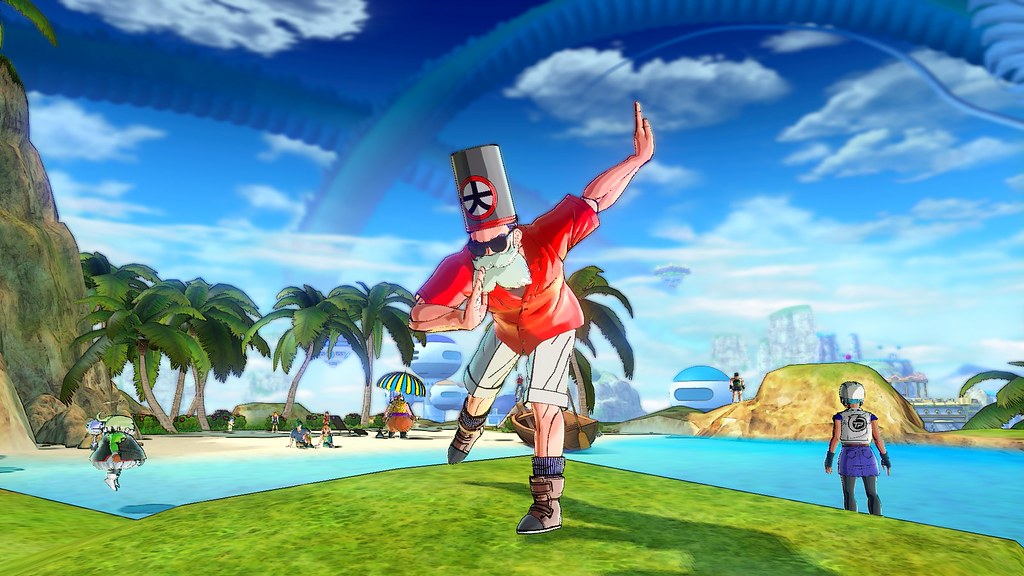 The ranking system has been re-evaluated in Xenoverse 2. Taking on missions will earn you experience which will move you up the ranks. Once maxed out, a combat advancement test can be taken to move further up the rankings. As your character levels up, new mentors will appear scatted around Conton City where you can learn new skills. Unlike the first game, you aren’t tied to any one mentor for training advancement.

Asides from the single-player experience, there is also a multi-player battle mode where players can choose from 68 characters from the Dragon Ball Z universe, including Goku Black from Dragon Ball Super, a first for the first for the Xenoverse series. There are New, Classic, and Team Battle game modes catering for up to 6 players, via local and online play.

Xenoverse 2 continues the tradition of offering free updates, with a year’s worth of content scheduled from launch. It isn’t too often a game gets this kind of support, at least at no additional cost to the consumer once they’ve purchased the game. It’s a generous gesture from Dimps and publisher Bandai Namco that offers plenty of longevity to Xenoverse 2. Max level is currently capped at level 80, but this will increase as new content becomes available. 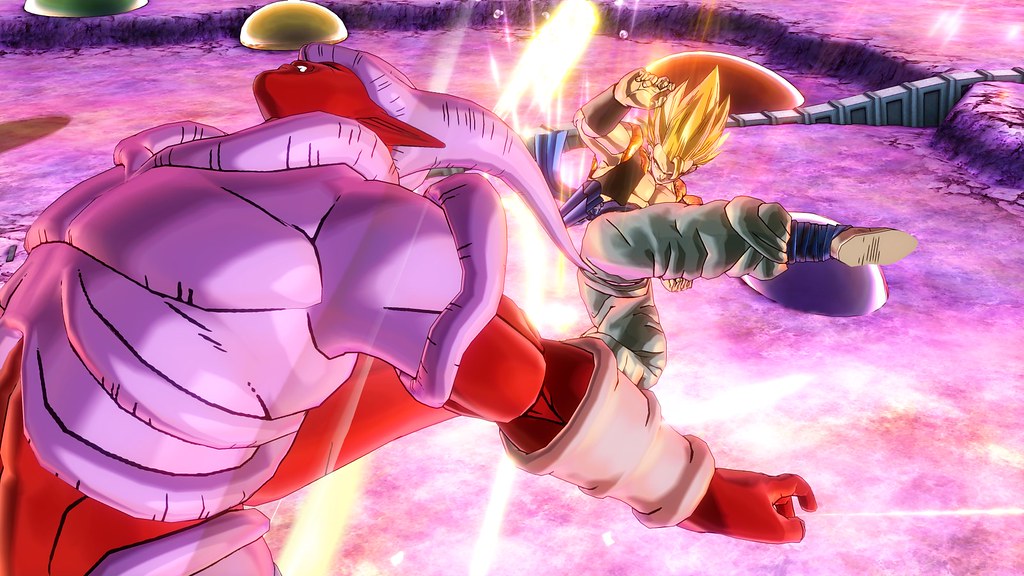 Dragon Ball Xenoverse 2 is what a sequel should be. Dimps have listened to the common complaints and frustrations of its player base, producing a brand new entry that builds on the foundation of the original while correcting many of its design flaws. It isn’t perfect by any means, but is a step forward over its predecessor, and honestly, what more could you ask for from a developer? If you’re a fan of Dragon Ball or a newcomer curious to find out what all the fuss is about the franchise, Dragon Ball Xenoverse 2 provides plenty of content, story-telling, and genuinely fun combat for all player types.

Dragon Ball Xenoverse 2 is what a sequel should be. Dimps have listened to the common complaints and frustrations of its player base, producing a brand new entry that builds on the foundation of the original while correcting many of its design flaws. It isn’t perfect by any means, but is a step forward over its predecessor, and honestly, what more could you ask for from a developer?

Dragon Ball Xenoverse 2 is what a sequel should be. Dimps have listened to the common complaints and frustrations of its player base, producing a brand new entry that builds on the foundation of the original.