Dragon Ball Fusions is the latest in a long line of games based on the Dragon Ball series, and the second to be released outside Japan on the Nintendo 3DS. 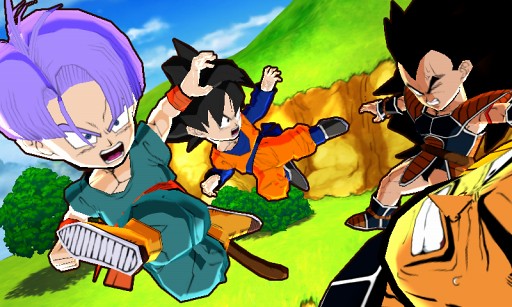 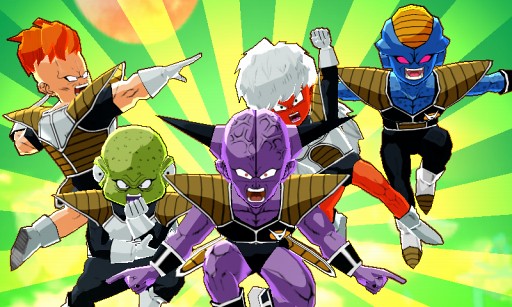 Just as we’ve seen in many previous Dragon Ball games, you start out by making your own avatar character. There’s a few different races to choose from, and a reasonable selection of customisation options. You soon find yourself exploring an alternate world which brings together all the familiar characters from Dragon Ball, Dragon Ball Z, Dragon Ball GT, and Dragon Ball Super. The roster is huge, so fans won’t have to wait too long before they’re meeting up with their favourites. There’s two main parts to the gameplay, exploration and combat. Exploration involves you flying your avatar around the game’s various large maps, which bring together classic locations from the series. Sadly, this experience is made a little less enjoyable than it could be because of the awkward flying controls. Having to hold down a shoulder button at all times feels unnecessary, and most of the time you’ll be wanting to hold down a second button just to speed up your flying to a reasonable speed. It feels a bit clunky.

It’s good to see the developers put effort into recreating the show, but there’s a lot of cutscenes playing out during each battle, and it tends to slow everything down.

Your progress through the maps is hindered by various coloured barriers. The game’s pacing can be a little slow, with a fair bit of grinding for the energy required to break through these barriers. Energy can only be gained from battles or mission rewards, and you only get a very small amount at a time. Grinding battles in order to collect enough energy is essential. Fortunately, the developers did a decent job of making the grinding interesting with the relatively fast paced battles.

Battles take place on their own smaller maps, with enemy characters scattered all over. Although the battles are turn based at heart, each action you select for your characters is then played out in real time. They’ll fly up to an enemy and hit them with an energy blast, engage them in fast paced close combat (with the player having some input into the result) or use a special attack which plays out in spectacular fashion. In fact, the whole thing might be a little too flashy for its own good. It’s good to see the developers put effort into recreating the show, but there’s a lot of cutscenes playing out during each battle, and it tends to slow everything down. You’ll also start to see the exact same cutscenes again and again once you’ve progressed a fair way into the game. 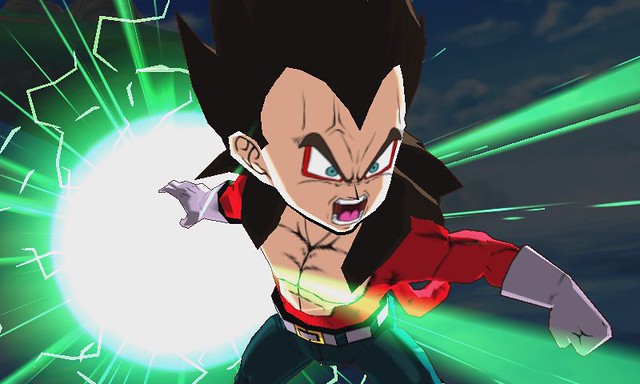 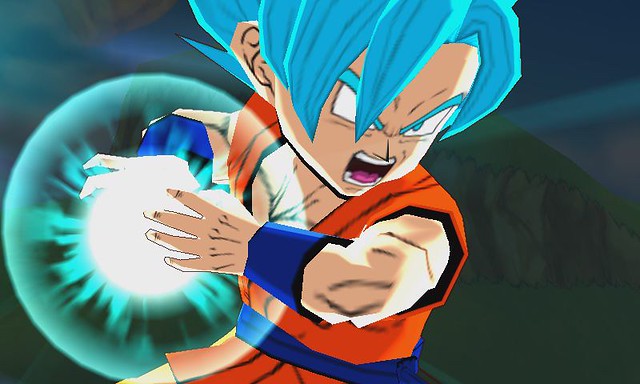 Each attack you land on an enemy will cause them to be pushed backwards across the map, with the goal being to knock them off the map. Accomplishing that will give your characters the opportunity to learn one of that enemy’s special attacks, as long as they are compatible with it. During battles, you’ll also have an opportunity to recruit members of your enemy’s team. Now, let’s talk about the condition for recruiting a character. The downside is that the method is somewhat tedious, requiring you to fill up a gauge in order to unleash a special attack. If you defeat an enemy with the special attack, you have a chance of recruiting them. The special attack gauge tends to fill up quite slowly, with only a tiny bit filling in each time one of your characters takes damage.

There’s a great range of interesting (Goku plus Krillin) and funny (Majin Buu plus Hercule) fusions to check out, but unlocking them all will require you to invest a large number of hours into the game.

The only efficient way to recruit characters is if you leave all of their teammates alive so that you’ll take damage and fill the gauge. That can be quite a dangerous strategy though, as you can end up quite close to death in the process from taking all the attacks. So while the mechanic is great, the method tends to end up adding a bit more grinding to a game that already has a large amount. Fortunately, you won’t need to recruit a large number of characters in order to beat the game, so that helps to mitigate the issue. Being able to recruit the random enemies you fight is a pretty cool mechanic, and does make the battles a little more engaging.

I came across a recurring bug, caused by the adventure bonus feature in the spaceship. It’s a minigame where you have to pick one of three hidden cards in order to get the rewards written on them. If you happen to get the reward which gives you some special moves, the game will usually completely crash and the 3DS will reset. That means that you’ll lose all your progress since your last manual save, since the game doesn’t offer an autosave feature. This could be a major problem for people who don’t save often and stumble upon the bug, causing significant loss of progress. It really needs to be fixed. For now, it’s best to steer clear of the feature altogether. 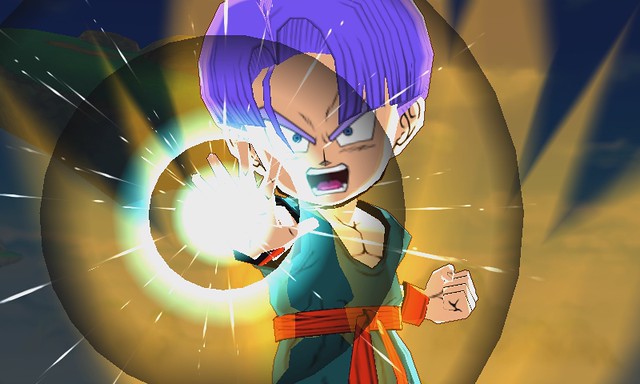 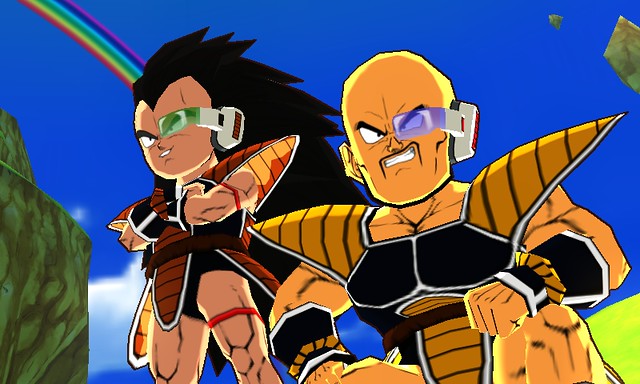 There’s a great range of interesting (Goku plus Krillin) and funny (Majin Buu plus Hercule) fusions to check out, but unlocking them all will require you to invest a large number of hours into the game. This may test the patience of even the hardcore Dragon Ball fans, as the gameplay doesn’t vary a lot over those hours. The mileage you get out of the game will depend heavily on how much you end up liking the core mechanics, and how long you’re willing to wait to get your hands on the characters you need to create your dream fusion. The fusion system itself works very well, and although there are some limitations on the combinations, the number of potential matchups is quite impressive.

Overall, Dragon Ball Fusions is a really mixed bag. It’s great to see a game that takes one of the series’ more unique concepts and plays around with it, allowing for some dream combinations that fans have wanted to see for years. The actual meat of the game itself is less enjoyable though, despite the fact that the battles make a strong first impression. It features a unique battle system, but it just ends up feeling a bit too repetitive by the time that the first few maps have been cleared. What’s surprising is how long it takes for the fusion system itself to be unlocked. After putting in a number of hours, I found myself starting to wonder when I’d be given access. The game’s presentation is high quality overall, with plenty of attention to detail, smooth animations, and heaps of iconic locations and characters to interact with. Fusions is a game that I’d hesitantly recommend to Dragon Ball fans, as long as they keep their expectations at a reasonable level. There’s definitely a fair bit of fun to be had with the game, you just have to be very patient in order to really find it. 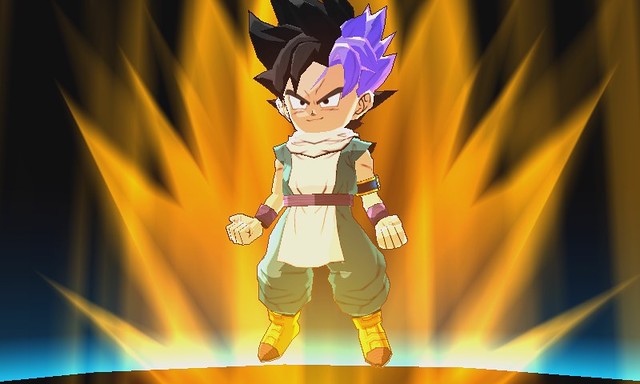 Dragon Ball Fusions is definitely a game made for the fans, but the level of enjoyment they get out of it will vary greatly depending on their level of patience and dedication.